Paola is using Smore newsletters to spread the word online.

Get email updates from Paola:

Come out to hear this amazing scientists speak! You won't regret coming! There will be drinks and snacks to enjoy.

Born on September 25, 1866, at Lexington, Kentucky, U.S.A. Died Dec. 4,1945, Pasadena, Calif. Morgan married Lilian Vaughan Sampson, in 1904, who had been a student at Bryn Mawr College, and who often assisted him in his research. They had one son and three daughters. He showed that genes are linked in a series on chromosomes and are responsible for identifiable, hereditary traits. Morgan’s work played a key role in establishing the field of genetics. He received the Nobel Prize for Physiology or Medicine in 1933. 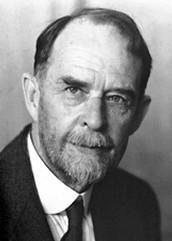 He was educated at the University of Kentucky, where he took his B.S. degree in 1886. His studies were morphology and physiology. In 1891 he became Associate Professor of Biology at Bryn Mawr College for Women, where he stayed until 1904. Then he became Professor of Experimental Zoology at Columbia University, New York, he remained there until 1928. Then he was appointed Professor of Biology and Director of the G. Kerckhoff Laboratories at the California Institute of Technology, at Pasadena, here he remained until 1945. During his later years he had his private laboratory at Corona del Mar, California.

Paola is using Smore newsletters to spread the word online.