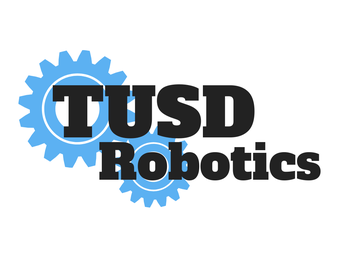 After a mostly virtual and remote year and a half of robotics, TUSD Robotics teams are back building, programming, and competing against teams with physical robots this season. A total of 7 tournaments were hosted and 57 competition teams used the engineering design process to build robots to play this year's official games.

VEX IQ Robotics students in elementary or middle school played a game called Pitching In where students designed catapults and flywheels to launch balls into goals.

VEX Robotics students in middle and high school played a game called Tipping Point where students designed lifts and many used pneumatics to move and balance heavy mobile goals and robots onto platforms that tip over.

Thank you to our dedicated coaches that helped make this season happen!

A total of 29 teams are headed to the Southern CA State Championships this year and will compete in either Los Angeles or San Diego. Congratulations to all of the teams and best of luck at the tournament! 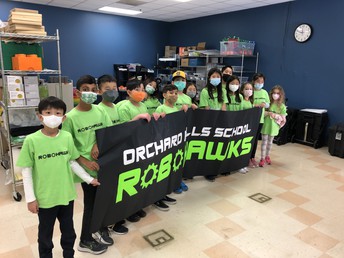 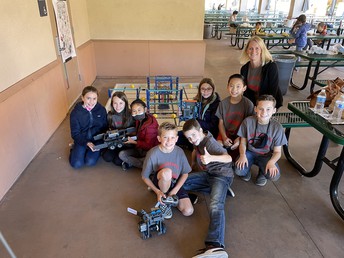 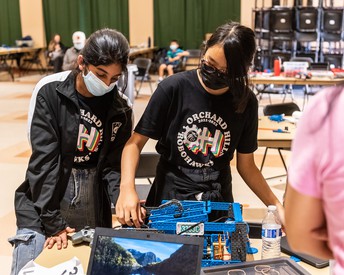 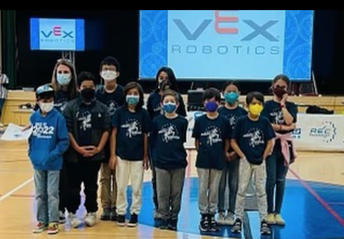 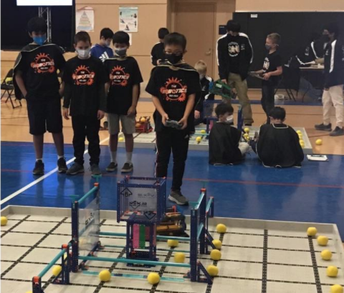 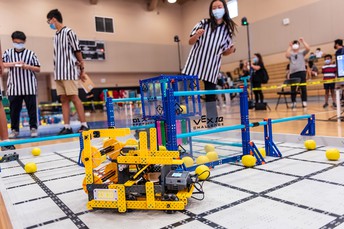 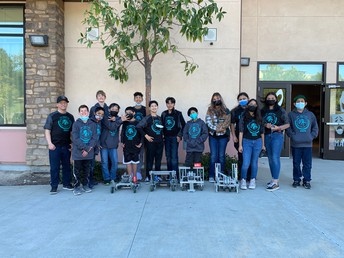 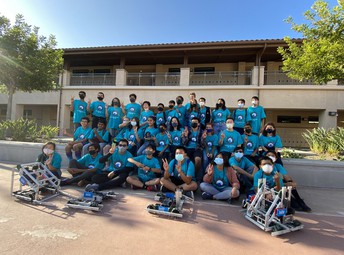 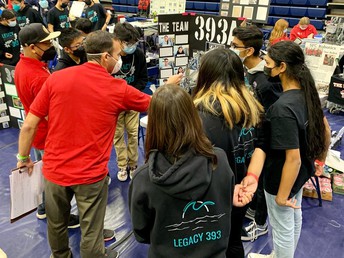 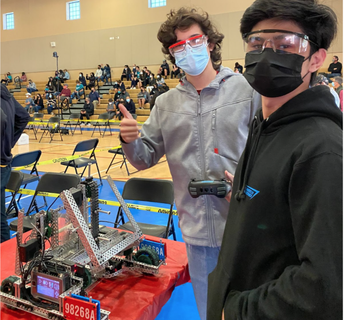 Queuing for a Match 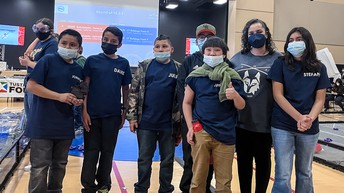 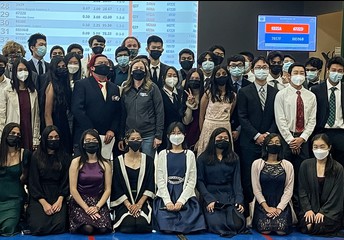 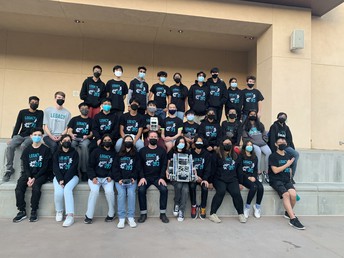 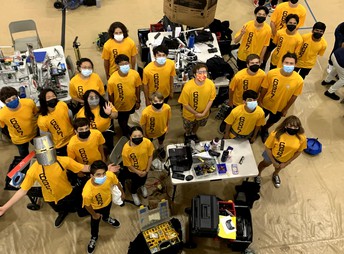 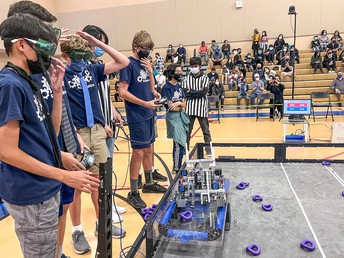 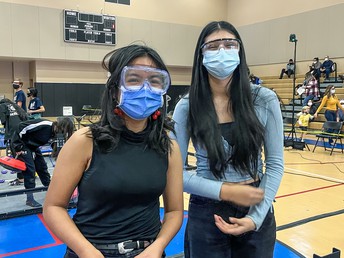 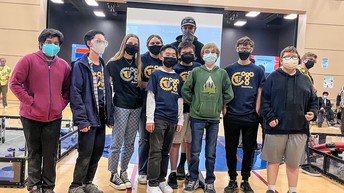 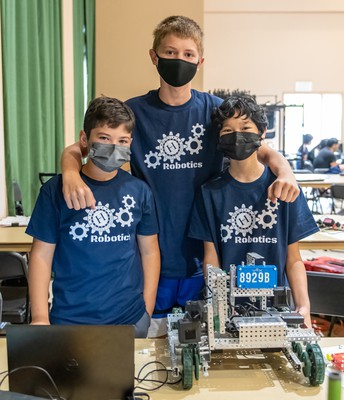 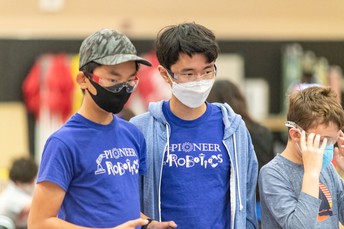 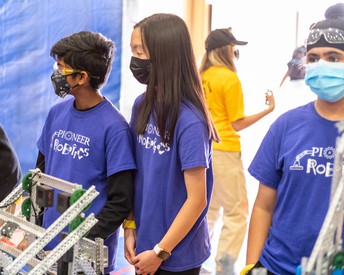 Queuing for a Match

Each tournament requires approximately thirty volunteers to function efficiently and effectively. Thank you to all of the students from Orchard Hills Robohawks, Beckman Robopatties, and Foothill Knight Time Bots who helped out this season.

A special thank you to the Cal State Fullerton students in the Secondary Science Teaching Program for serving as Judges.

And a shout out to all of the TUSD IT staff who set up, run and troubleshoot all of the media, software, network, and much more to keep us up and running! 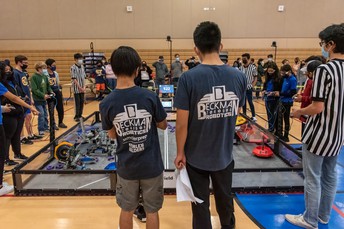 Serving as Emcees for the VEX Tournaments 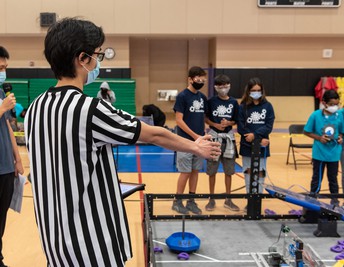 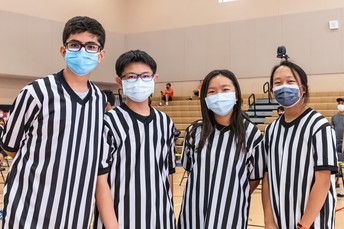 Serving as Referees at the IQ Tournaments 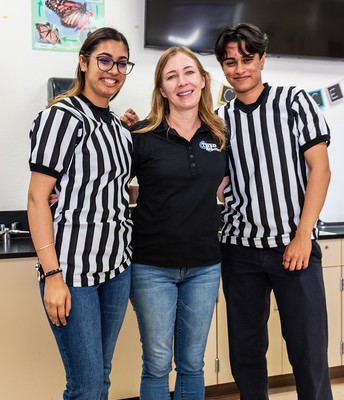 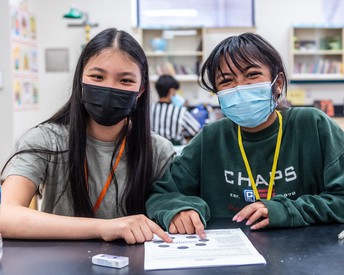 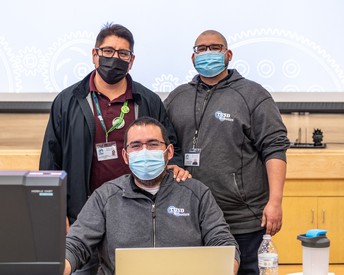 IT Tournament and DIgital Media Managers

A special thank you to TPSF for the continued support of TUSD Robotics and our tournaments.