Temperate Grasslands have the richest soil in the world. Because it is so rich, many people use it for farming. In North America, the Grasslands are known as prairies. 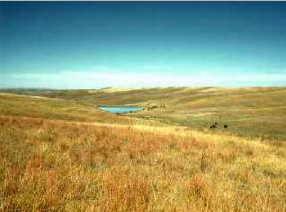 Temperate grasslands originate in North America. It is mostly in the central area of the country with minimal plants and life because of the hot and dry climate. Grasslands are also found in other countries around the world. The names of the grasslands around the world are the Veldts of South Africa, the Puszta of Hungary, the Pampas of Argentina and Uruguay, and the Steppes of Russia and China. 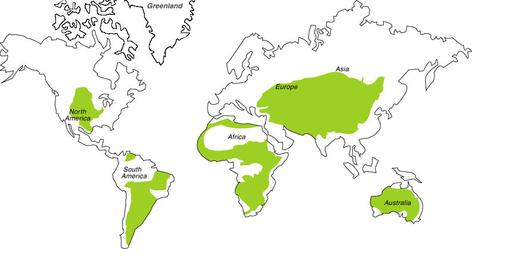 Vegetation and Animals in the Grasslands

The trees has to survive the prairie fires in order to live on the Great Plains. They did this by typically growing on the edges of rivers and streams and by developing a very thick, corky bark upon maturity.

With good drainage oak trees can survive the extreme heat of the temperate grasslands, where temperatures may reach above 40 degrees Celsius. This is again due to their complex root system, where they can search for water very deep in the ground.

Found in South Africa' s grasslands it is the only tree that lives in the pampas because it doesn't need a lot of water to live or survive.

A bison has flat top teeth and a digestive system adapted to eat grass. A bison eats grass and feeds on basically anything available.

Gazelles are able to shrink their liver to 30% to conserve water in the grassland. They have also adapted to running at a fast pace to escape from predators in this open grassland without any place to hide.

They live in the grassland biome in North America. They have adapted to burrowing holes to escape to when being chased by a predator. study.com
A biome is a naturally-occurring community of plants and wildlife that occupy a major habitat. In this lesson, we will examine the temperate...
Temperate Grasslands Biome