How they defend themselves! By: Emmie Platt

How they defend themselves! By: Emmie Platt

I have learned ( summary)

Reading about the Inca people, I learned that: the Incas had a strong army of men with approximately 200,000 Inca men in it. Also I learned that the Incas built many walls and buildings for there own and the protection for there home , using mostly Dry stone . The army was honored for there good deeds and were given a ceremony in there honor and were known as heroes. An dI think it was very cool to be able to read.

I had few connections with the Incas because they were very different. One connection I had with them was: That determination to keep things the way things are planned , because they want things to be a certain way to keep things in line and I have definitely felt that way before when I wanted something to come out perfect or be perfect and that's how they always wanted it to be and that is how there people survived and how the ruins are still in Machu Picchu , looking like it was just yesterday that the Incas lived there. So they did a great job. 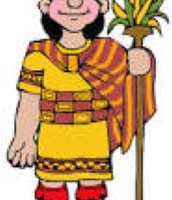 Machu Picchu is a lost city high in the Andes mtns. It was not discovered until an eplorer named Hiram Brigham in 1911. Even now, after 500 years, it still looks nicely built. Just like new.

The Incas were the name of the people that lived high in the Andes mtn. called Machu Picchu. They home was never discovered until 1911 when , Hiram Brigham , discovered it. Now Machu Picchu has millions of people visit it each year as a tourists spots.

Dry-stone-Dry-stone is a mud dried stone that stacks on top of each other and they stick together and that was how they made there walls. sentence: The dry-stone walls still stood after 100 years of rain.

The exact number not close the exact. Sentence: The town had approximately 203 people in it.
video!!!!!!!