This chapter focuses on the effects that rouge elements can have on the human body. These rouge and dangerous elements are called the prisoner's corridor. A human body needs a variety of different elements to function properly. Some of the elements in the prisoner's corridor, like cadmium and thallium, can mimic those needed elements to infiltrate the body before causing mass amounts of damage. Other elements in the prisoner's corridor, like americium and thorium, can be used in nuclear energy. These elements are of course radioactive and give off harmful radiation. As the book explains a poor lad named David played around with these elements and many others why trying to make a nuclear reactor. In the end he failed but not before his health suffered from the long term exposure to these elements. This chapter also highlight the oddity of corridor: Bismuth. Although bismuth technically radioactive it was added to the list for a completely different reason, but you'll learn more about that down below.

Cadmium, also known as element 48, is located in period five and group ten of the transition metals (12 if you go straight across) on the periodic table. It's electron configuration is 1s2 2s2 2p6 3s2 3p6 4s2 3d10 4p6 5s2 4d10. It was discovered by Friedrich Stromyer in 1817 and was named after the Greek word for zinc ore. Cadmium is never found by itself naturally. It is closely related to and often found with zinc. For this reason most zinc ores contain some amount of cadmium, but ores containing zinc sulfide have the highest amount of cadmium. There are three cadmium minerals: greenockite, hawleyite, and otavite. (Butterman and Plachy, 2002). One example of where to find cadmium would be the Broken Hill mine in Australia (Australia Mines Atlas). Cadmium is an important element because it is related to zinc meaning they have some similarities in properties that allow cadmium to be used in different products such as certain types of batteries, pigments, and stabilizers for plastics (Butterman and Plachy, 2002). Another reason Cadmium is important is that this element is highly poisonous meaning it has to be used cautiously. One of the special characteristics of this element is that it, once consumed, does not leave the body, but instead replaces the zinc in the body (Ch9, 154). 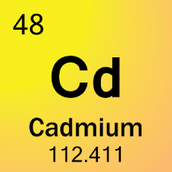 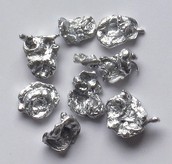 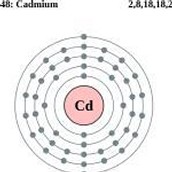 Thallium is a metal found the in sixth period and 3rd group of representative elements on the periodic table. It's electron reconfiguration is 1s2 2s2 2p6 3s2 3p6 4s2 3d10 4p6 5s2 4d10 5p6 6s2 4f14 5d10 6p1. It was discovered in 1861 by Sir William Crookers. It's name comes from a Greek word meaning green twig. Thallium in its pure form can be a bit hard to find, but it can be found in the minerals crooksite, lorandite, and hutchinsonite. It can also be obtained as a byproduct of sulfuric acid or the refining of zinc and/or lead (Thomas Jefferson National, 2016). An example of a thallium deposit would be the Xiangquan deposit in eastern China (Zhou, 2005). This element like the last is toxic and can mimic other elements to enter the body. Unlike cadmium thallium is able to mimic a few different elements not just one. Once in the body thallium attacks certain amino acids causing major damage to proteins. This is why it is considered the most deadly (Ch.9, 156). Being so dangerous limits the possible uses for thallium. Another limitation is the pure thallium cannot be used due to how it reacts with water vapor and oxygen. Luckily certain compounds containing thallium can be used. Thallium iodide is used to detect infrared radiation and thallium used with sulfur can make a low melting glass (Thomas Jefferson National, 2016). 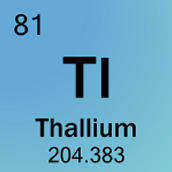 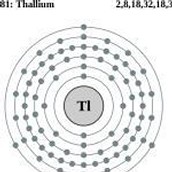 Bismuth is a metal found in period six, group five of the representative elements on the periodic table.It has the electron configuration 1s2 2s2 2p6 3s2 3p6 4s2 3d10 4p6 5s2 4d10 5p6 6s2 4f14 5d10 6p3. It was distinguished as a separate element by Claude Geoffroy the Younger in 1753. It's name adapted from the German translation of white mass. Bismuth can be found by itself naturally but also in minerals like bismite and bismuthinite (Thomas Jefferson National, 2016). There are large deposits in Bolivia where the Tasna Mine was located. It was a main producer of bismuth until it's closing in 1985. Bismuth can also be obtained as a byproduct of the refining of other metals (Brown, 2000). Bismuth is a bit of an oddity on the periodic table because it is the only element that expands when it freezes. It is also the only element in the prisoner's corridor that is relatively safe (Ch.9, 158). For one example bismuth carbonate can treat stomach and digestive issues. Other bismuth compounds are used as white and yellow pigments. It can also be mix with other metals to make alloys used in electrical fuses and fire sprinkler systems (Thomas Jefferson National, 2016). 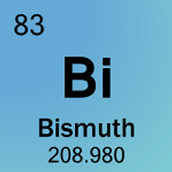 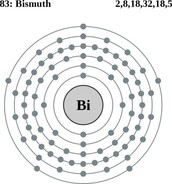 Thorium is a transition metal found in the seventh period on the periodic table with the electron configuration 1s2 2s2 2p6 3s2 3p6 4s2 3d10 4p6 5s2 4d10 5p6 6s2 4f14 5d10 6p6 7s2 6d2. This element is par of the Actinide series. It was discovered in 1828 by Jons Jacob Berzelius and it's name comes from Thor; the Scandinavian god of war. Thorium is mainly found in the compounds thorite, thoranite, and monazite (Thoman Jefferson National, 2016). One of the larger deposits of thorium is in Idaho where there is a vein of rare earth metals. Thorium has several uses especially when in the compound thorium oxide. Thorium oxide can be used in things light bulb elements, heat resistant ceramics, and in glass used for high quality camera lenses or scientific instruments. It can also be used in nuclear energy ( World Nuclear, 2015). In the book it talks about some poor bloke who tried to make a nuclear reactor. Unfortunately for him, fortunately for everyone else, he failed in turning thorium-232 ( the most stable form) into thorium-233 which would have set of a chain reaction eventually getting to uranium-233 which would be the nuclear fuel. In the end the kid was stopped but suffered from various ailments due to radiation from being around thorium and other radioactive elements (Ch.9, 161-166). 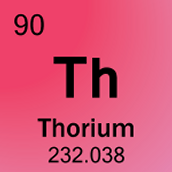 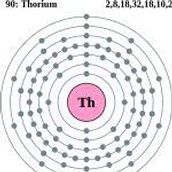 Americium is a transitional metal found in period seven on the periodic table. It's electron configuration is 1s2 2s2 2p6 3s2 3p6 4s2 3d10 4p6 5s2 4d10 5p6 6s2 4f14 5d10 6p6 7s2 5f7. Like thorium, americium is part of the actinide series. It was discovered in 1944 by Glenn Seabourg, Ralph James, Leon Morgan, and Albert Ghiorso and was named after none other than the Americas. This is a synthetically made element so there are no natural source Americium, but it can be made in kilogram quantities. It is used in smoke detectors and as a portable gamma ray source. It like almost all other elements in the prisoner's corridor is toxic and very dangerous for humans. Synthetically developed elements like americium push the boundaries of chemistry and allow people to learn more about the world and they do have a few everyday uses. Even if they are highly dangerous they let scientist explore and continue to move forward (Thomas Jefferson National, 2016). 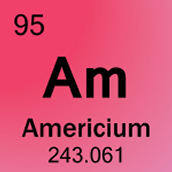 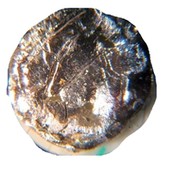 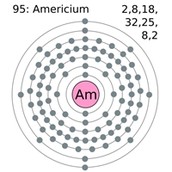 Why Are These Elements Important?

These elements are important because they are very dangerous, but they can be used for many practical things. The book gives examples of how harmful these elements can be and examples of how people have tried to use them to develop new technologies. Those example show that people don't have to fear these elements as they did in the past and can try to use them in the future for new technology as long as they take caution. In the past people didn't know what they were doing so they were harmed by these elements, but they made progress. There will be times that people fiddle with the elements and get hurt in the process. That is the risk that always comes with progress and collectively humans have taken that risk in stride. For that reason these elements have a place in our future as long as they are handled properly, by professionals, so that the concern of human safety is addressed.