Relax- and listen to Tom's Band!

Relax- and listen to Tom's Band!

*From West on I-40 East: Exit 53B to I-240 & 74-A. Stay in the far right lane, which becomes Exit 8 off I-240 then follow directions below. *From East on I-40 West: Exit 53B to I-240 & 74-A. Stay in far right lane. Take first exit--Exit 8. Turn right onto Highway 74-A. Go straight through one more stoplight(Stay in right lane). Turn onto Old Charlotte Hwy. Take the second left at the Highland Brewing sign. At the top of the driveway, continue straight ahead to the last building on the left.

Give me the DETAILS!

Buncombe Turnpike is a long time staple in the Asheville bluegrass scene. Their sets are made up of primarily hand crafted original songs, but the band also plays a variety of other heartfelt tunes ranging from traditional and contemporary bluegrass. With their crowd pleasing demeanor, seasoned musicianship, and powerful vocals the band has made a name for themselves among traditional and contemporary listeners alike. Band members are, Tom Godleski, lead vocals and upright bass, Darrell Earwood, guitar and baritone vocal, David Hyatt, mandolin and lead and tenor vocals, Tim Adams, banjo Don Lewis, Fiddle, lead and backing vocals. The band is currently working on a new CD, which will also include a music video of their song, “They Passed it Down.” 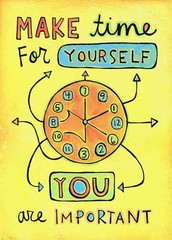 This Event Is Brought to You By...

@RisbyNC
CLAXTON "Sharpen the Saw Team"! If you have an idea for a school wide gathering, or even a fun happening in town... please contact Becca Wertheim or Karen Rigsby!
karen.rigsby@acsgmail.net (919) 389-9060