Clark is using Smore newsletters to spread the word online.

Get email updates from Clark:

Revolt Against the Government!

Revolt Against the Government!

Join the Revolution and Revolt Against the Government

It's not fair that the third estate pays all of the taxes when they have the least amount of money and food. There are more of the third estate than the first and second combined. We can take them down with force! We want YOU to join the revolution!

We Don't Have the Resources!

Food is needed to live and the third estate does not have much of it at all! Join the revolution so you and your family can solve your hunger and live a happier life. Food would be one less worry you have after you join the revolution. 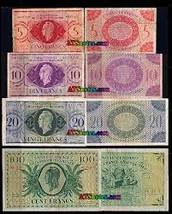 We, the third estate, needs money to do things like buy food and shelter. The french government is in debt because of their funding of the American Revolution. We get none of the money that they have now.

It isn't fair that the third estate has to pay all of the taxes when we have the least amount of resources and money to pay it with. Does it not make since to have the people with the most money pay at least a little bit of the taxes?

Life right now for most of the third estate isn't the best. We don't have much food, water, or money. If you join the revolution we can take over the government and kill our foolish king Louis.

Clark is using Smore newsletters to spread the word online.