Scooty is using Smore newsletters to spread the word online.

Get email updates from Scooty:

The Parthenon, Torre di Pisa, and the Colosseo

The Parthenon is a church that was dedicated to worship every god. The building was constructed during the reign of Augustus ( 27 BC - 14 AD ). It has a building with a portico of large granite columns. The square in front is called Piazza della Rotonda.

The Torre di Pisa is a bell tower. It is leaning for the ground was too soft. During WWII, the Germans used the tower as an observation post. An American sergant order a bombing to stop so the building will not be destroyed . Lead counter weight was used to support it so it wont topple over.

Colosseo is a remarkable building that was like a movie theater, but live. But the movie is bloody. Two mens, usually slaves, fight to the death. They are called gladiators. They are also referred as Flavian Amphitheatre because it was built during the reign of Flavian. 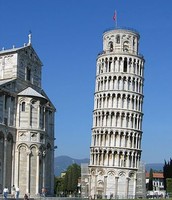 The Foro is surrounded by ruins of several important ancient buildings at the center of Rome. People of Rome called this place as the Forum Magnum, or simply the Forum.There are monuments and statues of great men and women. This spot was used for mrketing, announcements, and other.

There are at least 40 beneath Rome. But some are only found recently. These catac o mbs were very important, for they contained many important priest. The catacombs are outside of the city walls for it was illigal for deads to be buried inside the city.

This Piazza is important for it was for compitition. The romans watch people compete against another. This spot is famous for the baroque archeticture. The center has the fountain of four river.

The spainish steps are called spanish for it was designed by spainish. It has 135 steps but some mistaken the first step as the drainage pipe. At the bottom is the Piazza di Spagna and at the top is Trinità dei Monti.

The trevi fountain is 86 ft tall and has the diameter of 161 ft. It is the largest baroque fountain in Rome. Supposealy, a virgin helped the people of Rome find a pure water source. The fountain can be found in many silent films.

St. Peters is the burial place of St. Peter. It was constructed on November 18, 1626. It is nicknamed "the holist church". Many pilgrims travel to this site to worship God.

The Amalifi coast is a tourist attraction in Italy. The town is a place that has the Mediterranean Climate. It has mild winter and nice summer. The coast was apart of the Duchy of Amalifi until the Republic of Pisa sacked it.

This place is in Vatican City. It's art is put by many popes, as well as famous artist. A gallery is called a sala. There are in total 54 salas. It has a spiral stairs, that is designed by Mono.

Pompeii is a place in ancient Italy. It was buried by a volcano called Vesuvius. It was buried in 79 AD. It is now a popular tourist attraction. The dead bodies are covered in plaster to keep it how it was. 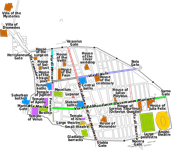 House of the Faun

It was built during the 2nd century BC. It is one of the most impressive private residence in Pompeii. The statue in front is the copy of the original dancing faun. It was destroyed by an eathquake and later by the eruption.

This place was suppose to worship jupiter. Jupiter is the king of gods. Its greek name is Zeus. Its dedicated date is September 13, the day where the Roman Catholic was founded.

Sicily is the island in the Mediterranean Sea. It is just off of Italy toe. Its capital is Palermo. On the eastern side is Mt Etna, Eroupe highest volcano. It has humans dwelling there as far back as 12000 BC.

Favorite place to visit in Italy

I would love to visit Sicily. It has beutiful weather and cool history. The famous ancient designer Dalaulus was said to hide here when Minos wanted his blood. It also has a cool vocano called Etna.

Scooty is using Smore newsletters to spread the word online.