liliah is using Smore newsletters to spread the word online.

Get email updates from liliah: 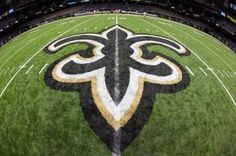 History of the Saints

The team was established by John W. Mecom, Jr., David Dixon, and the city of New Orleans on November 1st, 1966. The Saints began by playing at Tulane Stadium, but in 1974 moved to the Louisiana Superdome, now the Mercedes-Benz Superdome.

The name "Saints" is an allusion to November 1st, which is All Saints Day in the Catholic Faith. It also alludes to New Orleans' large Catholic population, and the spiritual "When The Saints Go Marching In", which is strongly associated with New Orleans and often sung by fans at games. John Mecom settled on black as the primary color as a nod to his financial involvement in the petroleum industry, and he chose gold because the term 'Black gold' is synonymous with oil. The logo is a fleur-de-lis, which is a symbol of the City of New Orleans and of France's Royal Family.

For the majority of their first 20 years, the Saints were barely competitors. In '87, they won their first ever winning season and qualified for the NFL playoffs, where they lost to the Minnesota Vikings. In 2000, the Saints defeated the St. Louis Rams 31-28 to notch their first ever playoff win. In 2005, Hurricane Katrina devastated the gulf coast. The Superdome was used as a temporary emergency shelter for displaced residents. The stadium sustained damage from the hurricane and from lack of available facilities. The Saints had to play the rest of their home games for the 2005 season at many different stadiums. It was thought that the Superdome would be unusable and team owner Tom Benson would void his contract and relocate the team to San Antonio. Ultimately, the stadium was renovated and repaired for the 2006 season at an estimated $185 million. The Saints first post-Katrina home game was an emotionally charged Monday Night Football game versus their division rival, the Atlanta Falcons. The Saints, under rookie head coach Sean Payton and new QB Drew Brees, defeated the Falcons 23-3, and went on to notch the second playoff win in franchise history.

- First winning season was 1987, 20 years after the franchise was established

- First shutout was against the Buffalo Bills in 1973

liliah is using Smore newsletters to spread the word online.