Dania is using Smore newsletters to spread the word online.

Get email updates from Dania:

Since late 2011, Kenya has seen an upsurge in violent terrorist attacks. Kenyan government officials asserted that many of the murders and blasts were carried out by Al-Shabaab. Estimates in 2014 placed the figure of Kenyan fighters at around 25% of Al-Shabaab's total forces. Now the Kenyan insurgents have a different profile from the Somali and Arab militants that allows them to blend in with the general population of Kenya, they are also often harder to track. Al-Shabaab is attempting to build an even more multi-ethnic generation of fighters in the larger region.

Contributions of Islam to the World 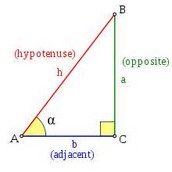 There are many things that Muslims have contributed to the world that many people don't know. For example, Arabs developed sine, tangent, and co-tangent in trigonometry. Also Camera Obscura was invented by ibn Haytham. Furthermore, Qaadhi Abu Bakr developed the theory of relativity in the 8th century. Finally, a Muslim named Naseeruddeen wrote the treatise on quadrilateral trigonometry, plain geometry, and spherical geometry.

Dania is using Smore newsletters to spread the word online.