carol is using Smore newsletters to spread the word online.

Get email updates from carol:

Millers were known to work in mills. the millers basic tool was the quern-stone which was used to the prior invention of water mills and windmills which were the main inventuions of the era. Millers also were known for baking bread that varied in form quality and consequently in name. they had 13 centries of names such as

Millers worked on lords estate by renting out mills from the lord throughout the year and to pay for these mills they would pay in grains they earned through out the year. Sometimes in the everyday life of a miller they would wake up at the crack of dawn and start baking there loafs of bread.

what details does chaucer not include?

the midieval miller just makes the flour for the bakers 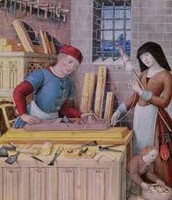 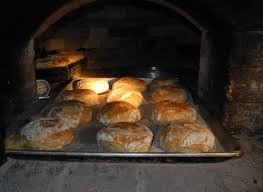 A modern day miller today we wouldnt really have on because machines have taken place of that so if a midevial miller were to transver to this day and age they would be a baker in a bakery shop like for cookies, cakes, and cupcakes

the midevial miller was in the midevial times where they didnt have the machines we had today and he had to do everything by hand.

Rual society of a miller is often wealthier than an ordinary peasant which lead to jealousy and bread riots and at times it would lead to famine. Conversly millers might be in a stronger position vis-a-vis feudal land owners than ordinary peasants. 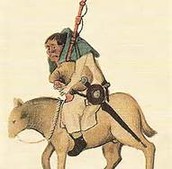 a miller is intensly physical and disgusting hes huge and with a red beard, wide black notrils and a gaping mouth and a gross wart on his nose with tuft of red hairs growing on it. Millers draw heavily upon negative midevial stereotypes about lower class people. A millers physical appereance symbolizes with his red hair and gross wart is known as lustful nature.

A miller is a person who makes flour for the lords by hand and bakes bread. Hes disgusting looking but symbolizes lustful for the ladies. He can be rude and make people upset hes a jokester that takes his jokes to far. he loves to talk and tell stories mostly about sex and sin. he was also a theif he would steal corn and sell it three times what its worth.

A miller says nasty things. hes rude to people and doesnt intend on apologizing he also likes to make people upset. Hes the kind of guy that you would laugh at his jokes as long as they werent meant towards you. Hes the guy that youd like at first but after a couple days youd want him to shut his mouth.

i dont think chaucer really likes the miller because in the story he makes him seem very rude and seem like a jerk through out the story making him seem like a disrespectful person. chaucer made him seem more like a guy with a bad mouth and a theif and disgusting.

"He loved to talk, and he could tell the best bar stories, most of them about sex and sin"

"deep, gaping nostrils; and a wart on the tip of his nose that bristled with red hairs that looked like they grew out of a pig’s ears"

strong-having the power to move heavy weights or perform other physically demanding tasks.

bristled-of hair or fur) stand upright away from the skin, esp. in anger or fear

hinges-a movable joint or mechanism on which a door, gate, or lid swings as it opens and closes, or that connects linked objects

carol is using Smore newsletters to spread the word online.