Warriorettes Give Back Game for Bree Brown

Please join us Saturday, November 5, 2016, at 6:00 p.m. for the Warriorettes Give Back Game at Charles E. Meyer Gymnasium. There is no admission fee, but we are accepting donations to benefit Bree Brown’s cancer treatment. 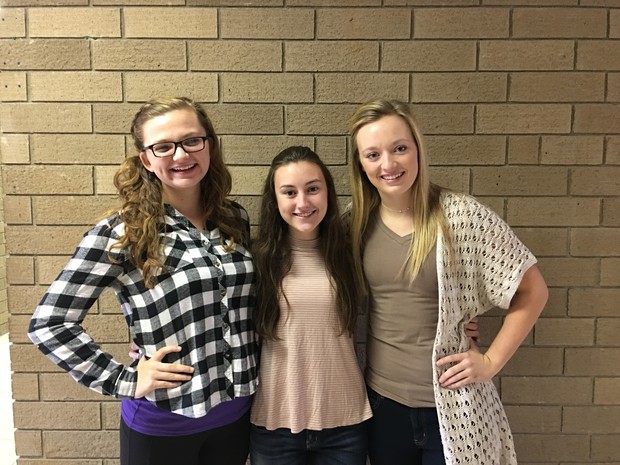 Congratulations to Katy Hunger, Alexa Howser & Emma Waskom on making Academic All State Volleyball Team!! These young women were a pivotal part of this year's volleyball team while maintaining the high academic standards they set for themselves. We are so proud of you! 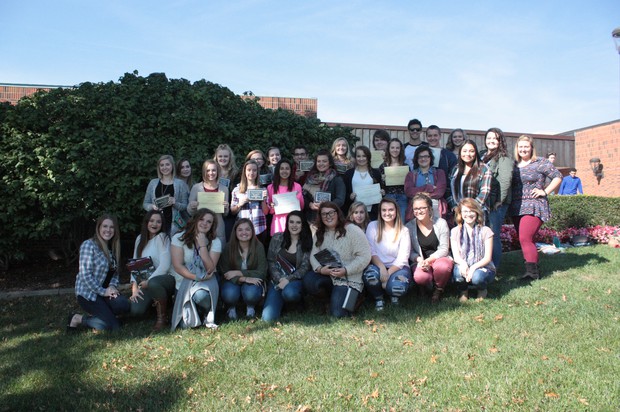 The Booster and Totem staffs recently attended Media Day at IUS along with nearly 400 other high school students from the Southern Indiana and Louisville area. The keynote speaker for the event was Tom French, a journalist, writer, professor, and winner of a Pulitzer prize.

Following sessions conducted by journalism professionals, the staff attended the annual award ceremony. The Booster was named Newspaper of the Year for last year’s student newspaper, while the Totem was named Yearbook of the Year based on the 2016 yearbook. 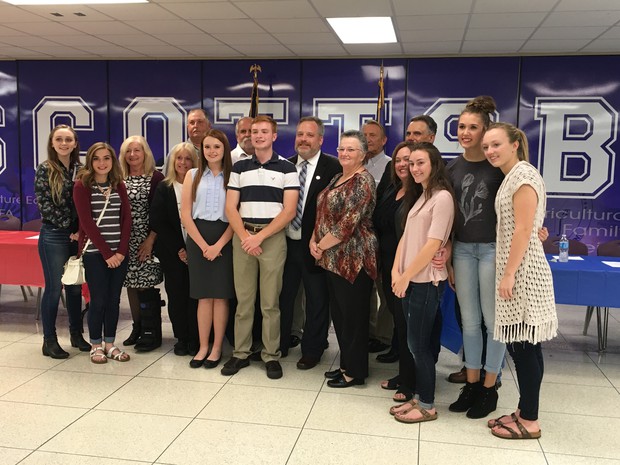 The third annual Meet the Candidates event was hosted by the Student Council on Tuesday, November 1. Many members of the student body as well as members of the community showed up to meet their candidates and learn more about the local political process. Barb Anderson with the South Central Indiana League of Women Voters also spoke to the crowd about their mission to educate voters in order to make informed voting decisions. 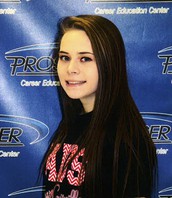 Prosser Wall of Fame will host our own Kaycee Snyder for her excellence in the Entrepreneur Program. 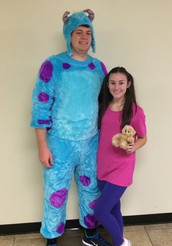 The canned food drive was a huge success this year. Pairing it with the dance not only helped us create an excitement for the Fall Costume Dance, but also helped us raise more cans than we have in recent years. Between the classroom competitions and the cans we collected at lunch that students used to buy their dance tickets, we donated 2,712 cans to the Scott County Clearinghouse. As successful as the canned food drive was, the dance was just as great. Many students enjoyed the music provided by Young Guns DJ, Hunter Hostetler, a student at SHS who did a great job. The costumes were fantastic as always, but there were a few costumes that wowed the students. Jonathon Bacon (10), dressed as a taco, won best individual costume and Mitchell Meagher (12) and Alexa Howser (12) won best couple costume, dressed as Sully and Boo from Monsters Inc. Both the canned food drive and the Fall Costume Dance put on by the Student Council were huge successes and we hope to continue to have more events with great student participation throughout the year. 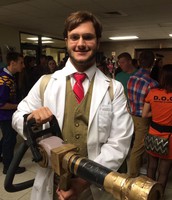