FSoC is using Smore newsletters to spread the word online.

Get email updates from FSoC: 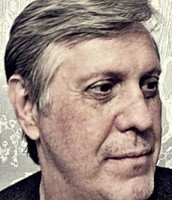 Bob Pryor has been involved in music for over 40 years. Bob's earliest influences always included music with strong harmonic structure, which is reflected in many of his original compositions. Bob plays lead guitar, bass and sings. His guitar technique originally was blues/rock, but the last few years he has incorporated an acoustic blend to his style, creating a very unique sound. Bob has always been meticulous in varying his genres, writing what he feels, rather than staying in one distinctive style.

"I have always written music from my heart. It portrays the human experience, and in many cases, leaves questions unanswered, as in life. I do not target my writing to a particular genre; it just evolves into the music style that best fits the personality of the song. Songwriting to me is a spiritual experience"

Healing Service - Laying On of Hands and Absent Healing

Spiritualism is a common sense religion, one of knowing and living. We accept all truths and endeavor to prove their validity. Truths are found in nature, in other religions, in writings, in science, in philosophy, in Natural Law and are received through spirit communication.

Dwain's music is an integral part our Sunday service in the same way as it has been a part of transformational events worldwide. His repertoire includes both contemporary and traditional sacred music as well as prayers and chants in Latin, English, Sanskrit and Aramaic.

He has shared the stage with many bestselling authors including Deepak Chopra, Wayne Dyer, Marianne Williamson, Gregg Braden, Doreen Virtue, Louise Hay, Dr. Michael Beckwith, James Redfield, Steve Allen, Dennis Weaver, and Dannion Brinkley.
He has performed at over a thousand churches, temples, conferences and spiritual communities and he is a featured vocalist on the Grammy nominated album, SOLACE, by award winning composer, Michael Hoppe.
He has released three albums including his latest, Angele Dei (Angel of God)

FSoC is using Smore newsletters to spread the word online.