On April 13, Dr. Burton and the Board of Education met virtually to conduct the business of the district.

Our Buildings and Grounds and Business Office have been very busy working with the architects on moving forward projects, trying to begin any that can be started sooner by providing earlier access to the buildings than we originally anticipated. While we would like to start future projects sooner, there is still a lot of planning, approvals, design to be done, and schedules that must be taken into consideration, for lengthier projects like the MS cafeteria and others. Many of the timelines can’t be shortened for such things as ordering materials and getting approvals, particularly as departments and manufacturers are shutting down, but so far we seem to be ahead of the curve and avoiding issues.

With schools being empty right now, we have tried taking advantage of these circumstances and have started some of the projects that were on hold until later in the year. The projects currently moving forward:

We are also looking into doing work on the MS pedestrian bridge sooner since there is no school and limited traffic, but this depends on direction from the township. We want to ensure first responders have access to Old Short Hills Road in an emergency situation.

I want to share some information that I received from Nancy Siegel, our Head of Guidance at the HS to address concerns with the college placement process, grading and next steps for students. As you know, Mrs. Siegel has an extensive knowledge base with the college admission process as well as the admissions officers across colleges and universities around the country. She shared the following:

With concerns about how colleges were going to regard the second half of the year, and what the implications could be for the underclassmen as well, she reached out to admissions officers and has received feedback from hundreds of colleges and universities.

o They are unanimous in stating that they are not concerned with grades for the second half of the year. They are anticipating that virtually all schools will move to a P/F, NG (no grade) or Cr (Credit) for coursework.

o All of them stated that it is impossible to know what circumstances might exist in every home or to tell what the emotional strains might be on each family and that these options were fair and logical.

o In effect, it is what most of the colleges and universities are doing with their own students who are learning remotely from home.

o They added that they would treat all future applicants (current freshmen, sophomores and juniors) in exactly the same way and would completely ignore the second semester of 2020.

o A very significant percentage of the colleges and universities – from the Ivies to the large state universities and the smaller private schools – have changed their testing policies. So many more are going test-optional for the next one to three years (most for three), giving students the right to make the decision as to whether to send test scores at all. And most of those who have required subject tests (i.e. SAT 2) in the past are making them totally optional.

o In addition, many schools are changing the traditional commitment day of May 1 (the date a senior must make a deposit to a school and confirm his intention to attend) to June 1 and those who have not, are offering all students permission to request an extension.

o An important note that Mrs. Siegel mentioned was that there have been more students wait-listed than ever before, including our HS students. Realistically, they will probably not hear from these schools until later than usual.

The resolutions in Items M.3.f-g are for the furniture and the renovations for the innovative space at Hartshorn School. The Hartshorn administration worked with the staff to design their how they wanted to use this space and these plans for the renovations are now ready to move forward.

Resolution M.3.h is the MS gym floor replacement project. The Board has already approved the mercury floor removal. This is the replacement wood floor that will be installed over the summer (after July 1).

The Education Foundation has generously offered a new series of grants to help our teachers with supplies they may need for their virtual teaching. Some teachers have already received them, including smart boards at home! The deadline for applications is this Wednesday, April 15.

The Millburn Education Foundation Film Fest is offering the opportunity to revisit all of the amazing student films that have been showcased in the Film Fests over the last 8 years. Starting last week, and continuing every Friday until the 9th Annual Film Fest now scheduled for May 29th, there will be a LIVE viewing of each event at 7 pm at www.millburnfilmfest.com

Welcome back from break! This week begins Distance Learning 2.0 otherwise known as “Virtual Learning.” I would like to thank all of the administrators, teachers, and staff for their time and preparation to ensure all students are able to continue the learning process. Teachers have attended numerous virtual technology workshops, worked collectively at grade levels and departments districtwide to design and collaborate on their lessons. There are so many innovative and exciting lessons such as virtual phonics, yoga classes, poetry, and writing, screencastify, students even used their new learning of motion through Nearpod to help "a robotic man get home."

There are so many people who are making a “virtual” difference in the lives of students! Ron Currie Jr. author of the novel, Everything Matters, has donated 27 copies of his novel to the HS Humanities class and will be virtually collaborating with the class! I would also like to send a huge THANK YOU to the amazing Millburn Education Foundation! They have reached out to teachers and are granting supply requests to provide teachers with a variety of tools needed to further their virtual lessons.

As we continue on this virtual journey, I ask that time be given in the implementation of the technology and virtual lessons across the district. Should you have specific questions related to instruction or technical issues, please reach out to either the technology department, building principals, instructional supervisors or department chairs.

The GeoBee Results are in! The National Geographic Society named Ryan Farashuddin from the Middle School and Raghav Sampath, a 5th grader at Washington School, as two of the semifinalists eligible to compete in the 2020 National Geographic GeoBee State Competition. While the state competition has been canceled, both students will be recognized and celebrated during a virtual recognition ceremony on Friday, April 17th. Congratulations on this outstanding achievement!

Two Millburn High School students, Ritika Mishra and Eliana Warner used their time during social distancing to create a science website for all kids, but especially for girls. They say, “GirlPi aims to defy those cultural norms by showing people that being a girl interested in math and science is an amazing thing! Through this website, girls can explore different topics surrounding science, math, coding and more through fun activities. We post videos and instructions regularly to make sure that there is always more to learn. Some of the activities are just small and fun experiments that are easy to do at home. Others involve more insight on certain topics. Check it out here: thegirlpi.com

MHS Junior, Mia Rothberg, works as a volunteer at Saint Barnabas Hospital. She has started an effort to create care bags for the nurses. She is hoping to fund 1,200 care bags through donations from the community to provide a care bag for each nurse at Saint Barnabas. Each care bag will include a water bottle with Saint Barnabas’ “Heroes Work Here” logo. In each water bottle, there will be a bottle of hand lotion, chapstick, pens, and an individually wrapped Undercover Quinoa. She is collecting through Venmo. We will post their information on our website if you would like to help.

There are so many wonderful efforts going on around town. We will be adding a list of opportunities to our website.

Most of the comments and questions from the public, via phone, had to do with increasing the amount of online learning and more interactions with teachers. As noted by Ms. Diskin above, the district is in the process of increasing the ways we will provide virtual teaching and learning.

Time TBA, along with Information about logging in to the virtual meeting.

Find additional Business, Policy and other AGENDA items from recent meetings. You can always read minutes from Board Committees here.

Questions and Answers from Public Comments at Board of Education meetings are posted before the next BOE meeting.

Watch full Board meetings now on our website at: https://www.millburn.org/apps/pages/BOE_Meeting_Recordings

If you have questions, please email us at webmaster@millburn.org

All Board of Education meetings are held at the Education Center at 7:45 p.m., 434 Millburn Avenue, unless otherwise noted. 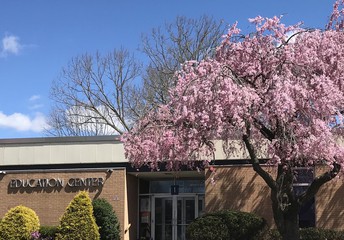 Facebook @millburnschools
434 Millburn Avenue, Millburn, NJ, USA webmaster@millburn.org 973-376-3600 millburn.org
Embed code is for website/blog and not email. To embed your newsletter in your email, click HERE to see how or reach out to support@smore.com