Satyam is using Smore newsletters to spread the word online.

Get email updates from Satyam:

Fat cells: also known as adipocytes, store excess energy from foods as fat. Fat cells are usually found between the skin and muscle (subcutaneous fat) and around the organs in the main body cavities.

Areolar cells: found in both the dermis and subcutaneous layers of the skin. It is a loose connective tissue that consists of a meshwork of collagen, elastic, and reticular fibers, its job is to bind with different tissue types.

Damages that could be present:

Hypothermia- The subcutaneous fat layer thins, reducing its normal insulation and padding. This increases your risk of skin injury and reduces your ability to maintain body temperature. Also, because you have less natural insulation, you can get hypothermia in cold weather situations. Hypothermia is the condition of having an abnormally low body temperature, and typically one that is dangerously low.

Function of the Subcutaneous Layer:

Functions of the Subcutaneous layer would include the following:

Layers of the Subcutaneous Layer: 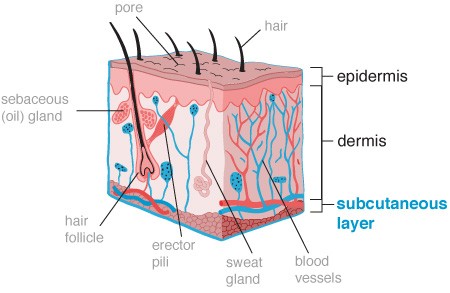 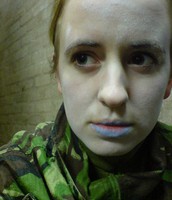 Layers of the skin

Satyam is using Smore newsletters to spread the word online.