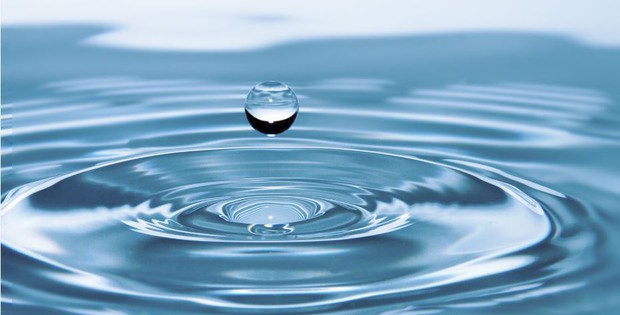 What do DREAMers like to do in the summer? 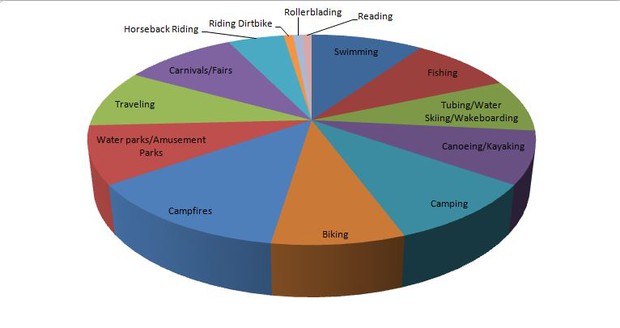 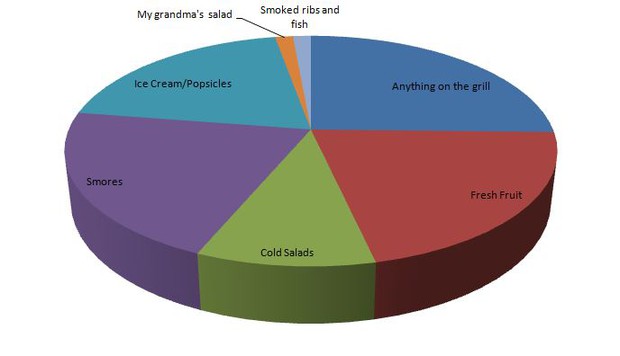 Where will you find DREAMers during summer? 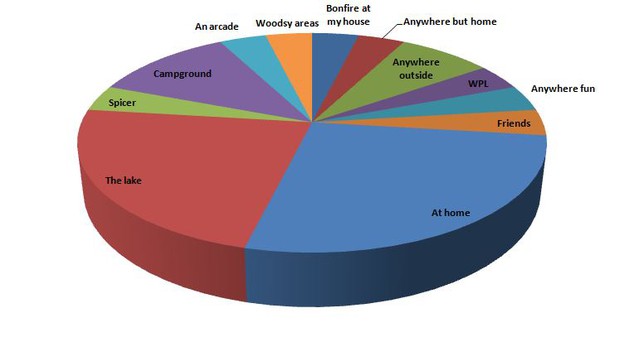 Why Do People Use Mind Altering Substances (Senior Project) - Kyndra

My senior project was difficult to work on, mostly because when the slightest inconvenience came up I just immediately shut down and would avoid my project. I originally wanted to do my project on why people used substances, but because of the lack of research I found I had to switch to substance abuse and addiction. I think I learned a lot from this project and I think my audience learned a lot from my presentation also. It was definitely worth learning about and the time I spent on this project was also worth it, even though I gave up on it multiple times and went back to it. If I were to learn about my topic all over again, I would for sure use my time more wisely and go way more in depth with this entire project but I don't think I would've changed anything because I really liked the way my play turned out and the obstacles I had with doing the play. The play gave me an opportunity to get closer with the actors, helped me deal with changes fast, and allowed me to have fun with my actors also.

My project I think helped my audience understand the importance and reality of the different types of addictions and the way they can affect them and even the people around them. They seemed really interested in my presentation, because of all the different questions they had asked. I'm really happy with how my presentation went and how the audience responded to the play and the information given. I feel as if they'll have more of an understanding of people with addiction and be more aware of the right steps to take to help an addict. My project was a huge success is my eyes and the reflections I got from my presentation just confirmed to me that I did a very good job. Over all I am very proud of myself and the way this turned out, I wouldn't change a single thing.

I think that there were three parts to this project. The first was figuring out how much the wheels mattered in creating resistance, the other ones created so much unwanted friction and drag that it dramatically slowed the cars down. We figured this out by after creating our first cars realizing that the ones that did the best were the ones that were using these specific wheels, so we ended up putting those wheels on other cars to see how well they did with them and very car with those specific wheels improved dramatically and they were one of the reasons as to why we had to move the track. The next part was the weight part, after creating our second group of cars the fastest of which was a giant car that really didn't look aerodynamic, but it did have something the other cars didn't have, weight, it was quite a bit heavier then every other car that we had built which when on a downhill track more weight is much better than less weight because it gets a lot more speed going down it which means it just goes and goes after leaving the ramp, after this car won I decided to test this theory to prove it by essentially building what was a giant block that we called The Swimming Pool and it is the fastest car we have ever made and it holds the record for the furthest any car has gone because of how heavy it was so after that the third part started. The third part was the weight limiting part, we decided that all of our cars should weigh as close to the same as physically possible so that we get rid of all those variables to limit the amount of things that could happen, Jonathan ended up building a front heavy car that looks more like a snowmobile then a car, Micheal built a middle heavy car that looked like an Airplane or something, and I built a rear heavy car that looked like an F1 Car so we sent them all down the track three times and figured out the average of it.

And my car ended up doing the best overall, but Jonathan's though it did the worse overall holds the record for the highest speed and longest time, but the speed thing was likely inaccurate, if you look at the results the cars that went longer also went slower because of the time it takes to slow down, we should have timed it to a specific point like a quarter mile on a drag strip to get a more accurate representation of the speed, but we didn't and we don't really have time to do it now. So now i'll talk about some of the design choices i specifically made, One of the design choices most of us made is a spoiler which did help the cars stay balanced and not just curve off which most cars without them did, we did later learn from Doug that it helps control the wind, so the wind will push it back and forth from both sides rather then just from one and I also designed my car like an F1 because of how Aerodynamic they are which i feel gave me a pretty big advantage especially with how far I went I will also say the fact that my car was back heavy helped with how far it went so it would have an extra boost at the bottom of the ramp, Jonathan's car went the least distance because of how front heavy it was it lost the boost faster and didn't do as well after the ramp because of this, and Micheal's car went as far as it did because of the fact that it was middle heavy making it the best in just a flat track because it has a good center of gravity, but it also lacks any type of advantage going on the ramp which is why we called his car just average. I think that in conclusion if you get rid of a lot of variables such as weight and the wheels aerodynamics weight distribution and all of that stuff matter a lot, but if you don't the person who gets the heaviest car with the only set of wheels we had that was really good would easily win without competition because on the downhill those things specifically I think under these circumstances mattered a lot more then weight distribution and aerodynamics. 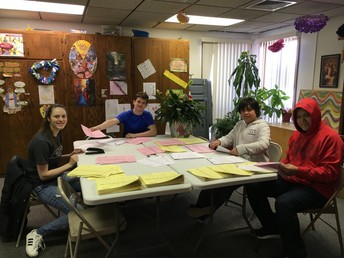 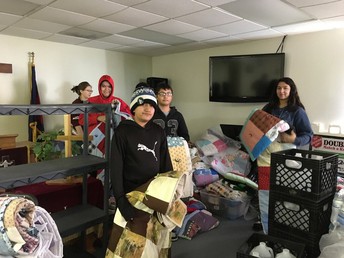 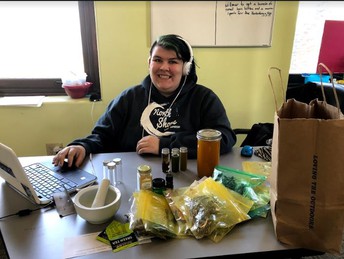 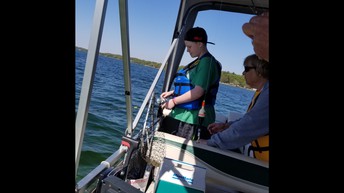 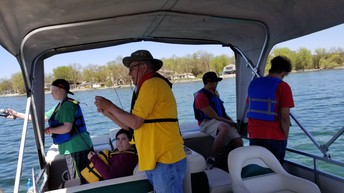 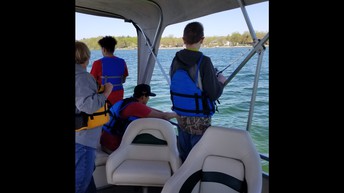 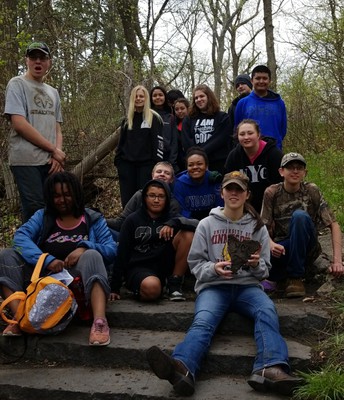 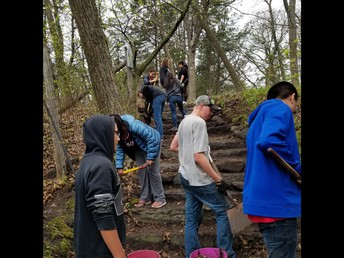 Hard at work on the Sibley steps 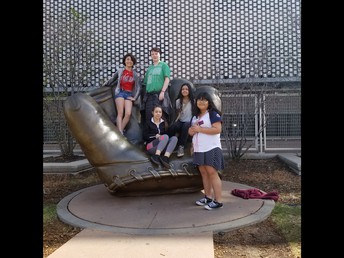 What happened to the other canoe's riders?

Key club has finished off the year with a successful penny wars! We raised $200.17 to be sent to Pennies for Patients for children with Leukemia. Michaela’s advisory has won for the second year in a row, and everyone is even more determined to win next year! Now all that’s left is preparing for next year’s key club, and we hope to have a lot of new members!

Projects, Presentations, and Productivity Oh My!

Our students have been working extra hard this month on all of their projects with the end of the school year fast approaching! We wanted to give a shout out to all of our Juniors and 8th graders who completed their presentations for their Junior and 8th-grade projects! Some of the topics were Animal Shelters, Taxidermy, Marine, Diversity in the media, Animal cruelty in cosmetics, engineering, banking, and the list goes on! They all did a great job and we are proud of what they have accomplished!

I am working for Dominium (apartment company) as a caretaker. I learned so much at Dream but one thing that Doug said that has always stuck with me and is very true and I found to help me a lot is “it’s not always what you know it’s who you know” meeting people in the community will ALWAYS be beneficial, try and get your name out there as much as you can no matter what you’re doing because then when you need help or are looking for connections someone you were nice to or someone you helped somewhere will remember you and help you out. With that, be nice and do volunteer work around your community. You meet awesome people who are passionate about the same things you are and they can help you get your foot in the door in places you apply for work. (This answer also works for advice) Still one of my favorite projects was my senior project with comedy, I found what kind of comedy I like and what I like doing. And my Deer hunting project because I learned a lot about the population of deer and how hunting actually helps and is a very good thing so deer are not over populated. More advice... be nice to the staff at Dream because being a jerk will get you NO WHERE! I know that first hand!

Hello! I'm Josie and this is my first year at DREAM working as a paraprofessional. I came from working in a traditional setting as a para. It has been such a joy getting to know the students here! I am looking forward to coming back next year and continuing to learn about DREAM and Project Based Learning. I enjoy writing, reading, painting, and spending time with my nieces and nephew in my spare time. I'm excited for summer and outdoor adventures including camping, bonfires, and kayaking. 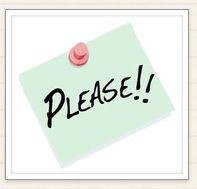 The DREAM Community appreciates all of the support we have received this year to make our school community even better!

"A ship is safe in harbor, but that's not what ships are for." -William Shedd 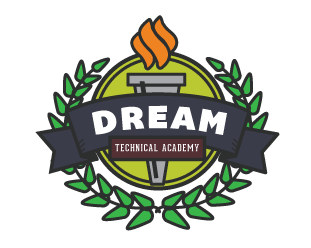 Follow Eli Johnson
Contact Eli Johnson
Embed code is for website/blog and not email. To embed your newsletter in your email, click HERE to see how or reach out to support@smore.com