I hope that everyone had a wonderful holiday break and a Happy New Year. I really enjoyed getting time to see family, watch the SHS winter basketball tournament, and actually get some sleep.

I wish we were not still talking about COVID but we are still having to deal with the virus and the recent Omicron surge.

Dr. Ryba sent out communications about changes to our daily operating procedures for the first two weeks of school.

Please make sure that you update your seating charts ASAP in order for us to ensure that we have current information.

Here is an excerpt from his email to staff: 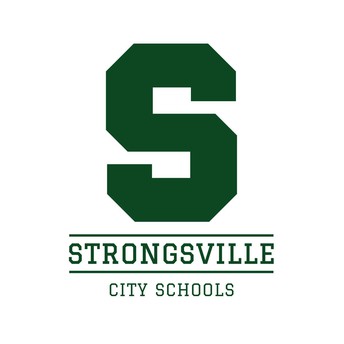 In order to ensure that we are meeting safety protocols some of the following changes will occur at the high school.

In the results of the survey that I sent out in December, staff identified the top two key issues impacting instructional time:

1.Skipping classes: 71% identified as either their primary or secondary priority.

2. Cell phone usage in class: 58% identified as their primary or secondary priority.

Cell phones are to be put away during class unless the classroom teacher has allowed students to use it. This is at the discretion of the teacher as I know some of you use them for lessons or as a reward. What we want to stop is the incessant use of the phone when you are trying to teach your lesson. Please assign a detention when students are not following protocols in your classroom. If a student has continued use of the phone after being asked to put it away we will be calling home and discussing with the parent progressive discipline including removal of the phone during class time.

Please refer students for skipping class as they will receive Saturday Schools as we need to curb skipping classes as it has become a serious issue in the building.

There will be PBIS programming coming to incentivize getting to class 1st period. In the meantime I would review, with students, that they will begin to receive a detention for being late to class (especially first period). I suggest that on their 3rd tardy they receive a detention.

I am including my communication to the community, yesterday, on these issues as well as tardiness to first period.

Cell phone usage during class and when students leave to use the restroom has become a serious distraction to the learning environment in the building. As a parent I appreciate the need to be able to contact your child in case of emergency but the reality is that some students are using cell phones during instructional time, filming in our restrooms, and using social media during classroom time. Effective on January 3rd Strongsville High School will enact the following cell phone policies:

Cell phones are to be put away, silent, and not visible during classroom time. There is no reason to take a cell phone out to text, snap, or play a game when a classroom is in session. Students who do so will be asked to put it away. If they continue to use it during class it will be taken from them and returned at the end of the class/day. Continued use of cell phones during class will result in a detention, Saturday School, or further discipline per the code of conduct.

The hallway traffic during the school day has become excessive with students roaming the building when they should be in class. The number of students walking around during their study halls, lunch, or leaving class and not returning is going to change immediately. Students should be traveling the hallways with a purpose. When students leave a classroom to use the restroom they will be signing out and recording the time they are leaving and the time they return. Skipping classes has become a bigger issue this year with too many students not going to class and going to study hall or lunch when they should not be in those locations.

Any student who skips a class will be receiving a Saturday morning detention (8am-10am) served with an SHS admin. Failure to attend this detention will result in additional consequences.

Students with late arrival who come in early need to be in the cafeteria until the bell rings to end 1st period.

Students at lunch are to be in the lunchroom(s) and not walking the building or in the stairwell.

Students with early release are to leave the building at the end of their day. If they are waiting for a ride they must be in the cafeteria.

During the pandemic we seemed to have lost some of the priorities of getting to classes on time. During the morning arrival the number of students that are in the hallways at 7:25, class starts at 7:20am, and still heading to their first period classes has created a huge distraction for teachers who have students walking into classes several minutes after the bell rings. Many of these students arrived around 7am and were in the cafeteria and are still arriving late to their classes or are late because they stopped to get a Starbucks or Dunkin. This needs to change as it is still important to arrive at class on time and allow for teachers to stop losing valuable instructional time at the start of class. Please let your child know that getting to class is important. Teachers can issue detentions for late students.

Strongsville High School does not have an open campus. The number of students that leave for lunch and try to enter through a side door is compromising the safety of the building. Students are not to leave and return without checking in/out through the office.

Video to the community on building updates

Here is the video link I sent to parents yesterday. It contains the same information written in the newsletter. It is a bit long (8 minutes) but highlights why we are focusing on the implementation of our code of conduct.