A detailed scholarship application along with academic records, personal work and community activities, leadership qualities and honors and awards are among that items that semifinalists submit for consideration as a Finalist. 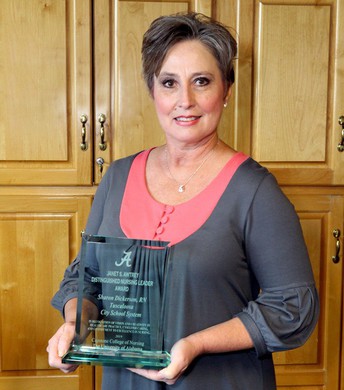 Sharon Dickerson, TCS Coordinator of Health Services, was recently named the 2019 recipient of the Capstone College of Nursing Janet Awtrey Distinguished Nursing Leader Award! This award, named after Dean Emeritus Janet Awtrey, recognizes leaders in clinical practice or education for contributions made specifically to the Capstone College of Nursing and to nursing as a profession. Criteria include vision and creativity in nursing practice, unselfish caring and commitment to excellence in nursing. 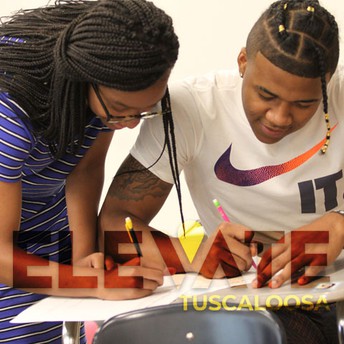 On this episode of Inside Tuscaloosa City Schools, learn how the Elevate Tuscaloosa Plan will commit money for the Summer Learning Academy. Oakdale Elementary School has been named a Bicentennial School of Excellence. Rosin Spencer says being a National Board Certified Teacher has strengthened her teaching. Football and Volleyball season is in full swing, see highlights from all TCS high schools.

Watch the new episode of Inside Tuscaloosa City Schools 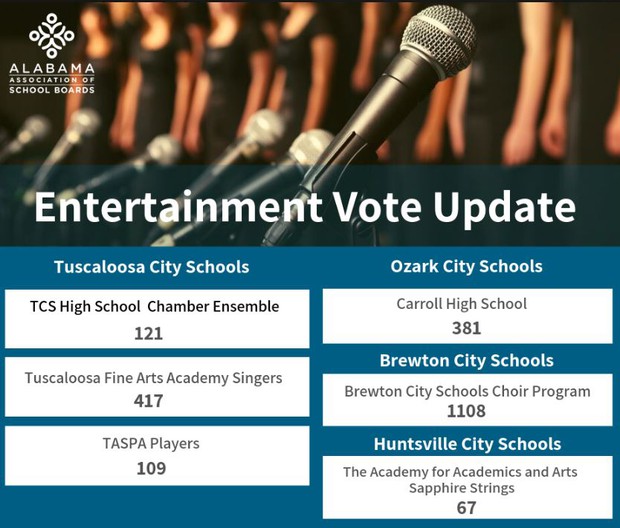 Three TCS student musical performance groups are in the running for the opportunity to perform at the Alabama Association of School Board's Annual Convention this December. At the last publicly available count, the TCS groups are trailing.

You can vote daily, twice a day through October 1! Your vote could put TCS students over the top! 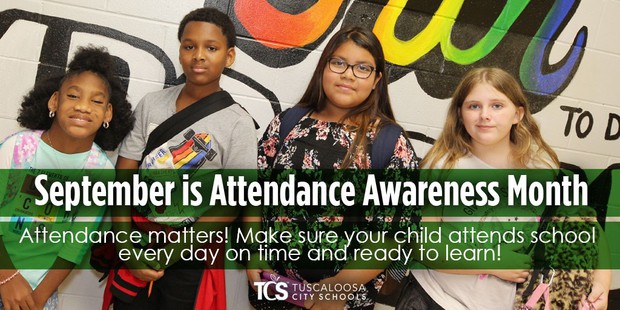 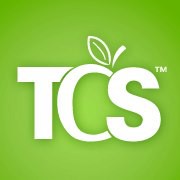