Can you believe we have entered May! Our scholars have been hard at work this term. They have been taking on extra responsibilities and proving they are 2nd Grade ready! Please make sure to read through our updates and check out what our friends have been up to these past two weeks.

Hope you are all well. In these past two weeks, first grade has been implementing reading assessments in order to monitor your child's progress. With the upcoming changes to some reading groups, we are asking for your help with some given reminders. The bookbaggies your child has must be taken home and brought back to school every day. During Literacy Block, our friends are required to read these books in order to help with their reading progress. We have had several conversations with our friends regarding this particular responsibility. We have mentioned to them that although we give reminders, they are getting ready to enter 2nd grade and this is part of their everyday responsibility as "soon to be 2nd graders." In order for students to bookshop (change their books) they must have their bookbaggies so they are able to return the books they have borrowed from the library. This way they get new books for the week. Please have a follow up conversation with our friends regarding the importance of bringing their bookbaggies to and from school and also making sure they are responsible for this given task. If you have any questions or concerns please do not hesitate to contact me. We appreciate all of your support!

In these past two weeks our friends continue to explore fairytales. This past week, we have particularly focused on character traits. Friends learned about the features that make up a character trait. To do this, we look at what the characters say, do, think or feel and use that information to describe them. In order to fully understand this concept, our friends were asked to describe specific fairy tale characters (e.g Goldilocks, Big Bad Wolf, Olaf, Little Red Riding Hood) and their traits. Once the students chose a word they had to present evidence from the text to support their statement. For example, one of our readers stated Goldilocks was "naughty because she went into the bears home without permission." In order to continue supporting our friends in reading, encourage them to name character traits and give evidence from the text. Also have them practice extend their vocabulary by thinking about other words that mean the same thing. For example "what is another way to describe a character that is nice/mean?"

Writing
After our exciting taste testing, 1B wrote their first opinion piece on the best fruit to eat and provided reasons to support why it is their favorite! Some friends think banana is the best "because they're the shape of the moon and I like the moon" while other friends think grapes are best "because they can be green or purple." Then 1B brainstormed other topics that they have a strong feeling about and want to write an opinion piece on. We can't wait to share what some of their opinions are! In the next coming weeks, our friends will learn to write a catchy introduction to grasp their readers attention.

Our 1B friends have grown so much as readers that they are ready to begin learning about syllables, and how to use them to sound out and write words. This is a huge milestone, because as they begin reading more advanced texts they will need new strategies for decoding multi-syllable words. Did you know there are six different types of syllables!? This week friends have been learning about how to recognize closed syllables. For example, in the word cat the t "closes the door" on the vowel and the a says it's short vowel sound. Being able to recognize the different types of syllables in a multi-syllable word helps readers break the word a part into smaller more manageable chunks, and figure out what sound the vowel is making, so that they can sound out longer words. The word magnetic has 3 closed syllables. Can you find them all!?

1B friends have continued to explore more efficient strategies for solving addition and subtraction problems. Recently they have been practicing expanded notation and regrouping! Regrouping requires clear organization and thoughtful execution in order to bundle ten ones and shift it over to the tens column. This is a more sophisticated strategy that will be very useful in 2nd grade when our friends are challenged to work with larger numbers. Our 1B friends were also introduced to a new type of word problem that required them to strategize how to find all the combinations for two variables in a set of ten. This was an exciting new challenge for the first graders, because they had to consider what the question was asking them since they had never encountered a problem like this before. Combination word problems are a great opportunity for our friends to begin developing an understanding for future work with probability.

With the beautiful weather outside, 1B has began their weekly park trips every Wednesday! Weather permitting, we will be going every Wednesday from 9:45am - 10:45am. If you are available to help chaperone this trip, please meet us there! We will need at least 2 volunteers each time. We look forward to seeing you at Fort Greene Park (btw Willoughby St. and St. Edwards St.)! 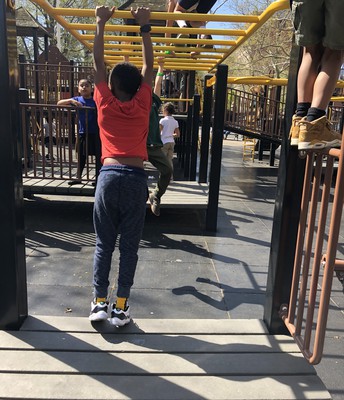 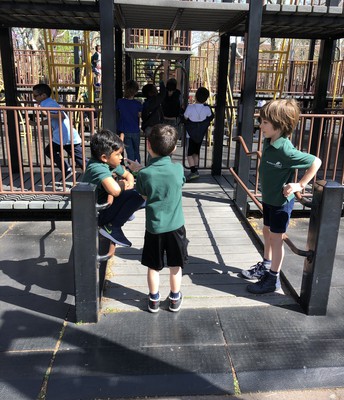 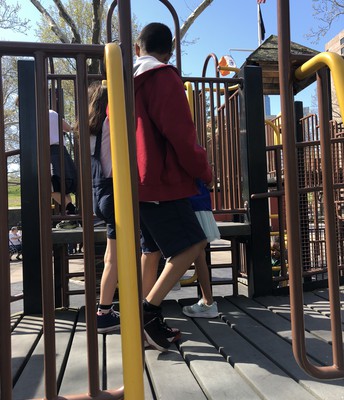 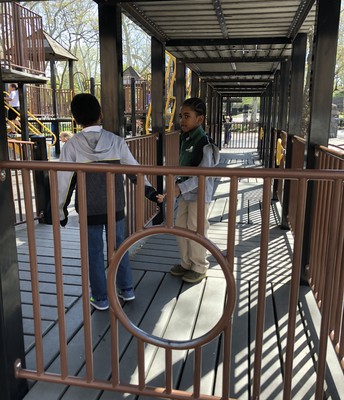 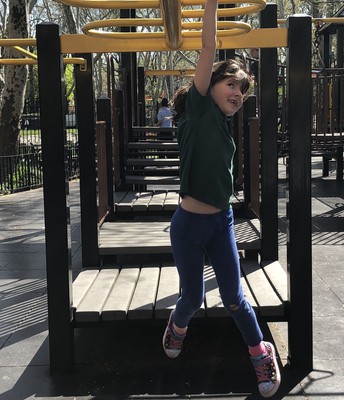 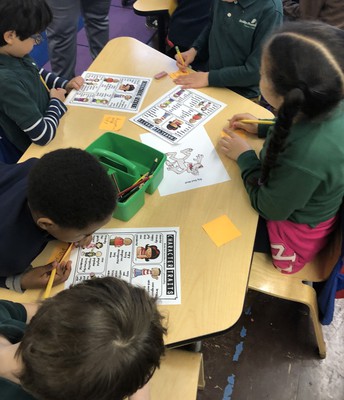 How to describe the Big Bad Wolf! 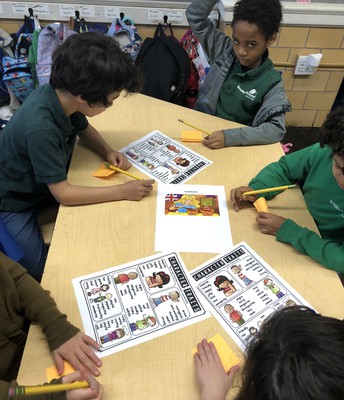 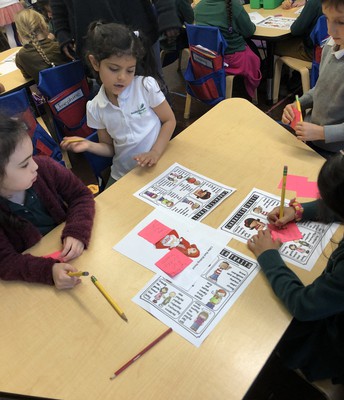 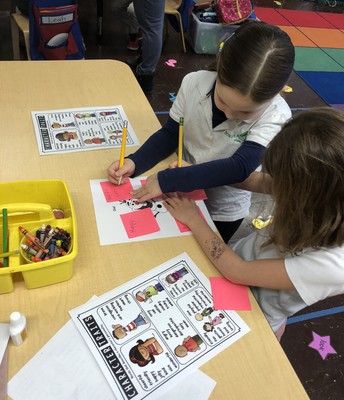 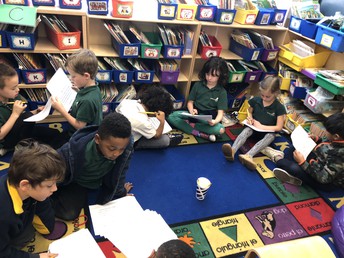 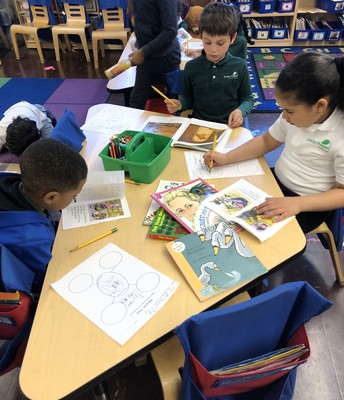 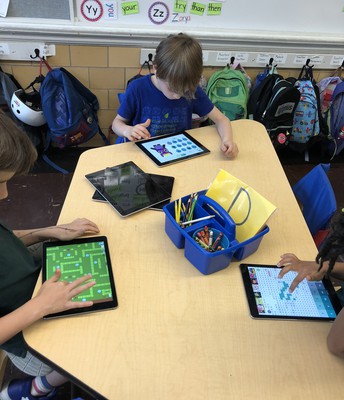 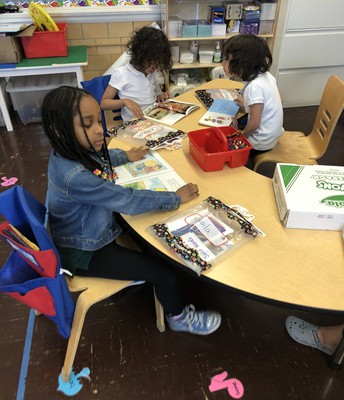 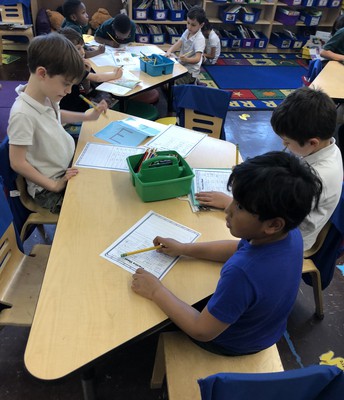 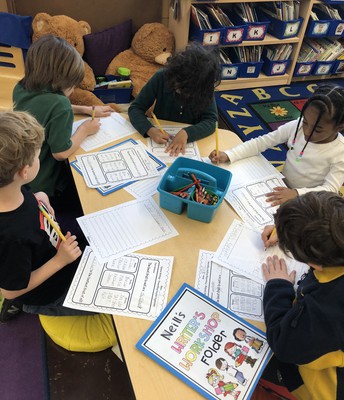 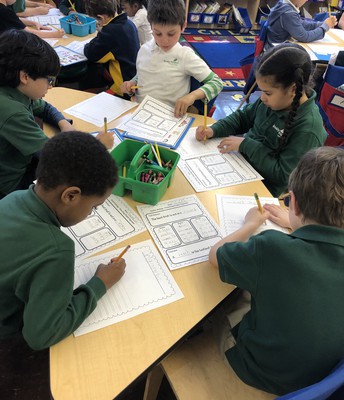 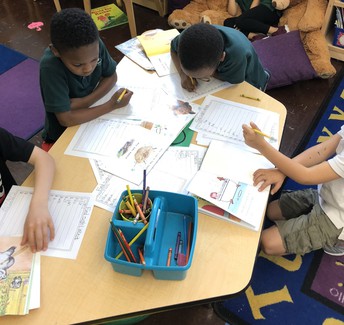 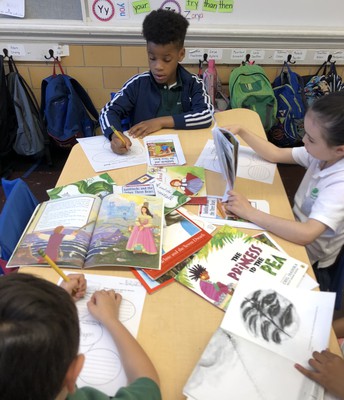 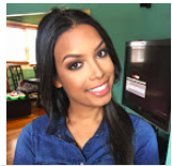