Karol is using Smore newsletters to spread the word online.

Get email updates from Karol:

We think that Cronus was a cold blooded and a very cruel Titan. We also imagine him being a very dangerous and deadly.

This is one of Cronus's symbol.

This is the family tree of Cronus, Gaia and Uranus 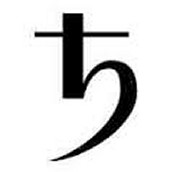 This is another one of Cronus's symbol.

This is one or the fierce pictures of Cronus.

There are many faces of Cronus and not all of them can be true I just tried to find the most realistic. 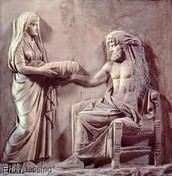 This is Rhea giving Cronus Zeus.

1 Reporter: Well hello Cronus, how are you today.

Cronus: I’m doing fine expect for the prophecy being right.

Cronus: The prophecy that said my child would be my downfall

3 Reporter: Wasn’t that your father’s prophecy?

Cronus: No,But uranus’s downfall was me, his son.

4 Reporter: Did you do it all by yourself?

Cronus: No, My mother Gaia gave me an adamantite sickle and then banished him from earth in his sleep.

5 Reporter: What did you do to try to stop this prophecy.

Cronus: Well, of course I ate my babies

Cronus: Yes, you act as if i’m crazy

6 Reporter: If you ate your children how did you get banished.

Cronus: My wife Rhea, tricked me that a rock was my child zeus.

7 Reporter: (laughs)So if you ate a rock what happened to you next?,you couldn’t of died.

Cronus: Well I threw up my recent children.

8 reporter:And did they let you stay?

Cronus:Not really, Zeus tried to defeat me and he succeeded, the good guy always wins, darn!

9 reporter:So how many children do you have?

10 reporter:still, why did you betray your family

reporter:I’m going to leave now before you explode.

The Short Reign of Cronus

Uranus had many children with Gaia; Mother of earth and was treating them horribly, so Gaia gave Cronus an adamantite sickle and Cronus made Uranus flee then taking the throne. A prophecy said his own son would be his end, and ended up eating all of his children, except for Zues.When Zeus was said to be born, Rhea the bearer of Cronus's children gave Cronus a rock instead of Zeus to swallow. Then after eating the rock, Cronus threw up this children and then Zeus -Not being eaten banished Cronus from the earth.

They lived on Mount Titanos with the rest of the titans.

Considering that Cronus was a very powerful and strong titan and probably the most ruthless. Though Hulk would not hurt people intentionally he has hurt people with his uncontrollable power.

And also his myspace account;(he's old) Cronus is awesome

And you can find him on the couch at 738 N gumdrop LN.

Karol is using Smore newsletters to spread the word online.