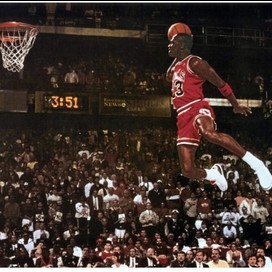 In the Paleolithic Era, clothing was mostly made of leather due to the large amount of leather they got from their hunts. 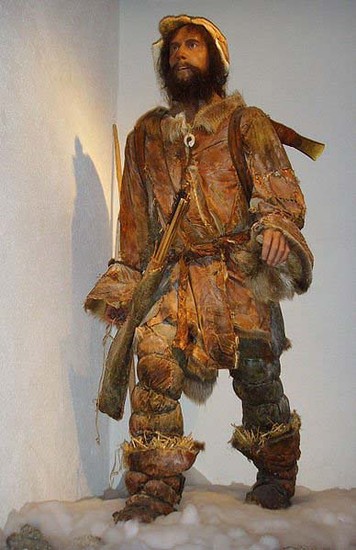 In the Paleolithic Era, people hunted animals and gathered nuts, berries, and other plants. 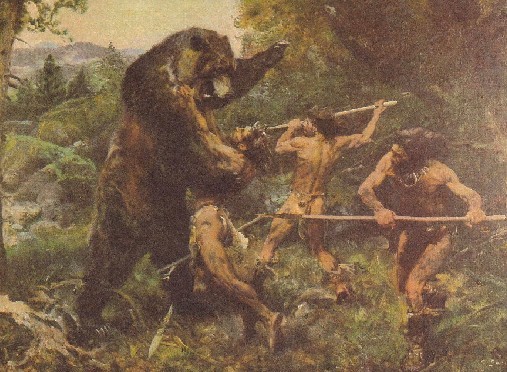 In Paleolithic Times, the Bronze Age had not yet come, so they did not have advanced tools like swords. They carved arrowheads from stone and attached them to long sticks to make spears. Although these were still weapons, they were very inefficient and weighed a lot. Paleolithic people also made small daggers/swords which were very blunt but still worked in helping hunt. 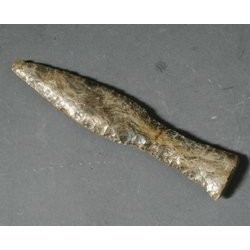 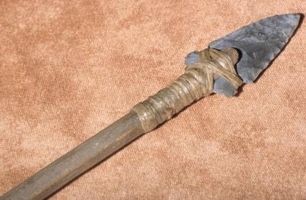 Paleolithic people usually lives in caves or rough, tentlike structures. They lived in these conditions because Systematic Agriculture was not yet introduced, so they had to move place to place to get food. 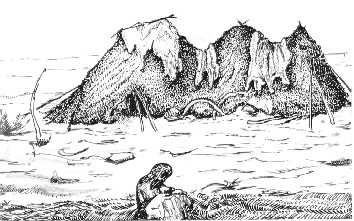 Neolithic people discovered furs, which added comfort and warmth, leather, which was very durable, textiles (wool and goat hair spun into thread) were discovered, and dyes were added to clothing to give them a better look. All of these were not found in the Paleolithic Era, which was far less advanced than the Neolithic Era. 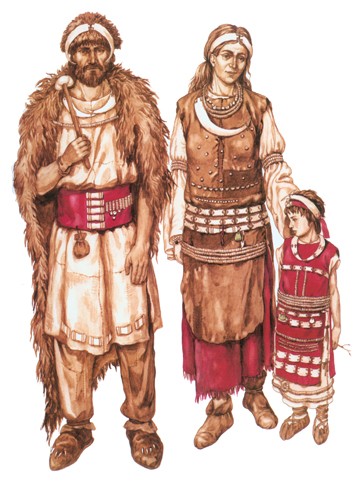 Neolithic people now wanted more strength and beauty in the things they made. People traded for flint and obsidian to use in their weapons and tools. Ever since the Bronze Age, the discovery of bronze after mixing copper and tin, people could mold things into the shape they wanted, unlike stone. This led to sharper weapons and bronze swords. 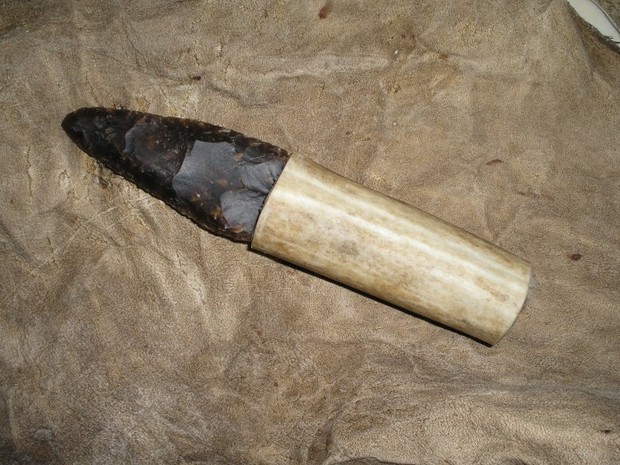 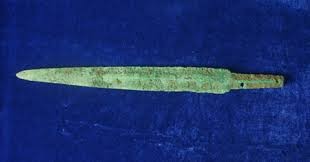 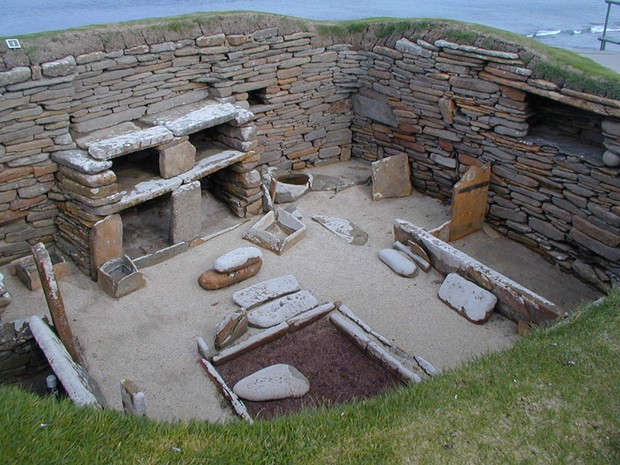