Valery is using Smore newsletters to spread the word online.

Get email updates from Valery:

Yesterday, the young Emperor Kaito, had gone missing, leaving only his adviser, Konn Torin, was left in a daze. 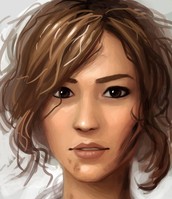 HAVE YOU SEEN THIS PERSON? LINH CINDER

If so, please make sure you call the police. LINH CINDER is a fugitive, along with CARSWELL THORNE. This person is EXTREMELY dangerous and will not hesitate to kill, say witnesses. PLEASE LOOK OUT FOR THIS CYBORG. DANGEROUS AND UNPREDICTABLE. LAST SEEN IN RIEUX, FRANCE WITH CARSWELL THORNE. 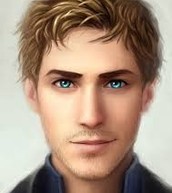 HAVE YOU SEEN THIS PERSON? CARSWELL THORNE

If so, please make sure you call the police. CARSWELL THORNE is a fugitive and thief, along with LINH CINDER. EXTREMELY dangerous and will probably flirt with you first then kill you. LAST SEEN IN RIEUX, FRANCE WITH LINH CINDER. HAS STOLEN SHIP IN POSSESSION. Race:Caucasian Hair Color:Brown/Blonde Eye Color:Blue Height:6'0

Due to Emperor Kaito's disappearance, Queen Levana's and Emperor Kaito's wedding has been delayed until further notice. Though the populace doesn't seem doubt that the wedding will be done and over with even if our dear Emperor is not present. 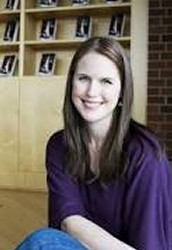 Facebook @marissa_meyer
Marissa Meyer is the New York Times- bestselling author of the Lunar Chronicles. She lives in Tacoma, Washington with her husband and three demanding cats. She's a fan of most things geeky (Sailor Moon, Firefly, an occasion that requires costumes), and has been in love with fairy tails since she was a child. She may or may or may not be a cyborg.
Tacoma, WA, United States marissameyer.com/

The Lunar Chronicles is a series of three (out of five) fantasy novels. All have a loose connection to fairy tails and their own twists. This all takes place way in the future. Like, way in the future. Where cyborgs, and androids coexist together! The first book, Cinder, takes place in the futuristic New Beijing. Cinder, living with her stepmother and two stepsisters. I'm sure that's a bit familiar, right? Cinder works as a mechanic in a booth at the market place, where she meets Prince Kaito, aka Kai, who requests for her to fix his personal android (can totally see the love interest). Cinder cannot cry, or blush due to her cyborg modifications. (SPOILER FROM HERE ON OUT) Thought to be immune to letumosis, but she is actually Lunar. Lunars are genetically mutated humans that live on the moon, Luna, that can manipulate the bio-electricity (complete science; literally no magic) of humans to make them do whatever they want, this is called "glamour". They can make all kinds if stuff, but that is for you to find out by reading. Later, still in the first book, (VERY HUGE SPOILER) Dr. Dmitri Erland states that she, Cinder, is Princess Selene, the true heir to the Lunar throne. He gives Cinder a new hand and a new foot (Cinder had metal for a hand and foot) and a mission, to look for him in Africa. In the second book, Scarlet, Scarlet Benoit (who is based off of Little Red Riding Hood) is added to the plot. Scarlet Benoit is the granddaughter of Michelle Benoit, a former pilot and farmer who has suddenly gone missing. While on her way to find her, Scarlet learns from a street fighter named Wolf that her grandmother may be hiding secrets regarding the Lunar princess, Selene. She notices a tattoo on his arm; a string of letters and numbers that make so sense to her. Later, she finds out that the same people that have kidnapped her grandmother are the same people with that tattoo. Scarlet confronts Wolf and he explains that he had ran away from them. Really, Wolf's gang's motive is to interrogate the grandmother in order to gain information about the lost Princess Selene, which we know is Cinder. Meanwhile, Cinder is now a wanted fugitive since that last time we saw her, with the help of Dr. Erland and the new mechanical appendages he gave her. While breaking out of prison, Cinder meets Carswell Thorne, a US Repubic fugitive sentenced in New Beijing. During their escape from prison, they both break in to seal Thorne's stolen US military space ship to leave the atmosphere (yes, they're leaving Earth). Cinder slowly starts to learn how to use her Lunar powers. Third book, Cress, is about Crescent Moon 'Cress' Darnel (based on Rapunzel) is a hacker banished who has somehow caught up with Cinder and her crew's plot to over-throw the wicked Lunar queen, Levana. But, soon everything goes sour. The group get's sepperated, and they must do anything to reunite, and stop the royal wedding. Emperor Kai's and Queen Levana's wedding to be exact. And all the while, the plague (lumetosis) is mutating, and Queen Levana is watching. . .

Valery is using Smore newsletters to spread the word online.