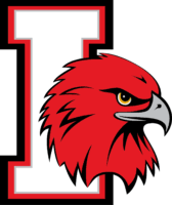 Can you believe we only have four weeks of school until we finish the first semester? What a great start to the year! We have had a few successful events this week, starting with an outstanding performance by our Irons Theatre with a performance of The Box. Our basketball teams had a quality performance from both the boys and girls this week with wins over Knox. Finally, we wrapped up the week with just over 400 students attending our Harvest Dance. We were all entertained by the dance moves of our students.

Thank you to our PTO for organizing the dance.

We will start Generation Texas week on November 15th and run through November 19th. Our 8th-grade students will work on four-year plans for high school, along with all students discussing educational opportunities available after graduation.

We have started our community service project with a food drive and family items for the Women's shelter. 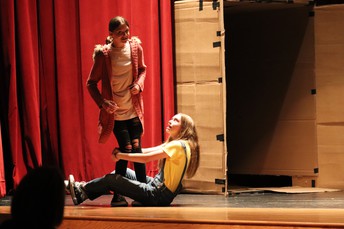 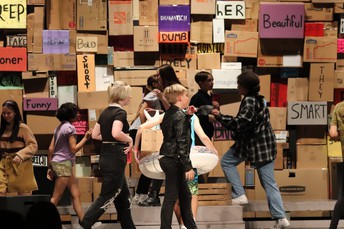 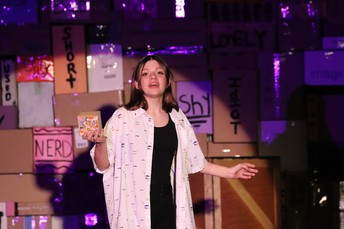 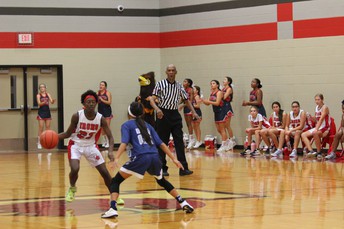 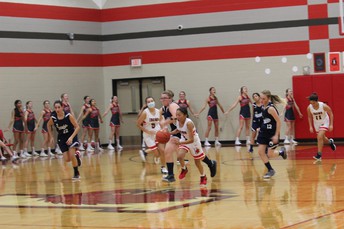 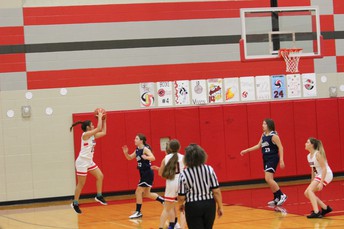 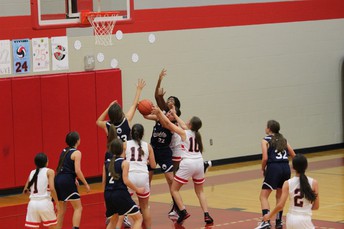 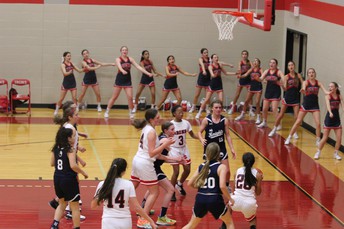 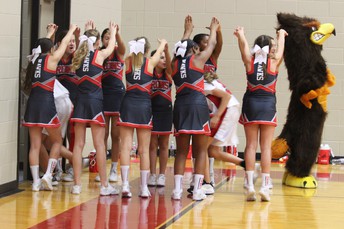 The 7th Grade A Team beat Knox JH 51-46. The game was close throughout, but the A team pulled it out in the 4th quarters outscoring Knox in the 4th quarter, taking the game into overtime tied at 45. The A was able to go in a run and outscored Knox 6 to 1 in overtime, securing the win. The standout players in the game were Deondre Yancey for his super ball-handling ability and Brycen McCafferty for his scoring and great defense. Congratulation to the 7th Grade A team for a great comeback and win!

The 8th Grade B team lost to Knox 36-35. This game was a tough loss due to Knox throwing up a half-court shot at the buzzer. We had a great effort by the team. Kevandre Foster led the way with 9 points. Isaiah Robinson played well with 4 steals and 7 points. Titus Braboy also played well with numerous rebounds and good defense. Our players should be proud of their effort.

The 8th Grade A team lost to Knox 42-33. The game was back and forth all night until Knox scored on a couple of 3 point plays late in the 4th quarter to take a 3-point lead up to 9 points.

Jaden Turner had an excellent game with 15 points, and Dre Urbay was our 2nd leading scorer with 6 points. We're proud of the team's effort the entire game. 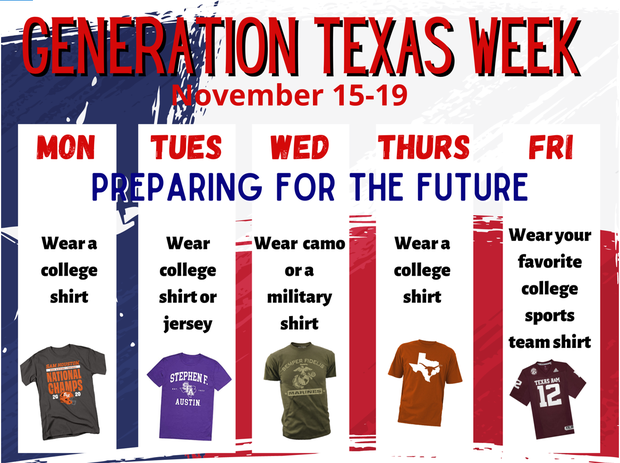 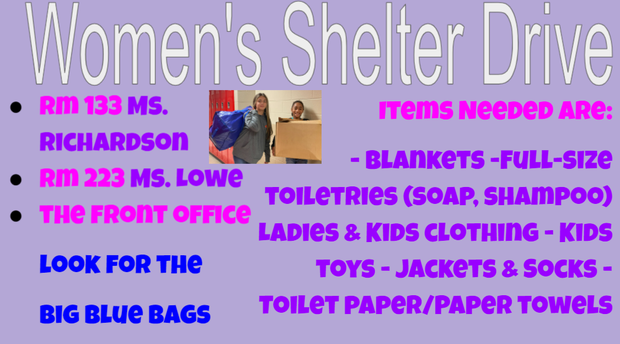 Student Council and NJHS in collaboration with Kamilah Ope, former student of Irons Junior High School, are collecting household and clothing items for the Womens' Shelter of Montgomery County. This is a service project Kamilah is coordinating through the Oak Ridge Leadership Academy. They need new items such as blankets, toiletries (soap, shampoo), ladies and children's clothing, jackets, toys, socks, toilet paper, and paper towels. 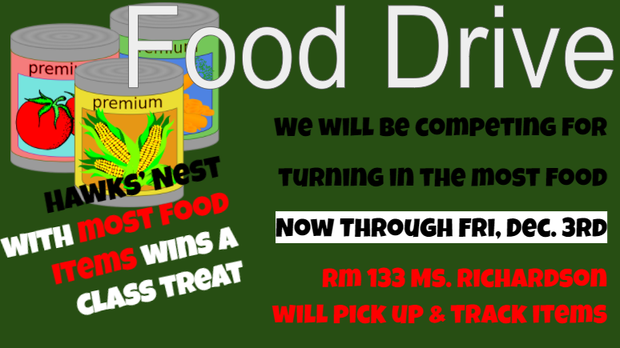 Student Council in collaboration with NJHS is collecting non-perishable food items for some local families for the holidays. Collections will be taken up in students' Hawks' Nest. The class with the most food items collected will win a prize. This collection will be taking place now through Friday, December 3rd. 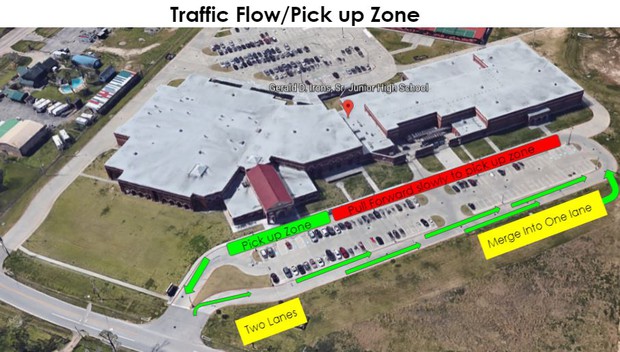 Parents, thank you for your help with improving our car rider dismissal procedures earlier in the school year. The double-stack at the entrance of the drive has been a tremendous help with moving cars quickly through the car rider line. We need your help once again to improve our procedures.

We have been asked to move as many cars off of Needham Road as possible. We can make this happen if we all continually close up the gaps between vehicles while you are in the drive.

When stopped on Needham Road, please do not block residence or business entrances.

We have accumulated numerous lost coats, shirts, shoes, bags, and water bottles this semester. If your child is missing any items, they can be found at the lost and found table by the AP office. We will donate all gently used items after Friday, 12/3/21.

Instruction Begins at 8:50 AM

Please remember that instruction begins at 8:50 AM. I know that traffic can be heavy on 45 and 242, so please help your child by leaving a few minutes earlier to plan for the increase in traffic. Your child needs to arrive on campus in plenty of time to get some breakfast, walk to their class, talk to their teacher, and then prepare to start a day of learning.

Students must be in their class prepared for instruction when the bell rings at 8:50 AM.

Basketball season is starting next week. If students wish to attend the game, they must meet the following criteria:

Students will be required to pick up a wristband in lunch on Thursday, the week of the game. The wristband will allow the students to purchase a ticket at the door for one dollar.

All students must be picked up from the game by 7:15. 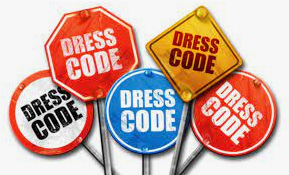 Parents, we have observed an uptick of students out of dress code the past few weeks. Please ensure that your child meets the Irons Dress Code before departing for school. 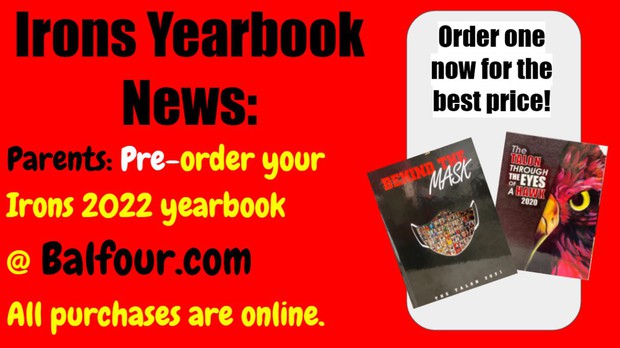 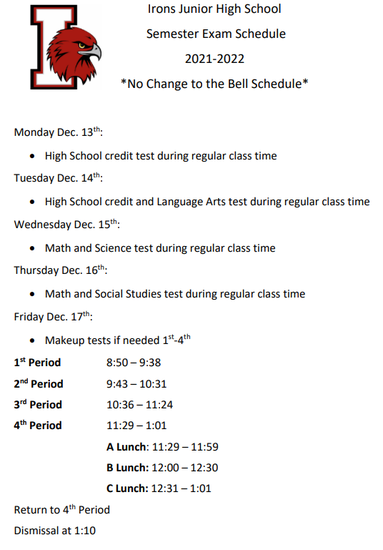 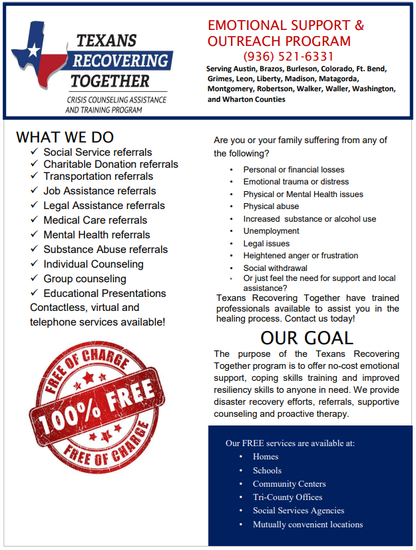 Please print, complete form and return to Irons Jr. High in the summer or at schedule pick up day.

If you will need bus transportation and have not signed up in the past please do so as soon as possible. 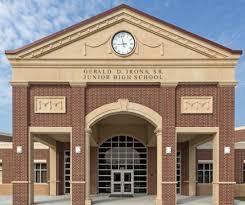 Follow Robert MacFarlane
Contact Robert MacFarlane
Embed code is for website/blog and not email. To embed your newsletter in a Mass Notification System, click HERE to see how or reach out to support@smore.com
close