Briley is using Smore newsletters to spread the word online.

Get email updates from Briley:

Social Commentary is a form of making fun of or mocking a current issue or event. It takes place on many different platforms and in many different forms. They can be humorous or be taken serious. The point of social commentary is to make current issues and events more known and point out the humor and flaws in them. I believe that social commentary is needed in our society because it is a way for people to keep up on current things that are happening in our world. Social media is the perfect platform because most of society today uses it and it’s a way for society to learn about current issues and events in a humorous way. I think that pointing out the flaws in them is a good way to show irony and complications. Although social criticism is healthy for our society, it also was obstacles. Sometimes people use too much social commentary and you can’t tell what is real or fake. Social Criticism is also shown in books and through art. Artist draw cartoons or paint to voice their opinion. Books like Huckleberry Finn by Mark twain are huge examples of social commentary.

Mark Twain uses a lot of social commentary in his novel, Huckleberry Finn. Throughout the novel he makes fun of the society in his time and he portrays his opinion on issues and problems in the world. In the novel you can find all his opinions on topics though the characters. Mark was not afraid to point out the flaws in society and he wasn't scared to voice his thoughts. One specific example of social commentary is how wrong some people in the society around Huck are. The King and the Duke, or whoever they really are, are two shady people that lie, connive and have no respect. The two men claim to be the "king and duke" and use this act to get anything they want. They are con artists and will do anything for money. In a small town they set up a fake play just to get money. In the middle of the third show they left just to get the money and the duke exclaimed to Huck, "' Walk fast now until you get away from the houses, and then shin for the raft like the dickens was after you'" (Twain, 153). Everything gets worse when the two criminals pose as the brothers of a man they learned was dead in order to take his fortune away from his sisters. They tricked the whole family and stole the money. Huck realized that their acts were wrong and “I[Huck] says to myself[himself], this is another one that I’m letting him rob her of her money. And when she got through they all jest laid their selves out to make me feel at home and know I was amongst friends. I felt so ornery and low down and mean that I says to myself, my mind’s made up; I’ll hive that money for them or bust” (Twain, 175). From that point on the criminals disgust Huck and he realizes how evil people in society can be. This example shows how Huck learns the evils of society and helps the readers understand why Huck wants to escape it. Through this example Mark Twain is trying to show how immoral people can be and how people mostly think of only themselves, not others. 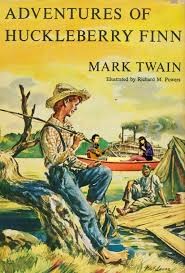 Social commentary is seem now more than ever. It can be seen everywhere and is currently very popular in the political scene. People make art and cartoons to make fun of candidates in the run and point out what they're doing wrong. This example (not meant to be taken personal, just an example) is using the candidate, Donald Trump, and using criticism in a funny way. The artist is commenting on their opinion that Trump does poorly on his campaigns. They are not coming right out and saying it, but they are being witty and making the observer realize the comments being made. This is a perfect example of how people voice their opinions in politics. 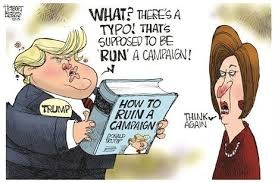 "They are going to love this meal!" I thought to myself as I finally finished the hour-long process of making my family's favorite dish, homemade lasagna. As a mother of four, it's hard to make everyone happy and to have everyone together. A homemade meal is the perfect way to get everyone together and seem like a happy, well organized family. "Dinner is ready, everyone come to the dining room," I exclaimed excitedly. Only pure silence responded to me. I signed knowing what I have to do. I grabbed my phone and texted each of my children and my husband. Somehow, a minute after the text they were all sitting in their seats at the table. I didn't bother mentioning that I called for them because I already know the responses. I happily serve each of them a big helping hoping that it will keep them at the table longer. I sat down and started filling my plate only to look up and find five faces staring at their devices. Their laptops and phones overfilled with laughter and music. I frowned knowing that none of them whispered a thank you and none of them noticed the effort I used to make their favorite meal. We sat in silence and eventually I got up and left, without a single one of them noticing my presence was gone.

This is an example of social commentary because it is appealing to a person's sense of justice. It isn't meant to be funny like the other examples, but it points out a flaw in society trough a story. The story is criticizing the overuse of devices and social media in out society. It is using emotions and making the reader look at the issue in a new way. 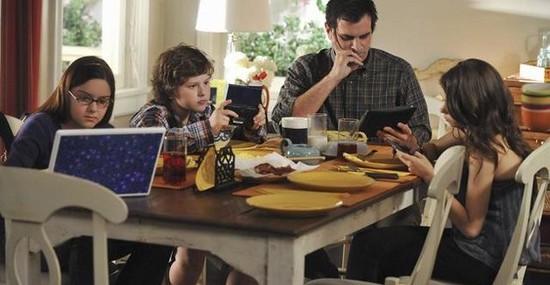 Briley is using Smore newsletters to spread the word online.