It's Out Of This World

It's Out Of This World 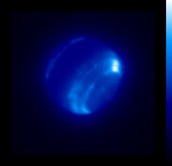 Have The Best Vacation Ever!

There is no better vacation destination than the eighth planet, Neptune. Even though the day is only 16 hours long, you can fit in tons of fun! You can go to any or all of the 13 moons, the biggest of which is Triton. You can go on hikes or go on a ship for a tour of the rings. Also, now with now hovering technology you can stay on the actual planet rather than just going over it in a spaceship!

If you are planning on vacationing on Neptune, bring a variety of clothes. You will find that the temperature can vary from -199 degrees C all the way to 480 degrees C. Also, it is very windy on Neptune so get ready for a breeze!

The atmosphere consists of Hydrogen, Methane, and Helium. Be sure to see the striped pattern of clouds during your visit! All oxygen tanks are provided during your visit. Refill stations for tanks are located throughout the planet and moons.

On Neptune, there are plenty of things to do. You can visit the site of the Dark Spot which was discovered way back in 1989 by Voyager II. It disappeared in 1994 and is a popular attraction. You can also observe the rings, go for hikes, and many many more things. Have fun on your trip to Neptune!

Here on Neptune there are plenty of places to stay. You can go to one of the many resorts or book a cabin in the wilderness.

There are also plenty of places to eat on Neptune. You could eat at your resort or go to a restaurant down the street.

There are also shuttlecraft going to each area on Neptune all day long.

some of our best activities 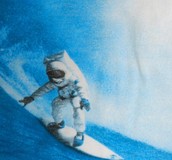 You can go surfing on the recently restored ocean of Triton.

Have fun observing the rings in a spacesuit!

See all of Neptune's moons and all attractions on Neptune in the comfort of our High-tech space ships.

Guaranteed To Be Fun For The Whole Family!

Distance from the sun: about 2.8 million miles.

Rotational period: One day is about 16 Earth hours.

Meaning: Neptune is named after the Roman god of the sea.

Orbital Period: Neptune's year is the equivalent of 165 Earth years!

Tilt: Neptune tilts on its axis at about 29.6 degrees.

Seasons: Neptune's seasons are of equal length and last 41 Earth years each!

Enjoy Your Stay On The Farthest (and most fun) Planet!