The Basics of Credit

Basically, credit is the idea of buy now, pay later. Credit gives people the ability to borrow money and be able to repay it in the future. Most people think of credit cards when they hear the word credit, but credit can also be personal loans such as school, car, or mortgage loans.

Although, credit sounds great, there are many costs that go along with it. One major cost is interest, or the cost of borrowing money. When someone takes out a loan, not only do they have to repay the original amount of the loan, they also have to pay the interest. Another cost of credit is that if one is not good with paying back on time, they can fall into major debt which causes major problems in the future. Debt results in consequences such as having trouble taking out a loan. In order to receive credit, one must show their creditworthiness. Lenders can judge someone's credit worthiness by determining one's character, capacity, and capital by the information provided by the Credit Bureau.

The Credit Bureau has a record of every person's credit history which includes loans taken out and repayment history such as missing or late payments. By analyzing this data, the Credit Bureau assigns everyone a credit score. A credit score is a representation of your creditworthiness. The higher the credit score on a scale from 300 to 850, the better. It enables you to benefits such as receiving lower interest rates. All this information is passed along to the lenders by a credit report that shows the credit score and any other credit information. 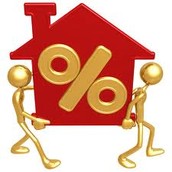 Interest, or APR, is the price to pay when one doesn't send in their payments on time. If one pays the entire balance, one doesn't have to worry about interest.

Credit score is based on the FICO scale that determines how dependable you are with payments. If one has a good score, they have an easier time receiving loans and lower interest rates.

Credit limit is the maximum amount of money you can spend using a card. When one goes over limit, there are penalties and fees that need to be paid.

Credit Cards: What You Need to Know

A credit card is a plastic card from companies such as Visa or American Express where people can charge purchases to and pay back later. People can use credit cards at places such as restaurants, department or grocery stores, online shopping, or wherever credit cards are allowed.

Some credit cards charge an annual fee to use their card. These fees range from $15 to $100. Another important feature to remember when applying for credit cards is the interest rate or annual percentage rate that is applied to balances that are carried over from month to month.

There are many pros and cons to owning credit cards. A pro is that credit cards can have incentives that can be used later such as airline miles and reward points. Credit cards also allow you to buy items instantaneously without having to pay for the purchases until a later time. However, this can also be a con if people aren't responsible and go over their credit limit. If they go over their credit limit, they will have to pay an over-the-limit fee. This fee is about $30.00 on average. Penalty fees are also a con of credit cards that are applied during times such as having a late payment. Also, if people aren't responsible enough with their money, credit cards can cause people to go into debt from their spending. 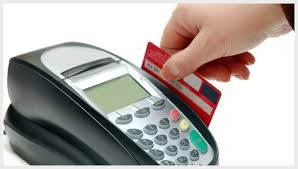 1. Have control over your spending while using credit cards. If you have control and are responsible, you will be able to receive a good credit score.

2. Try to avoid owning too many credit cards. The more cards you have, the more money and possibly more interest you will have to pay at the end of the month.

3. When receiving bills, pay the entire credit card balance in full because you won't have to worry about paying interest or a minimum payment.

4. When choosing the credit card you want, read the agreement carefully and ensure that it isn't too expensive but also has great benefits such as miles or reward points.

5. In some situations, try to take out a loan instead of using a credit card to ensure that you receive the lowest interest rate.