Learning With the Stars

Learning With the Stars 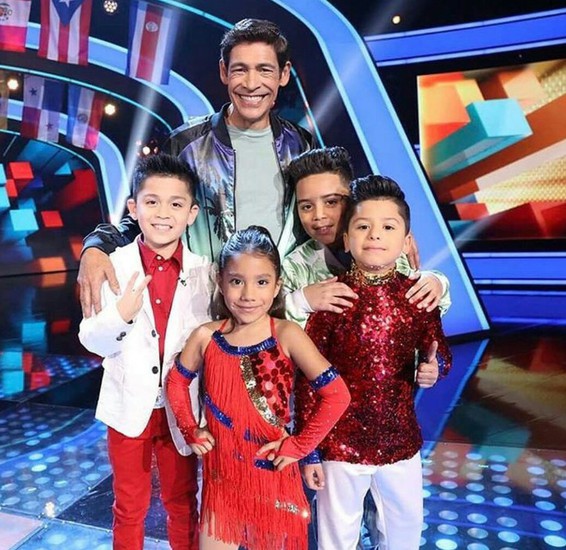 Online education allows people with busy lives the flexibility to achieve multiple goals and fulfill multiple commitments at the same time. JeanPaul, a second grader in Mrs. Cahill’s and Mrs. Blondina’s class, is finding that out as he enters the final week of Univision’s child talent competition, Pequeños Gigantes. http://www.univision.com/shows/pequenos-gigantes

JeanPaul, who turned 8 this month, is pursuing his dream of becoming a top professional salsa dancer. After winning the number one position in the World Latin Dance Cup competition in December, he went on to audition for the current show, and qualified for many successive rounds. JeanPaul’s team “Pequeflow” is one of the final two competing for the grand prize this week.

But JeanPaul is also an ordinary Duffy second grader, which means he still has a lot to learn in school as well! In order for JeanPaul to realize his ambitions without sacrificing his academics, his teachers have set up a distance learning arrangement on Google Classroom. JeanPaul is able to log in to his personalized virtual classroom and access materials and assignments. He is also a member of the subject-specific Google Classrooms that the rest of the class uses. At the same time, his classmates are excitedly following his progress on the show and social media on a daily basis.

The main platform facilitating this priceless interaction, Google Classroom, is part of the Google Apps for Education suite, which interfaces easily with Google Docs, Slides, YouTube, and any other websites. JeanPaul uses the same applications that the other students use: Xtramath, Achieve, RazKids, Digital Readworks, and PearsonSuccessNet, from which his teachers link specific assignments each week. Mrs. Cahill and Mrs. Blondina also video record new Recipe for Reading (phonics and word work) lessons presented by Mrs. Armstrong, and then scan and upload worksheets, project instructions, and examples.

Pequeños Gigantes provides JeanPaul and his fellow contestants with a tutor, Mrs. Carmen Soltren, for three hours a day. Mrs. Soltren either scans or mails back JeanPaul’s completed work, or he just attaches it to the assignment in Google Classroom. When he returned last month for a week break, he voluntarily spent his recess time in the room catching up on tests and assignments best done in person.

The show is on Univision, all in Spanish, Monday through Thursday at 8:00 PM. April 3, 4, and 5 are the final competitions. Thursday, April 6 is the season finale, when the grand prize winner will be announced. This week’s final decision will be reached by public vote. Each night the show will post a number to call to vote for the two teams. The number changes every night, but the Twitter tag #teampequeflowvota stays the same. Viewers may vote up to ten times per phone, and ten times per Twitter account, as well as by the Univision Conecta app. It is not necessary for voters to speak Spanish; the vote is automatically recorded just by the phone call.

Without distance learning capabilities, young students like JeanPaul would have to choose between remaining a part of their class and developing their talent. However, thanks to the district’s progressive technology program, our salsa star can enjoy the best of both worlds. No matter what happens this week, teachers and students alike have been captivated by JeanPaul’s sparkle and joy on the dance floor. We’re all very proud of JeanPaul’s discipline, effort, and achievement, and we look forward to welcoming him back in person soon.