Radios brought music to many homes throughout the western world. Many radios were tuned to the new sounds of Jazz. Jazz was pioneered by African American musicians who combined western harmonies with African rhythms. Louis Armstrong (shown in the picture) was a trumpeter that took simple melodies and improvised endless subtle variations in rhythm and beat. The sound of jazz were symbols of freedom, the 1920's are often considered the Jazz Age. 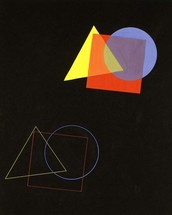 Architects in the 1900's rejected classical traditions and developed new styles to match and industrial and urbanized world. A school in Germany created by the Bauhaus influenced architecture by blending science and technology with design. In the picture a piece of work from the Bauhaus is pictured. Many people continued to use the Bauhaus ideas and used the idea that the function of a building should determine the form of the building.

Surrealism is a movement that attempted to portray the workings of the unconscious mind. One Surrealism artist (Salvador Dali) used images of melting clocks or burning giraffes to suggest the chaotic dream state. The image on the left is a piece by Salvador Dali.

Dada was a revolt against civilization. One who made art considered Dada said that "Dada is a life without discipline or morality and we spit on humanity." Some pieces of Dada were intended to shock and disturb the middle class viewers. Dada helped inspire a movement that attempted to portray the workings of the unconscious mind also known as surrealism. The piece of work is a piece by Hans Arp. 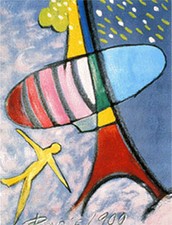 This type of art was composed of lines, colors, and shapes with no recognizable subject matter at all. This piece of art was moving further away from reality than any other type of artwork. 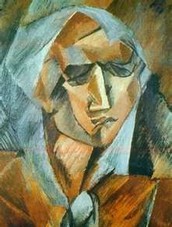 Georges Braque created this new revolutionary style. He broke three dimensional objects into fragments and composed them into complex patterns of angles and planes. Cubism helped inspire a movement that attempted to portray the workings of the unconscious mind also known as surrealism. The picture is a piece of work by Georges Braque.