By Eric, Zach, and Shane

By Eric, Zach, and Shane 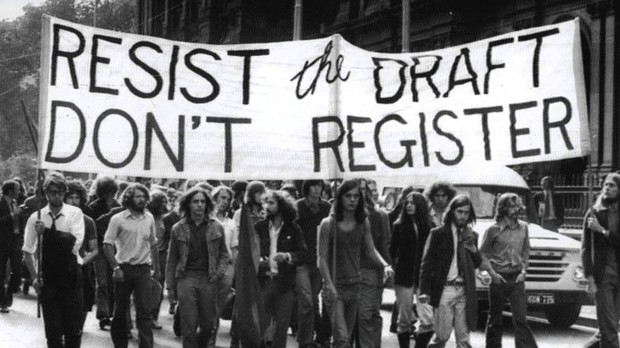 The Draft was implemented to gain more American fighters during the war. All men at the time, ages 18-26, were eligible for the draft. Their names were put in a lottery and one third of all names were chosen. The other two thirds were exempt from fighting, but the struggles remained. Those included lower wages, higher taxes to help contribute to the war cause, and deal with the tragedies of losing family and friends in battle. Over time, the draft has changed and eventually, in 1973, it was abolished. Many protests arose because of the draft, as many people felt it was unfair. The draft resulted in many citizens fleeing to Canada. Some exceptions to the draft included those with disabilities diagnosed by a doctor, those attending some colleges, and those who were needed at home to support their families.

Background Information on the War

The controversy in Vietnam was as a result of the Cold War. The Vietnam War started in 1955, but the United States' involvement begun in 1965. The initial reason for the war was because the Northern part of Vietnam was imposing communistic rule on the South. The South rebelled against the possible communist rule. The United States begun supporting South Vietnam for questionable reasons. The Vietnamese used guerrilla warfare tactics and used their knowledge of the land to their advantage. The United States withdrew from the war in 1973 and the war ended shortly thereafter in 1975. Over the course of the 20 years of battle, 3 million deaths accumulated, only 58,000 of them being American soldiers. 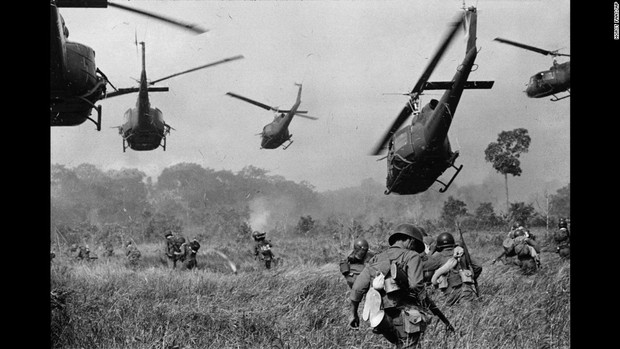 This is a picture of the battle grounds in Vietnam. Hueys were used to transport soldiers into the dense environment of the war zone as well as rescue the wounded. The loud sounds caused by the low-flying helicopters startled many Vietnamese and gave the U.S. an aerial view of the battleground. The overhead view gave away many important Vietnamese strongholds.

Beginning of the War

Once some torpedo boats belonging to North Vietnam attacked two U.S. boats in the Gulf of Tonkin, President Lyndon B. Johnson ordered bombings upon North Vietnam in retaliation. This started the United States' involvement in the war.

America's Role in the Vietnam War

Once the war started, many Americans believed that helping South Vietnam was a good idea. In 1961, the United States signed a military and economic aid treaty with South Vietnam. Soon after president Lyndon B. Johnson passed the Tonkin Gulf Resolution in 1964, the aid from the American side greatly increased. In early 1965, the United States began performing air raids on North Vietnam and communist controlled areas in the South. Despite all of the help that the United States provided, and the political help which was gained as a result of the election of Nguyen Van Thieu, South Vietnam as well as the United States were unable to defeat the forces of the Viet Cong. As many as 2,700,000 American soldiers fought in the Vietnam War. 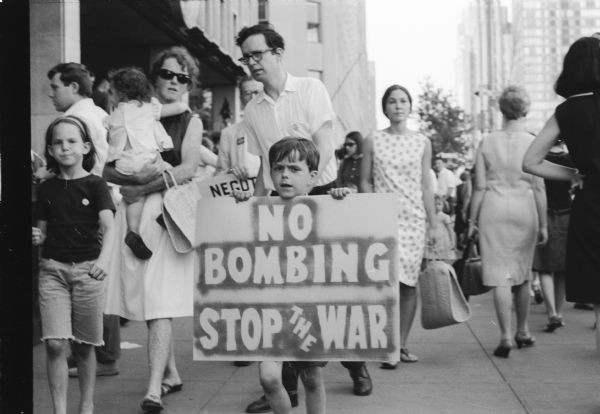 Protests in the States

At the start of the war, many Americans felt their involvement in the war was necessary and fighting to help South Vietnam was the right thing to do. As the war prolonged, Americans began to realize that there was no purpose in supporting the South Vietnamese. The main event that caused protests to arise was once the U.S. started bombing North Vietnam. Many people began to believe that the involvement was unnecessary. College campuses were very popular locations for anti-war protests. Many protests were because of the inflation occurring in the states as a result of the war. Lots of money was being used for war purposes, therefore spending was limited on national causes such as welfare. Although most people opposed the war, there were still many people who supported it without voicing their opinion. The Vietnam War greatly altered society in the United States. 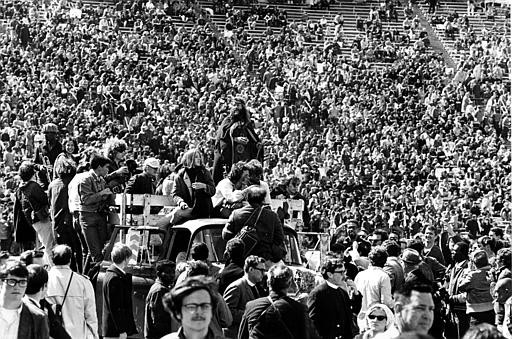 The Vietnam War's Affect on Society

During and after the Vietnam War, society underwent many changes. One of these being the abolishment of the Draft after the war ended. This limited the number of soldiers on the American side. The army was strictly made out of volunteers. After the Vietnam War, another major event happened in the United States. 18 year olds were now allowed to vote. This was a huge turning point for Americans. Many people thought it seemed ridiculous that 18 year olds could be entered in the Draft, but not vote for government positions. Although many negatives came as a result of the horrors of war, military families bonded together. They grew relationships over their dead or missing family members. Americans came together during the war on similar opinions. Those who felt the war was unnecessary and needed to be stopped, performed protests with others with the same viewpoint. This caused friendships to be developed. Although the war was a tough time for the Americans, some good things did come out of it. 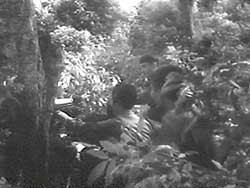 Guerrilla Warfare in the Vietnam War

The Vietnamese knew the land very well. As a result of this advantage, they were able to use guerrilla warfare to surprise attack the Americans. Guerrilla warfare is a primitive fighting style that involves rapid surprise attacks along with unconventional tactics. The act of hiding in the thick brush in Vietnam gave the Viet Cong an advantage over the Americans. Many Vietnamese soldiers surprised the Americans in the forests and caught the oblivious American soldiers off guard. 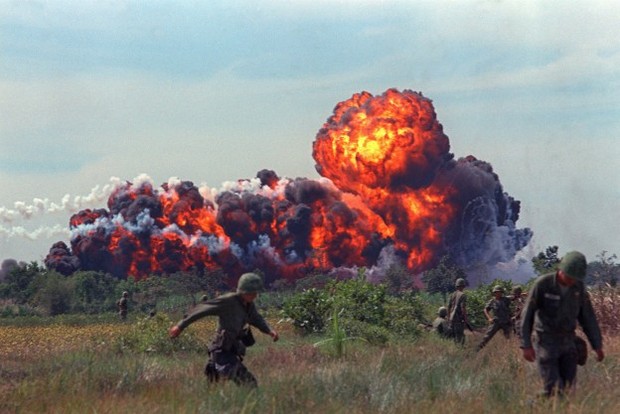 Interesting Facts About the War

Imagine how people would react to the war today. How do you think the public response would be different?