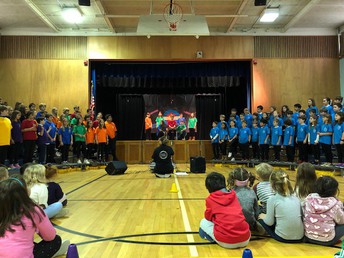 Parkway School recently received notice that the RecycleCT Board voted to fund Parkway's grant proposal to extend their recycling program to include small scale composting and the development of an outdoor garden, created at least in part, using recycled and repurposed materials.

The goal of the School Grant Program is to fund efforts in Connecticut K-12 schools that foster a greater understanding of and promote action and engagement in: waste reduction, reuse, recycling and composting and/or anaerobic digestion. Of the 28 schools that applied, 16 were awarded grants. Parkway School's Library Media Specialist Mrs. Lea Attanasio wrote the grant and will be leading the charge to make this garden a reality for the school.

Parkway School’s Principal Ms. Mary Grandville said, “We are thrilled about this grant, and look forward to using the funds to start our composting and outdoor garden work this Spring. Our students and staff are active partners in our school’s recycling, reuse and waste reduction practices, which strengthens our community’s value of the environment and our understanding of the impact that we have on the world.”

A group of of 24 students prepared a ribbon dance, a fan dance and a skit, under the tutelage of three of ISD's parents in celebration of the Chinese Lunar New Year. The celebration, which took place on Friday, January 17 in the ISD gymnasium, also included a calligraphy demonstration and a narrative explaining the meaning and significance of the dragon, the color red, and other Chinese customs. ISD's Principal Ms. Terry Ricci shared, "These students rehearsed after school in the weeks leading up to our celebration. Their hard work resulted in an entertaining and educational experience for all audience members." 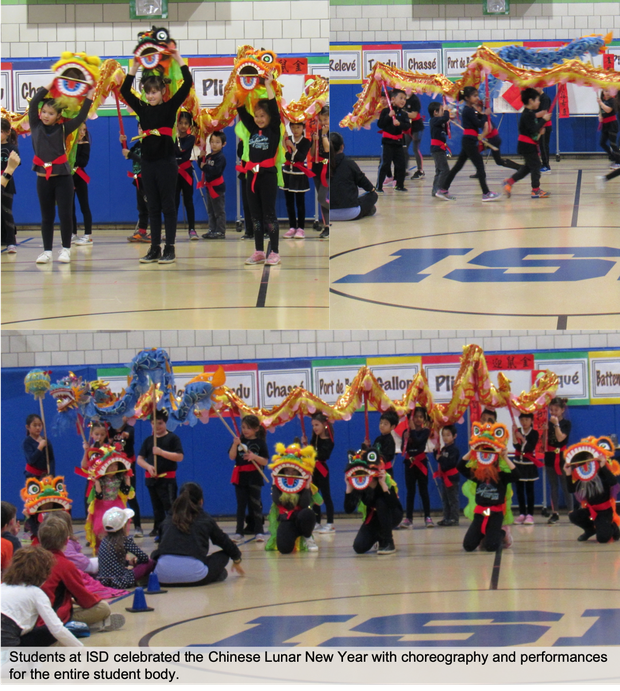 Eastern Middle School Principal Mr. Jason Goldstein said, "I am incredibly proud of our EMS Show Chorus students and staff for their months of hard work putting together the musical production of Aida. This was no small feat! The culminating performances this past week were nothing short of spectacular. I am also grateful to the parent volunteers that helped make this production happen." 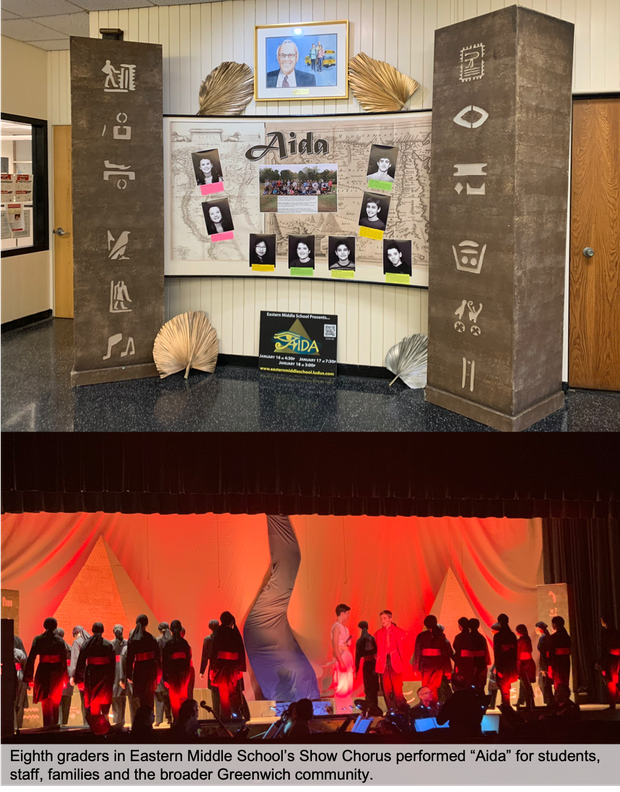 GTV is an Afters news program for fourth and fifth graders, run by the Glenville School Media Staff. Traditionally, GTV was pre-taped and edited before it was shared with the school. Last year, the model was revamped to make it a live broadcast. Students work one day after school to plan and write the following week’s show as well as practice for the live show the next day.

Students report on current events, sports, weather, noteworthy people/events, as well as write-in polls and jokes and riddles. In addition to writing the scripts, students direct the show, and operate the teleprompter and camera. Mrs. Carlin, Mrs. Vaz, and Mr. Stempien support the students and guide them through the pre-show and on-air broadcast. Every Friday morning during the 8-week Afters session the show goes live and replaces the regular morning announcements. 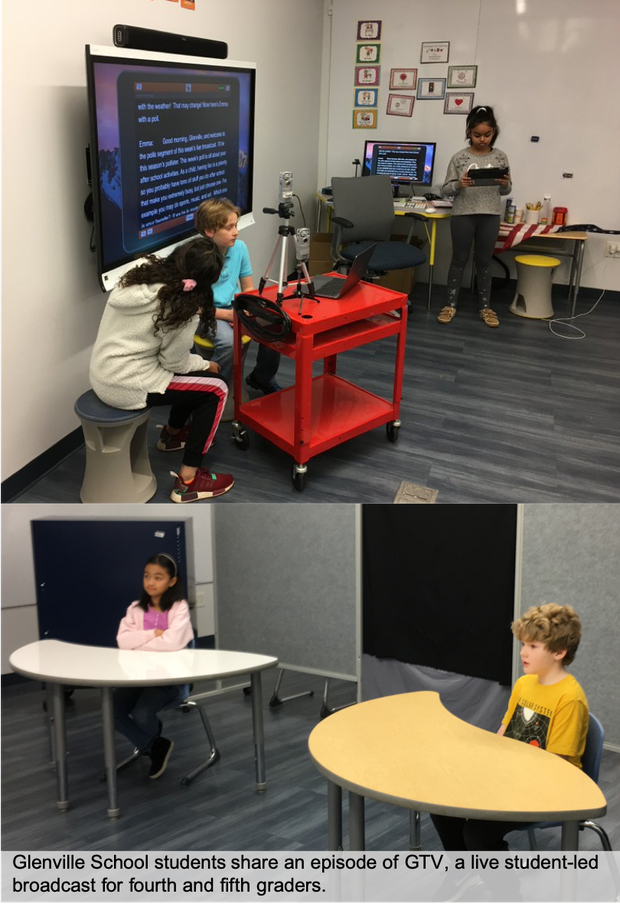 On Friday January 17 and Saturday, January 18 Riverside School put on its 21st annual school musical for its student and parent community. The play was produced by a committee of thirteen parent volunteers, with an ensemble of 70 students in fourth and fifth grade. Josue Jasmin Productions, a local theatre production company, provides a director and musical coordinator for the show, but all the costumes, props, and set elements are orchestrated by the parent volunteer committee.

Riverside School Principal, Mr. Christopher Weiss shared, “These plays provide wonderful opportunities for creative expression and collaboration for our students. They learn valuable lessons in teamwork and come away with a much deserved sense of accomplishment. Seeing the pride they have in their performance and their encouragement of one another from the first rehearsal to the final curtain is just remarkable. ” 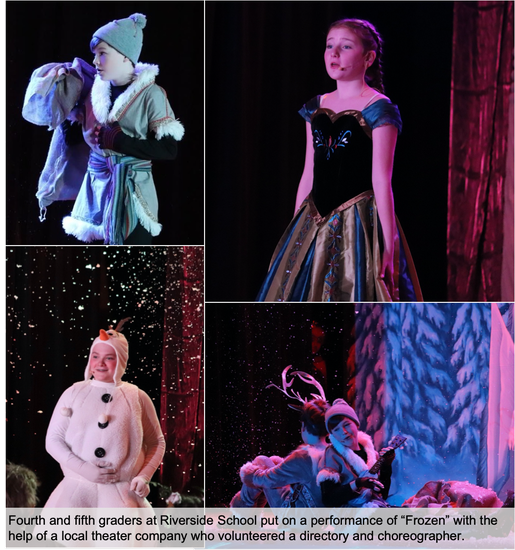 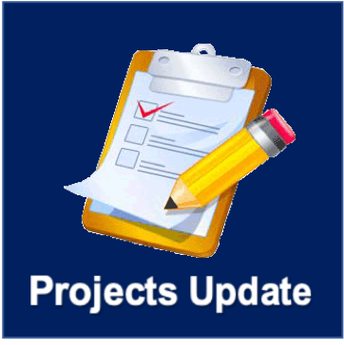 Q: Does the Board of Education support moving from compostable trays to reusables?

A: YES! The Board of Education unanimously approved funding in their 2020-2021 proposed budget.

Q: Does the Board of Education know which solution will be implemented?

A: Not at this time. The GPS Administration continues to explore options and proceed with due diligence work to ensure an appropriate solution for the schools. A central dishwashing concept evolved after the Superintendent had presented the budget which offered an alternate method from dishwashers at each school. The proposal must be fully vetted for staffing, electrical, sewer and other operational components.

Q: How much of the budget is allotted to the initiative?

A: Currently, the Board of Education's budget proposes $260,000. You can find this total number within the Capital Budget.

Board of Education's Budget Presentation to the BET (with Public Comment)

Battle of the Books Championship

Greenwich Education Group's FREE screening of The Upstanders, a documentary about bullying and cyber-bullying

*Film is recommended for parents and children age 13 and up. The documentary will be followed by a community Q&A. Reserved seating required.

Board of Education Retreat

Board of Education, Havemeyer Building