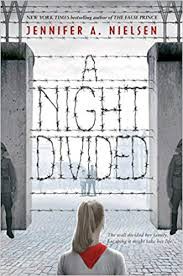 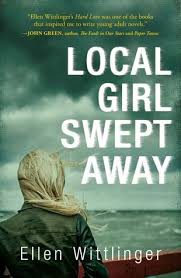 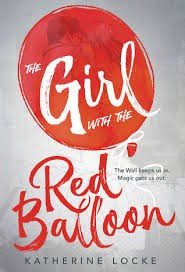 Night Divided by Jennifer A. Nielsen

This story was published a few years ago but I'm currently reading it again with my eleven year old daughter and loving it! Set in East Germany, Gerta, her mother, and older brother, Fritz, are separated from her father and brother, Dominic when overnight the communist government builds the Berlin wall. Her father and brother cannot return to East Berlin. Gerta knows she should not stared at "The Wall" but she cannot help herself. One day on her way to school, she sees her brother Dominic on a western side platform. It's been four long years, but she's sure it's Dominic. Now she stares at "The Wall" every day and when she sees her father on the platform doing a strange dance, she is convinced he wants them to dig their way to freedom. Fritz agrees with her but doing so could have deadly consequences. Jennifer Nielsen just published another historical fiction book, Resistance. This one is set in Poland during the Nazi occupation of WWII. I'm looking forward to reading it.

When seventeen year old Lorna Travato is swept off the breakwater into the cold surging waters of Provincetown, her three best friends are left stunned. Lorna's body is never recovered and the three, Jackie, Finn and Lucas, are struggling to come to terms with the accident. Lucas withdraws completely, Finn, Lorna's boyfriend, doesn't want to believe she's dead, and Jackie is trying to cope as best she can. Narrated through Jackie, the story is part mystery, part coming of age and part romance. Reviews of the book are mixed but having lived on Cape Cod during the winter, I find the story true to the small town dynamics and the plot totally believable.

The Girl With The Red Balloon by Katherine Locke

It seems WWII and post-war Germany is a rich topic for stories these days. I love reading historical fiction and there are plenty to choose from in this area. In this title, Ellie Baum accidentally time-travels via a red balloon to East Berlin 1988. She is immediately in danger but fortunately is found and helped by Kai and Mitzi, two members of an elite resistance that make magical red balloons to help people escape to freedom. In fact, Ellie's grandfather told her his escape from a Nazi concentration camp via a red balloon but she didn't really believe him, did she? Could this organization be the same that saved her grandfather? Ellie is a bit of a mystery to the leaders. They have never had anyone travel back in time, will they be able to return her home? Another great historical read that weaves in history of WWII, post-war Berlin, magic and a bit of romance too. I read this book via Overdrive's Sora app but it's on order for the library. It's got a sequel called The Spy With the Read Balloon.

Just purchased this September, this resource provides food culture and recipes around the world. Great for 7th grade World Geography students but might also be fun to try a recipe from another country this holiday season! Want to spice up your holiday feast, you may login with UN: lexstu PW: lexstu

An artful appetizer of hard-boiled eggs, ham, and canned vegetables (such as asparagus) or fruit (such as peaches) sandwiched between slices of bread. The final presentation can be flat or rolled up like a jelly roll and is often decorated with additional ham, fruit, and/or vegetables.

These rice balls acquired their name from the way they float to the surface of a pot of boiling water when they are ready to eat. This dessert is served on Burmese New Year and on special occasions. 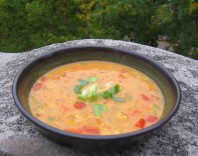 Peanuts are a staple of the Malian diet. In addition to adding a characteristic African flavor to the dish, the peanuts help thicken up stews and sauces. While some recipes call for chicken or lamb, this recipe is most often prepared vegetarian.

If you have a school issued device, you can download onto your iPad from the LPS catalog or use this link on your chromebook

Sora has lots of great books to read. Some will have a wait list but many are available to read or listen to immediately.

Start 2019 off with a Reading Challenge!

Let's encourage our students to read! The library is challenging students to make their New Year's resolution to read more. As an incentive, we've developed a bingo card for students to fill-in. For each box on the card completed, students will have a chance to win some amazing prizes. Fill in a row, column or diagonal, chances for winning increase. Fill the entire card and celebrate with your fellow "bingo-crazed" readers during a WIN block party PLUS your name is submitted in a Barnes and Noble gift card raffle! For more info, download the bingo card below.
pdf

These will be made available to students after school vacation. 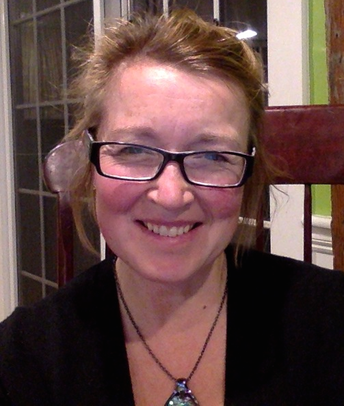