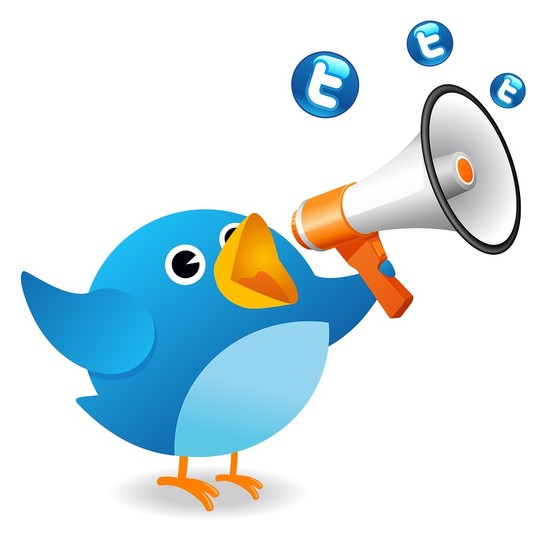 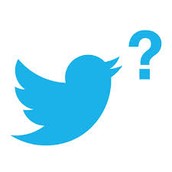 July 2009 - I opened my @conniehamilton Twitter account. For the past 5+ years, I've been trying to figure out what the hullabaloo is all about. I laughed at @jimmyfallon and his reference to hashtag-this and hashtag-that. But didn't really understand.

I tried to follow key people in education to see if I could figure it out, but I really didn't get much out of watching the limited tweets in my feed. About a year ago, I began making an effort to send out Tweets to see what would happen. I had just under 100 followers and wondered if they would respond. @briancalley came for March is Reading Month and after I tweeted his picture, I received my first "retweet".

I played in this space for several months, tweeting to my under 100 followers, experimenting with hash-tags, but all along, I knew I was missing what other's referred to as the "Best PD Out There".

Then, I discovered Twitter Chats. They're essentially on-line PLCs that "meet" on a consistent basis at a designated time/place to discuss a predetermined topic. Groups like #4thchat are groups of fourth grade teachers who hop on Twitter every Monday night at 8pm. Likewise #TMchat (Thinking Maps chat) gathers each Sunday night at 10pm to talk about a variety of classroom issues. Topics such as passion and engagement lead to great conversation and sharing of ideas between "tweeps".

In a few short months, I'm HOOKED! I've made connections with people all over the world on educational topics. I was invited to an EdCamp (that's another incredible PD format... for another day) in Dallas and was able to meet F2F (Face to Face), some of the people from whom I had been learning for months.

I have shared my views, my learning, and the incredible things happening at Saranac Community Schools with my Twitter PLN (Personal Learning Network). There's no end to where Twitter can go and I'm bursting to share this FREE resource with you to help teachers get connected to others outside your school and region. 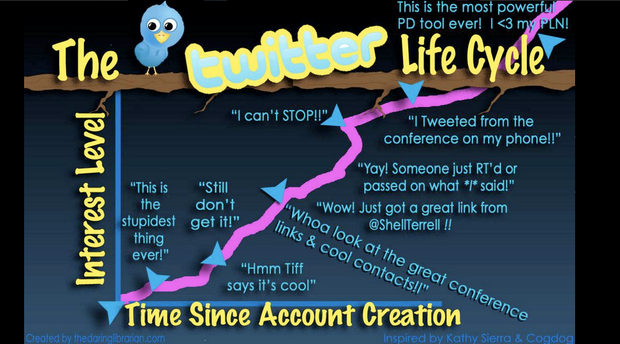 Here are the details...

Although this 10 Twitter Challenge was originally designed for the SCS-staff, it's now open to any educators who want to learn how to use Twitter. 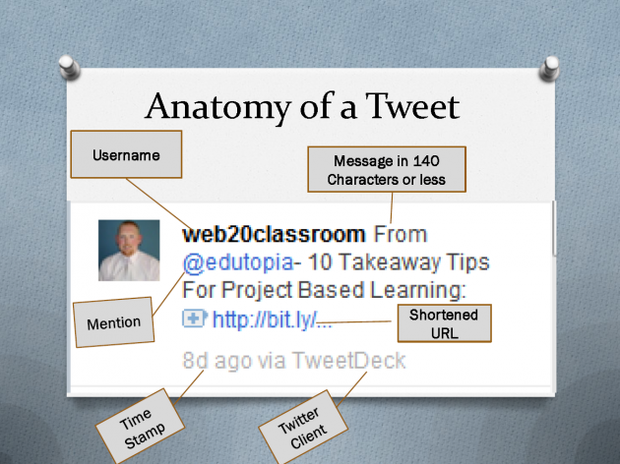 Your photo will be an EGG. Make sure you change the egg to a picture (doesn't have to be your face, but it can't stay a Twitter egg)

Update your profile so that others can see your role in education, passions, and interests.

If you already have an account, help someone else get set up!

twitter.com
Join Twitter today - it only takes a few seconds. Connect with your friends and other fascinating people. Get in-the-moment updates on the things that interest you.

www.twitip.com
By Brad Shorr of Word Sell, Inc. - follow him @bradshorr Trying to explain Twitter to the uninitiated can be a challenge. Twitter is so new, so different,

Reminder: Check the "follow" lists of your colleagues and find some folks to follow. This is a great way to grow your PLN! 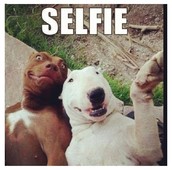 "Usie" A picture with US in it. 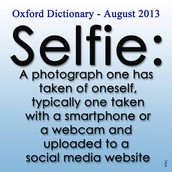 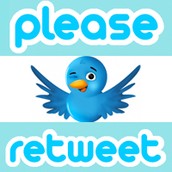 Tweet a snapshot or description of quality work completed in your classroom today! Use the hashtag #SCSPLN.

Retweet other's pictures/tweets and spread the joy of learning beyond our school walls! 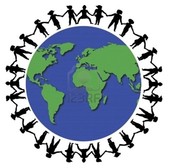 Find some of the quality work that others tweeted in Challenge 3, and retweet a few of them. Reply to at least 2 tweets! Use the hashtag #SCSPLN

Take a look at the Twitter Education Chat Calendar below. Find one (or more) that you think sound interesting and most importantly relevant for you. You will find chats for school counselors, librarians, sped teachers, fine arts teachers, regular ed teachers....the possibilities are endless!

Commit to a chat in the next 6 days! Remember, lurking is okay. Then tweet out which chat you will be going to! Include the chat hashtag, as well as our school hashtag, in your tweet.

"I am going to be joining #5thchat Tuesday at 8pm EST! #SCSPLN"

FYI: The #miched chat at 8pm EST on Wednesday is Michigan teachers, however don't hesitate to join another state's chat. I particularly enjoy South Carolina, Texas, Florida, and Ohio chats.

Reminder: FOLLOW some folks in your chat tonight and grow your PLN!

sites.google.com
This is the official site for managing the COMPLETE list of twitter education chats. It is managed by a group of educator tweeps who care about keeping one up to date list of chats which everyone can use.

Read some of the chats that others are planning to attend this week. After their chat, ask them how it was day after (in a tweet... of course!).

For example, if @stacysanders3 tweets

Then watch for a notification from @stacysanders3 for her reply to your question.

Use this link to get some information on how to participate in a Twitter Chat. www.thesitsgirls.com
We're making your next Twitter Chat easy as pie with our how to guide. Come learn the tools you need chat successfully on Twitter!

Don't go overboard on using hashtags or people will think you're #annoying!

Trending topics are those topics being discussed more than others.

Conferences, events, chats, organizations can all use hashtags

You have some rockstar colleagues! Tweet out something a colleague is doing in teaching that you want to know more about or you think should be shared!

Tag it with the person's Twitter handle and also use the hashtag #SCSPLN (See example below!) 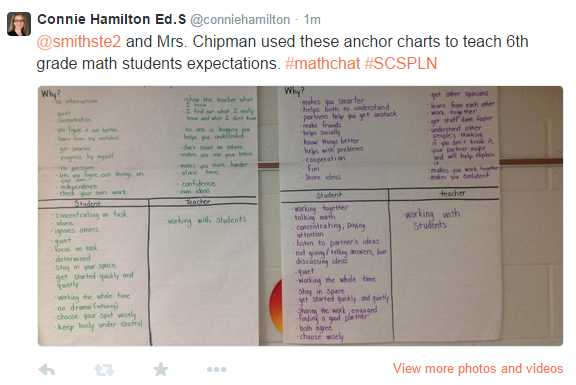 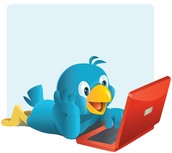 In 140 characters or less, share your favorite lesson to teach and tell us why! If you have a supporting picture (anchor chart, product, or doc), include that as well (just be advised the pic will use up some of the 140).

Read the tweets of other teachers and find someone from whom you could go learn more!

Tweet some thoughts or ideas from the chat you attended from Challenge #5.

It could be something you learned, or a resource that was shared, or any thought about the chat itself! Tag it with the chat's hashtag and also use the hashtag #SCSPLN.

If you are giving credit to someone else, be sure to include his/her Twitter handle in the tweet as well!

Thanks for sharing the article on healthy grading practices @drjolly. I'm implementing from it. #SCSPLN

Your PLN has surely grown due to the chats you've done and the interaction you have had on Twitter the past two weeks!

#FF means "Friday Follow" a chance for you to share a few who you think others should follow! So today, #FF a few people and tell us who we should be following!

Use the hashtag #SCSPLN (See example below!)

Worth Watching... Less than 3 minutes

The video below talks about the importance of being the first to try out a new idea. We hope it inspires you!

Click here for a helpful "How To" blog about chatting!

Complete this Google Form to document your experience with the 10 Twitter Challenge.

Follow Connie Hamilton
Contact Connie Hamilton
Embed code is for website/blog and not email. To embed your newsletter in a Mass Notification System, click HERE to see how or reach out to support@smore.com