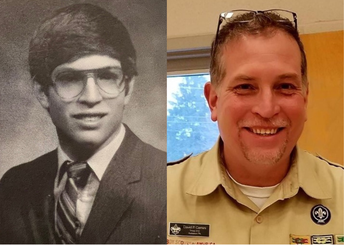 David Cemini, a 1983 graduate of Methacton High School, comes from a family with strong Methacton roots. His mother was in the first graduating class. David’s wife, Carol, is a 1985 alumna and they are proud parents to three children who are also Methacton graduates. He even has a grandson attending elementary school in Methacton. 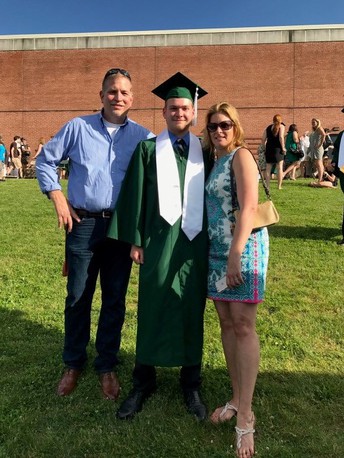 While David and his family are forever Methacton Warriors, he has also been a significant force in our community that goes beyond the school. David is recognized as one of the area’s foremost youth program leaders through his work with the Boy Scouts of America. David has been laser focused on character development and values-based leadership training for youth for more than 12 years. He recalls getting involved when his son became a scout and later took on a leadership role within the organization.

“When they needed a leader, I stepped in. I served as an assistant Scoutmaster from 2010-11, and I’m currently serving as Scoutmaster of Scout Troop 313 of Audubon.” 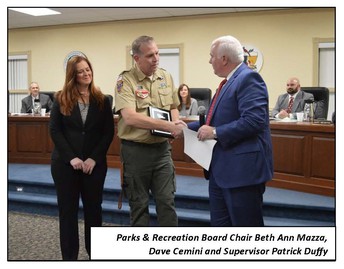 David finds his work as a mentor and positive role model fulfilling.

“I enjoy helping the scouts achieve their goals.”

He is credited with helping 44 scouts reach the highest rank in scouting, Eagle Scout! In 2019, David was named Volunteer of the Year by Lower Providence Township. The award recognizes the inspiring efforts of an individual who continually gives of their time to support the Lower Providence community.

Thinking back on his time as a student, David shares that one of his fondest Methacton memories was his time in Band. He played saxophone and served as band manager in his senior year.

“Band kept me in school. It was something I enjoyed and it gave me a social life. There were 130 students in band at the time and it was a year-round program, so we spent a lot of time together.”

David also received the John Philip Sousa award -- the highest honor in a high school band – which recognizes students with superior musicianship and outstanding dedication. He cited Jeffrey Twiford, teacher and Band Director, and Principal Aldo Benoni as his greatest influences because of the respect they showed to students.

“They both treated you as an adult and not as a kid. When Mr. Benoni would see me in the hallway, he would always address me by name and shake my hand. He would talk to you like a regular person.”

Upon graduation, David recalled his participation in a time-honored tradition. “I was selected to sign the honor book. I’m not sure why I was picked to do this, but it’s a lasting memory from my time at Methacton.”

Today, David’s career in construction has led him to become a senior Project Manager for Gen3 Construction. He injects this simple, but direct advice into all that he does – “Work hard and play hard. You are only going to get out of life what you put into it. Do what you have to do to finish your day so tomorrow is not as difficult.” 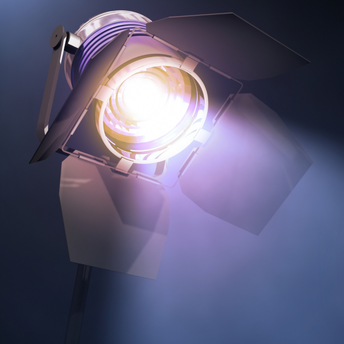 Facebook @methacton
If you are -- or know -- a Methacton alumni who should be featured in the ALUMNI SPOTLIGHT, complete the interest form here.
1001 Kriebel Mill Road, Collegeville, PA, USA information@methacton.org 610-489-5000 methacton.org/alumnispotlight

Contact Methacton Schools
Embed code is for website/blog and not email. To embed your newsletter in a Mass Notification System, click HERE to see how or reach out to support@smore.com
close
Powered by Smore
Powered by Smore