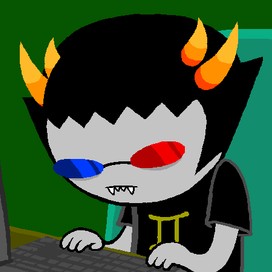 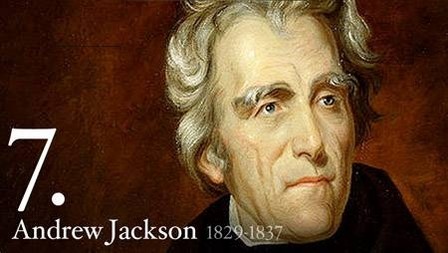 ...and that's not all he is. Andrew Jackson has unfairly and violently forced Native Americans into reservations, overused his vetoing power, disregarded the Constitution, regularly practiced the spoils system, taken too much power, and ignored the right of the Judicial branch to review and declare laws unconstitutional. Sure, he got rid of the National Bank and there are far worse choices than Jackson, but the cons outweigh the pros with this one, and he definitely should have been impeached and removed. 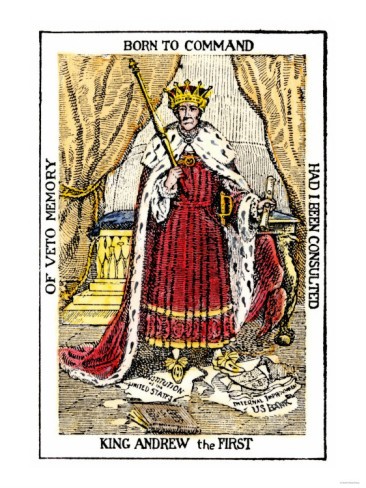 Raised in a working-class household, Andrew Jackson worked his way to the top, unlike buy his way up like other, richer people do. Jackson became a war hero in the War of 1812 when he defeated the British at New Orleans. Andrew Jackson ran for President, but lost to John Quincy Adams in 1824 in a close election. He didn't give up, though, and ran again in 1828, winning this time with the common people wanting a President more like them. Years later, Jackson retired to his mansion with about 150 slaves.
Andrew Jackson: Good, Evil, and the Presidency 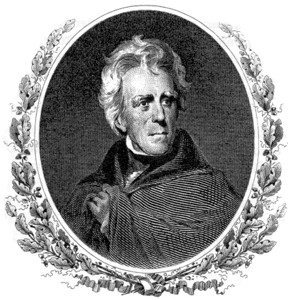 Trail of Tears and Constitution

One of the most notorious events Jackson caused was the Trail of Tears, or the forced relocation of thousands of Native Americans. It was supposed to be a comfortable removal with good reasoning, but it caused the suffering and murder of thousands of Native Americans. The Trail of Tears also broke a treaty already made beforehand. The reasoning was only for money, power, increased population, and more land. Which is more important: money or human lives? Andrew Jackson was told to stop, but he continued on with the removal.

Andrew Jackson was also compared to a king, abusing his power, giving his friends and followers government positions, vetoing too much, and didn't consult Congress when needed. He used the power of the veto and not consulting Congress to assume control of the government, which is why he was known as "King Andrew" by the cartoonists and those who didn't like him. Andrew Jackson used the veto twelve times, an obvious abuse of the power, and more than the presidents before him.

www.history.com
The strong leadership of Andrew Jackson, a military and controversial figure who served as the seventh U.S. president from 1829 to 1837, helped shape the modern Democratic Party.