MR is using Smore newsletters to spread the word online.

Get email updates from MR:

At the beginning of the 1960's, space food was bite-sized or placed in aluminum tubes. The food was prepared this way so that they wouldn't be too heavy or take up too much space. From the 1970's, during the Apollo period, the number of space food items began to increase. Currently, there are about 150 different types of food. The meals are very similar to the meals we eat on Earth.

Space foods are in plastic containers. Some space foods can resume their consistency by adding cold or hot water, while others can be heated up in the oven. Foods such as fruits, bread and nuts can be eaten just as they are. When drinking liquids, a straw is used to suck the liquid out of a sealed package. This is done so that it will not spill or possibly cause any damage to machines.

As far as certain death in a science fiction plot line goes, being ejected into the vacuum of space is more than a pretty sure thing. A shove out of the air lock by a mutinous lieutenant or a vicious rip in a space suit, and your average movie victim is guaranteed to die quickly and quietly, though with fewer exploding body parts than screenwriters might have you believe.

In reality, however, animal experiments and human accidents have shown that people can likely survive exposure to vacuum conditions for at least a couple of minutes. Not that you would remain conscious long enough to rescue yourself, but if your predicament was accidental, there could be time for fellow crew members to rescue and repressurize you with few ill effects 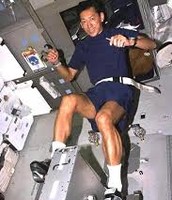 VIEW IN SPACE AND ACTIVITIES

FOOD TO EAT IN SPACE

GUARANTIED TO HAVE FUN BUT RISK

MR is using Smore newsletters to spread the word online.