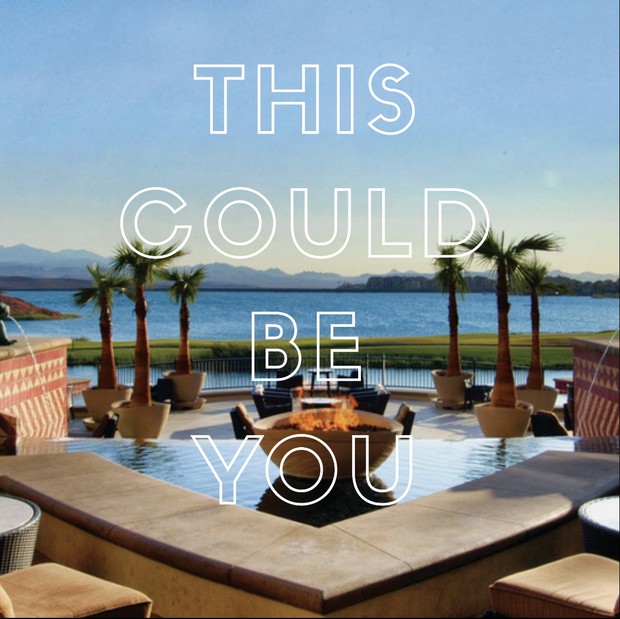 What are you waiting for?! Don't forget to REGISTER for the 2019 NDCA Conference! Early Bird Rates are still available! Click the link below and register NOW!

Nominations for Hall of Fame and "of the Year" Awards - DEADLINE

One of the purposes of the NDCA is to recognize, honor, and award people in our profession who have excelled in their respective dance team leadership position. We are currently accepting nominations for:

High School Coach of the Year

College Coach of the Year

All Star Coach of the Year

For more information or to nominate someone, please visit our website at

NOMINATIONS ARE DUE DECEMBER 31!

I’ve watched the influence of the words of leaders, teachers and parents for years now. Far too often, when we speak we’re only thinking about how we feel at the moment or what we’re thinking in that moment—not how those words will affect our kids. It isn’t until later that we recognize what those words have done to the mindset of our listeners. My friend, Andy Stanley, says, “a leader’s words weigh a thousand pounds.”

A few months ago, I said something sharply to a colleague. My words were direct and cutting. I was dissatisfied with how things had turned out in a particular situation, and I leveled my judgment quickly and impulsively. A week later, my colleague and I discussed what I’d said, and I discovered how negatively it had affected him. I vowed to be more careful with my words, especially when I’m exhausted.

Today, I’d like to propose a paradoxical question about our words.

Can Positive Words Have a Negative Effect?

While we all know our negative words can have a damaging effect on students, how about positive ones? Could there be any adverse and unintended outcomes when we speak seemingly affirming words to kids? If so, how in the world do we undo those negative consequences?

For about thirty years, I have heard parents and educators use affirmation liberally with students, hoping it would heighten their confidence and even their self-esteem. We said things like:

All of these phrases, while they appear completely positive, have had an adversarial effect on kids. When spoken consistently, students can draw the wrong conclusions and can begin sabotaging their own growth.

What Has Happened to Today’s Students?

Let me offer the findings of focus groups where students who’ve been told such things were asked about their conclusions and resulting conduct:

So, how do we navigate these scenarios, once we’ve created them? Let me suggest some alternative ideas that enable caring adults to create positive outcomes:

1. Instead of “you’re special,” what if we said: “You’ve got unique gifts that could be very useful when you see the big picture. You can play an important role on a team.

2. Instead of saying, “You’re smart.” What if we said: “I love how hard you worked on that problem. That strategy and work ethic will be useful on a job one day.”

3. Instead of “You’re beautiful.” Why not say: “Do you know what’s most attractive about you? It’s your empathy for others; the way you care for them. It’s beautiful.”

4. Instead of always saying, “Awesome job.” Why not limit the word “awesome” for times they’re actually awesome. Then, when it’s time to offer hard feedback, say:

“I’m giving you these comments because I have high expectations of you and I know you can reach them.”

When we change our words to affirm variables that are in our student’s control, we move them from a “fixed mindset” to a “growth mindset,” according to psychologist Carol Dweck. This requires us to praise effort instead of smarts; qualities instead of outward beauty; value and uniqueness instead of superiority; and expressing belief in them instead of using hyperbole in our praise.

I just bumped into a former college student I had mentored years ago. He’s now fifty- one years old. He thanked me for my influence on him, but what I loved most was his comment about a specific memory. He said, “You always encouraged me in the areas I could change. That made me want to get better.”

That made my day. And—it made me want to get better.

How to get a Higher Leg Hold and Improve Leg Flexibility

I Am Your Coach. Not Your Mother.

By Mikaila Etheredge, Published on her blog, "For the Love of the Game."

Okay, so this is a bit far removed but something that I still frequently think about. Last year I had an upset parent tell me that I would be a better coach if I were to think of my players as daughters and treat them as such. I had an opinion on that at the time and have found over the course of the year that my original opinion still stands. I think that parent was 100% wrong. My players have parents. What they need is a coach. So this one is for my players, the girls I’ve coached and the ones I will coach someday. I hope you (and your parents) understand.

I will not baby you
I will not coddle you. I will not tell you in a sweet voice that “It’s okay.” That’s what Momma is for. I will never belittle or degrade you but I will toughen you mentally, emotionally, and physically. It will sting. It will hurt. But you will be a better athlete and person for it.

I will hold you to a higher standard
I will expect things from you that no one else will. I will expect you to be an outstanding student, citizen, and team player. You will not get detention, ISS, or any other type of school punishments. You will respect your teachers, umpires, fellow students, and teammates. You will leave the dugout even cleaner than you found it. I will not get noise complaints from the hotel manager. You will abide by the rules. The bare minimum will never be enough. I will expect you to go above and beyond in all aspects of your life because that is the mark of a great individual and if you are on my team I saw something great in you.

I will push your boundaries
I will test your limits. You will do things that you never thought possible. You will run faster, throw harder, and hit further. You will sacrifice yourself for the good of the team. You will grow with me. You may suffer from growing pains, but in the end you will cast a bigger shadow.

I will not give you special treatment
You will earn everything you get, and no matter how many times your name appears in the paper, you will abide by the same team rules as every other player. If punishing ‘the star’ costs us a game, so be it. That is the short term. The long term is what’s important. And there will be a much larger price to pay down the road if I can’t get my ‘star’ to conform to the same standards as everyone else. No one is above anyone.

I will teach you
That’s what this is all about. The softball itself is just a metaphor for life. There will be highs and lows. You will strike out and hit home runs. You will be thrown curve balls and change-ups. You will take a bad bounce. I am preparing you for life. Life is not always easy or fun. I want you to be ready. I want you to be the best you can be on and off the field. Life will not baby you or give you special treatment and neither will I. I would do you a great injustice if I only taught you the skills of softball.

I will do whatever it takes to help you succeed on and off the field because I love you. I will not call you my daughter nor will I treat you as such. If I did, I would not be doing my job correctly. But I will make sure you are taken care of. I will make sure you are fed, watered, clothed, and are constantly being pushed to improve yourself. You may not love me back. That’s okay. But know that everything I do on the field and much of what I do off...is for you. I am not your mother. You don't need another mother. What you need is a coach. 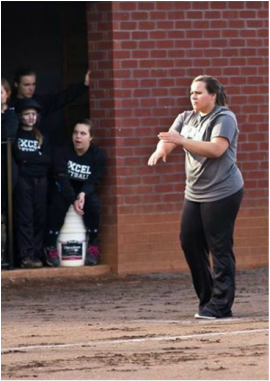 I Am Your Coach. Not Your Mother. 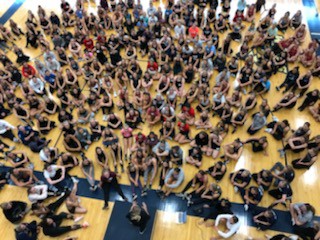 The Minnesota Association of Dance Teams hosted their annual student convention on Saturday October 13, at Chanhassen High School. The event consisted of over 360 dancers, from 58 different member schools. This was the most highly attended student convention to date hosted by MADT.

Many active classes were taught throughout the day including jazz technique, kick technique hip-hop, balance core & turns, contemporary, progressions and skills, intro to collegiate pom, and strength and warrior sculpt. Also held at the convention were some informational classes including college auditions, from a judge’s perspective, the mental game, taking care of your body outside of practice, fueling your body, importance of performance, planning your dances, leadership, character and teamwork and cleaning your dances.

At the conclusion of the day, Carsen Rowe from Tribe 99 Choreography taught a master class to all of the participants. Tribe 99 is an award winning choreography that works with high school, collegiate, and studio teams all around the country. We are so honored to have had Carsen in attendance at our event and our dancers to participate in a master class that she led.

Check out Disconnected by Thomas Kersting. This is an easy read for coaches to help us understand the impact technology has on young people’s brain and behavior. Kersting has some strategies to help but mostly a good “ohhhhhh...so that’s why!” book.

Looking for other sport coaching related books? Check out this link: 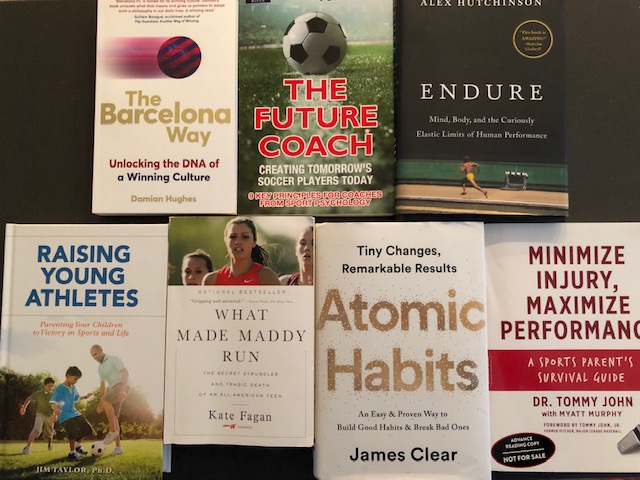 The Best Sports Books of 2018 - Changing the Game Project

changingthegameproject.com
Every year we scour the globe for the best books. Here is our list for 2018 of the top books for parents, coaches and athletes. Enjoy. 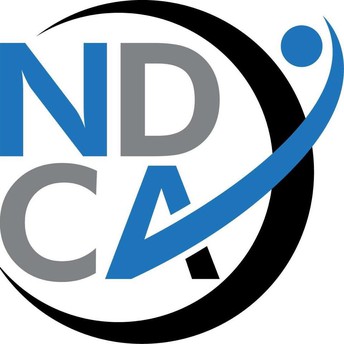