There was a girl named Audrie Pott. She lived in California and she was 15 years old. She attended Saratoga High School. This case happened in September 2012. She had to deal with rough decisions and the consequences.

This was too hard to handle for Audrie. She decided not to tell her parents what was going on. What was worse was that she knew these boys and they were all best friends. She decided to hang herself without going to anybody for help. She was found eight days after she did that. Her parents were devastated and they had no clue what had happened to their daughter.

Other Ways To Deal With It

Alright, now you have heard this story so now its time to talk about how she could have solved this problem. She could've went to her parents and they could've told the police. The police would have arrested the 16 year old boys. She could have thought more clearly about drinking ; therefor, she would not have passed out. What are some other ways you can think of ?

We interviewed Officer Lawrence on his opinion on cyber bullying. " People that are cyber bullied are hurting and are scared to tell others what is happening because its hard to talk about." says Officer Lawrence. Its against the law to cyber bully and believe it or not officers can find a cyber bully just by looking at a simple computer. Officer Lawrence said, "Its how its taken not how its meant." Which means the bully could type and send something and not mean it in a rude way but it be taken that way by the reader and it leads to the bully actually meaning other things in a negative way. Officer Lawrence believes that bystanders should report cyber bullying to an authority and help their friend. "The bystanders should talk to the bully and tell he/she how much it is hurting the victim." said Officer Lawrence. Talking to a bully about bullying is really hard but if you want to make a change in the world you have to make a change in the bully. When you talk to the bully ask them how they would like it if they were being bullied, if they say they wouldn't like it tell them how the victim feels. You can make a difference in people's lives. 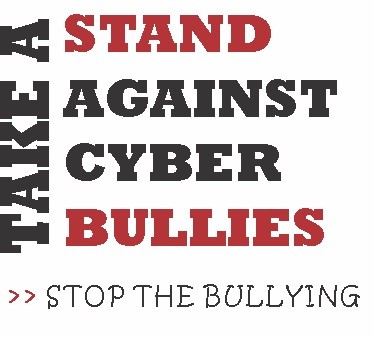