Alysss is using Smore newsletters to spread the word online.

Get email updates from Alysss:

Not in Her Husband's Shadow

Coretta Scott was raised in a impoverished community where she had to walk 5 miles to get to her segregated black school. She graduated valedictorian of Lincoln High School and went on to Antioch University where she graduated with a B.S. in music and education. She received a scholarship to study concert singing at the New England Conservatory of Music. There in Boston she met Martin Luther King Jr. Scott, after marrying Martin Luther King Jr., became an advocate for civil rights alongside her husband and took up leadership after his assassination. She also pushed for equal women's and LGBT rights. She went on to write four award-winning books. Scott has become known as a leader of equality alongside her husband and has become a symbol of women's rights, education, and music with her many awards and accomplishments. Coretta Scott King is known by many as the First Lady of Civil Rights. She used worship and song to honor those lost in the Birmingham Church Bombing where four little African American girls were killed. She became close friends with Lyndon B. Johnson, John F. Kennedy, and Robert F. Kennedy as they all shared equality goals with her. King died of ovarian cancer and her funeral was attended by three former presidents and 10,000 mourners. Her push for equality for all, her speeches that empowered everyone to have a voice, her love for anyone no matter what race, sex, or sexual orientation inspired a wave of freedom from oppression for more than just African Americans. 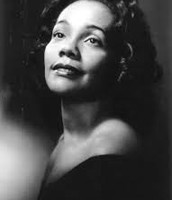 King giving a speech after the assassination of MLK.

Coretta and Martin on their wedding day.

Proposal of Induction to the APUSH Hall of Fame

Coretta Scott King was dedicated to providing freedom, equality, and a future to women, African Americans, and those in the LGBT community. She stood by Martin Luther King Jr.'s side and took up the position of leader of the movement after her husband's assassination. She provided hope for all those who were oppressed by discrimination by their race, sexual orientation, or gender. She marched, spoke, and sang for peace on earth and was recognized previously many times for her accomplishments as an equal African American woman. She stands as a symbol for peace and equality throughout the world and is continuing to impact the lives of the young as they discover what they want to stand for themselves. Coretta Scott King is the perfect candidate for the APUSH Hall of Fame for her bravery to stand up against fear, discrimination, and hatred and thanks to her, America has become a little better.

"Women, if the soul of the nation is to be saved, I believe that you must become its soul" -Coretta Scott King

"Mama and Daddy King represent the best in manhood and womanhood, the best in a marriage, the kind of people we are trying to become" -Coretta Scott King

"There is a spirit and a need and a man at the beginning of every great human advance. Every one of these must be right for that particular moment in history or nothing happens" -Coretta Scott King

Coretta Scott King Sings - There Is A Balm In Gilead

Alysss is using Smore newsletters to spread the word online.