Level 1 & Level 2 - WITH THE CREATOR OF THIS LANGUAGE

Soundpainting is the universal multidisciplinary live composing sign language for musicians, actors, dancers, and visual Artists. Presently (2014) the language comprises more than 1200 gestures that are signed by the Soundpainter (composer) to indicate the type of material desired of the performers. The creation of the composition is realized, by the Soundpainter, through the parameters of each set of signed gestures. The Soundpainting language was created by Walter Thompson in Woodstock, New York in 1974.

During the seminar will be taught Soundpainting gestures (for the Level 1 or 2) through which the music teacher or choir director / orchestra / band may organize and structure the collective improvisation in the classroom.

With Soundpainting you can:
1. Improve individual improvisation in the classroom
2. Relate different disciplines
3. Adapt the current schools curriculum adding Soundpainting .

AIMED AT: Musicians, choir directors, orchestra and / or band. Music Teachers, School teachers of music and / or conservatories. Composers, singers, actors and dancers. 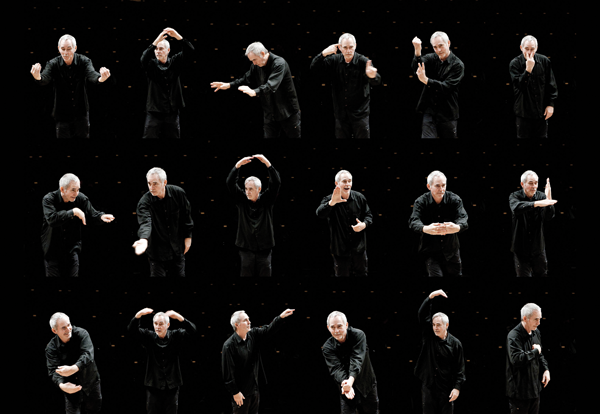 TEACHER: Walter Thompson—Soundpainter, Woodwinds, Educator—has been Soundpainting for the past 35 years. He conceived the Soundpainting language in Woodstock, New York, in the early 1970s. To date, Thompson has developed Soundpainting into a multidisciplinary live composing sign language comprising more than 1200 gestures. Thompson has composed Soundpaintings with many contemporary orchestras in many cities, including Barcelona, Paris, New York, Chicago, Los Angeles, Boston, Oslo, Berlin, Bergen, Lucerne, Copenhagen, and Reykjavik, among others, and has taught Soundpainting at the Paris Conservatoire; Eastman School of Music; Iceland Academy of the Arts; University of Michigan; Grieg Academy in Bergen, Norway; University of Iowa; Oberlin College-Conservatory of Music; and New York University, among many others. Thompson is founder of and Soundpainter for The Walter Thompson Orchestra and The SP4tet, both based in New York City. www.soundpainting.com