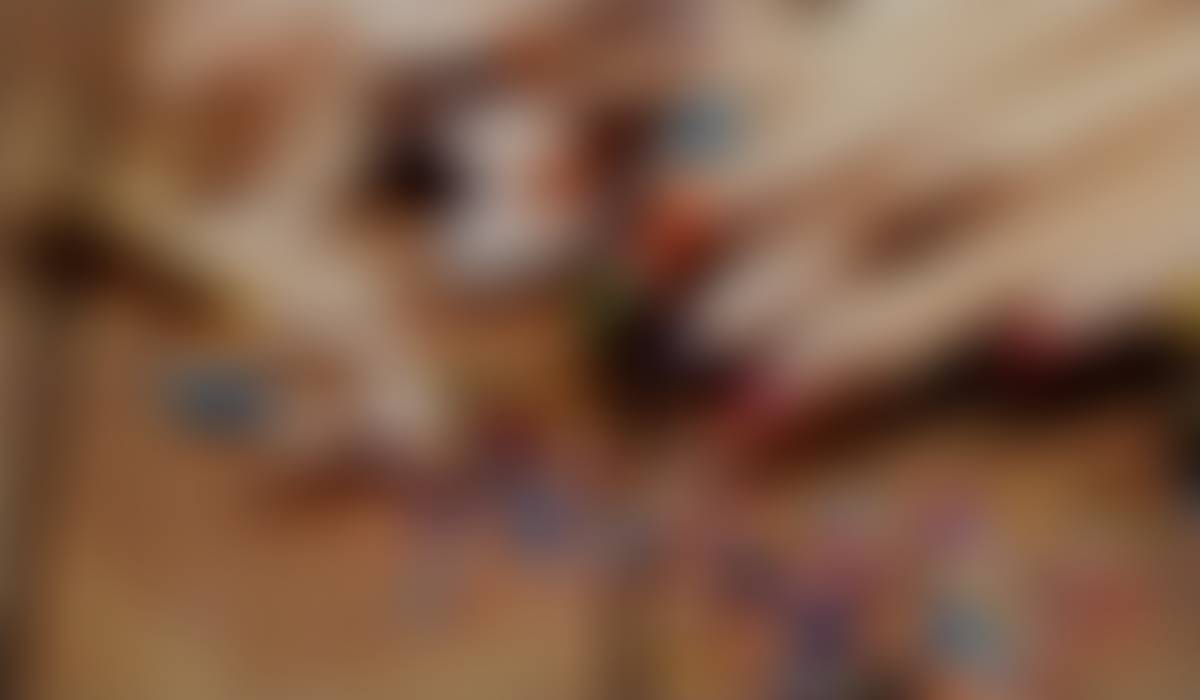 From the Desk of Larry D. Maynard, Superintendent 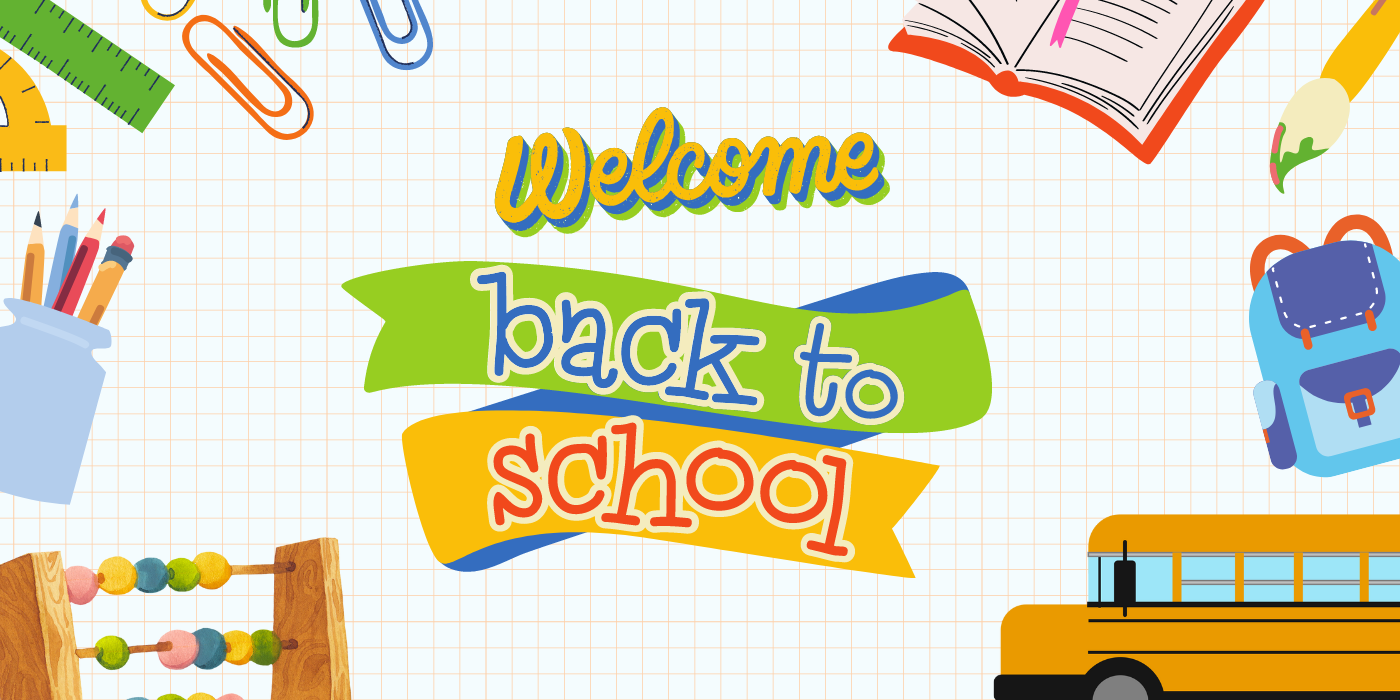 This great team of educators are excited and ready to serve our students, staff, and community! For the O!

To provide each and every child with safe and healthy learning conditions, great educators, and equitable opportunities by practicing data-informed stewardship of resources and policy development, all done in partnership with educators, families, and stakeholders. (ISBE)

For more information go to our district homepage : www.oakwood76.org 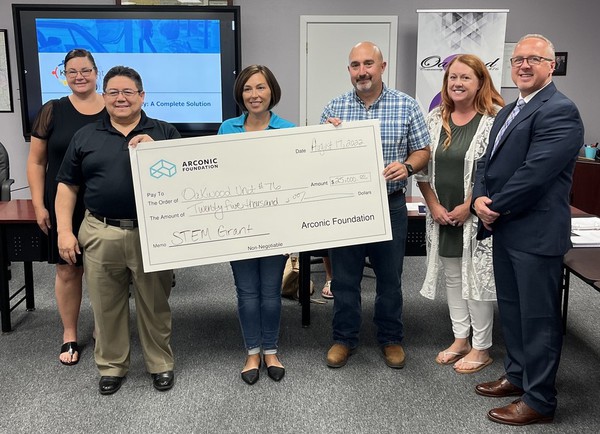 We are grateful to the Arconic Foundation of Danville, IL for their grant for our Science-Technology-Engineering-Math (STEM) grant in the amount of $25,000. The Arconic grant was presented at the August board of education meeting by Kristi Nevitt and Jesus Lira.

As Superintendent, it is my passion to effectively and efficiently utilize our available resources to maximize student achievement. I also want to provide employees with resources for development resulting in continuous school district improvement. It is an honor and a privilege to serve our students, staff, and community with a focus on the whole child as we are determined to do what's in the best interest of our students. Below are the five correlations for continuous school improvement.

education for our students and their learning!

Our desire is to come along side and support you in the educational process of your child. Studies reveal that parental involvement significantly improves a student's school performance. Below are some helpful tips to guide us together.

The Oakwood Community Unit School District #76 has exercised our right to opt out of the National Sex Education Curriculum that has been presented to us from the Illinois State Board of Education. We will continue with our current curriculum and instruction of teaching about safety, boundaries, and healthy relationships to our elementary students. The Junior High and High School students will learn about dating violence prevention and sexual harassment. For a more detailed scope and sequence of the content of the curriculum, please contact your building principal.

We received a $38,000 grant for student and staff SEL resources for our school climate and culture that includes books, services, and improved teacher resources. 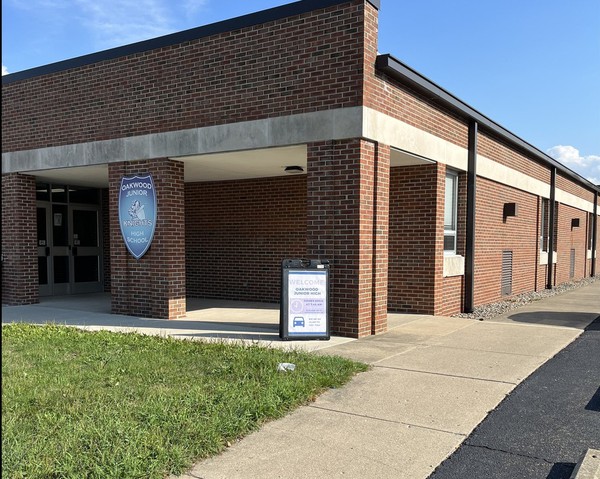 Thank you to the following people for making this move possible for our students and staff; 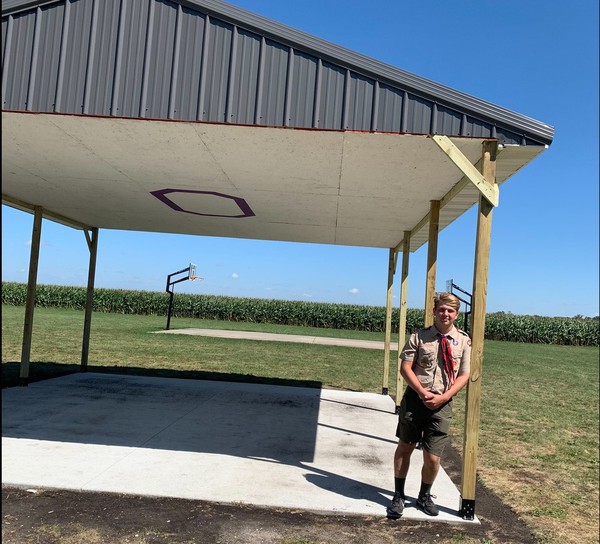 Ethan Brewer, 2022 graduate of OHS, built this pavilion as his Eagle Scout project over the weekend of August 27 & 28th. He fundraised every dollar spent, made the plans, organized the volunteers to come, as well as helped build.

He made the decision when he was in 5th grade that this is what he wanted to do for his Eagle Scout project. He stated that they would come out to the playground and students would have to sit in the grass to do their work that did not get finished, and teachers would have to carry their chairs out to watch the students, as well as no shade.

Flash forward to spring of 2019, he reached Life Scout. Which means he can start working on project ideas. He attended a school board meeting, presented his idea and it was passed with overwhelming success. He then had the difficult task of fundraising. Then 2020 Covid hit, and the school asked him to put the project on hold. During that time, as everyone knows the prices of everything skyrocketed. He then had difficulties getting a contractor to get the concrete poured due to illness. But through it all, he never wavered. Many people told him to change his plan and do something different, something cheaper, something easier. But he was determined to see his vision through. Although he wasn’t able to afford the picnic tables to go under it & it took longer to accomplish, he is proud of the work he has put into this.

This project was completed over the course of around 16 hours (2: 8 hour work days) with the help of about 23 family and friends volunteering their time. Some were able to be here the entire work time and others could only give a few hours. But all help was needed and greatly appreciated. As much as he planned ahead, we still had to make 4 trips to Menard’s to get additional supplies as the project changed a bit during the build. He has a few finishing touches to add, as the lightening started rolling in and we had to stop work. But he is happy to say it is about 98% complete.

Eagle Scout projects must be completed by their 18th birthday to qualify. He turns 18 on October 4th. 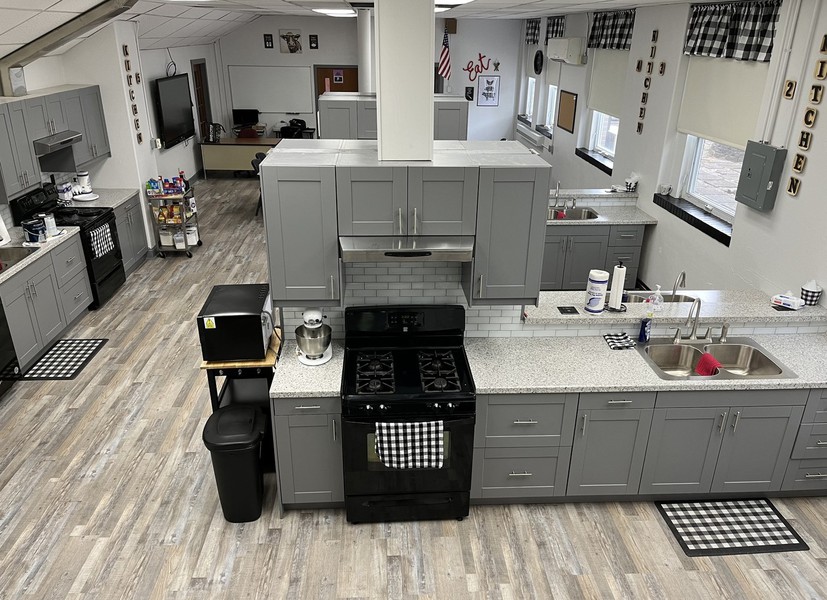 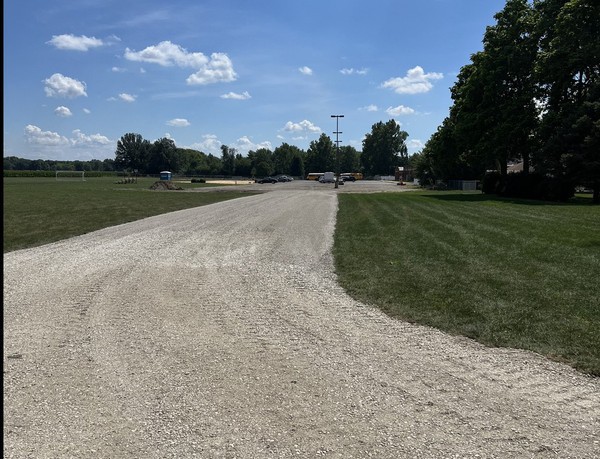 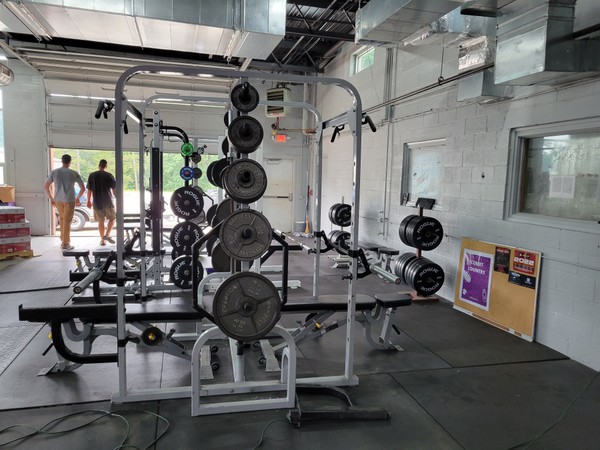 Special thank you to our financial partners (OCEF, Athletic Boosters, Men's Club) and volunteers who made this possible. 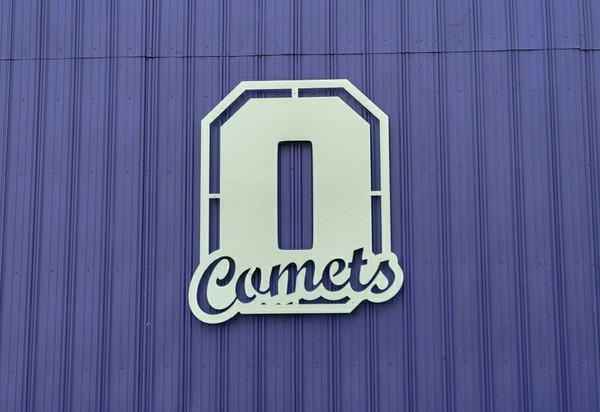 Special thank you to our financial partners (OCEF, Athletic Boosters, Men's Club, ) and volunteers who made this possible. 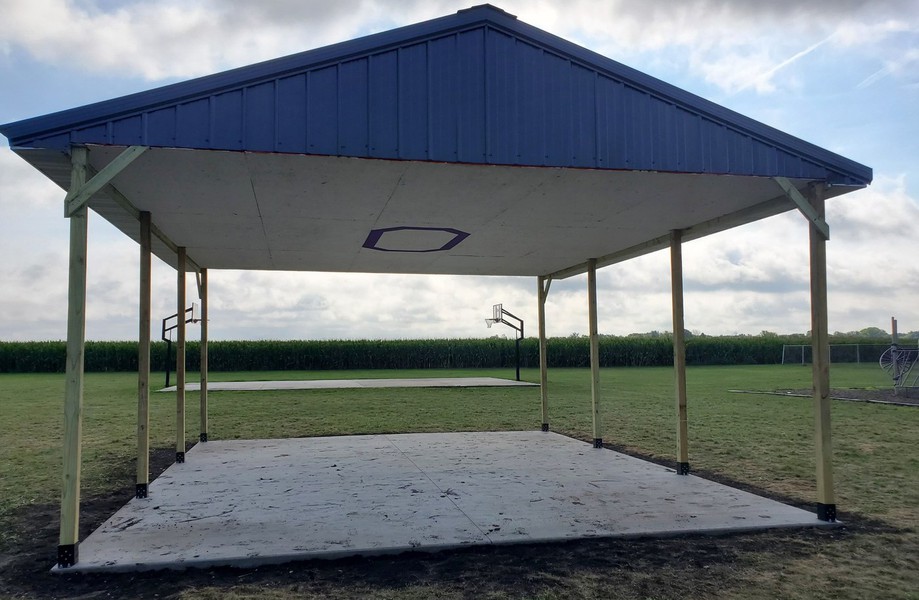 Special thank you to Ethan Brewer, OHS Senior Eagle Scout and his team of volunteers who built the pavilion for our concrete pad! 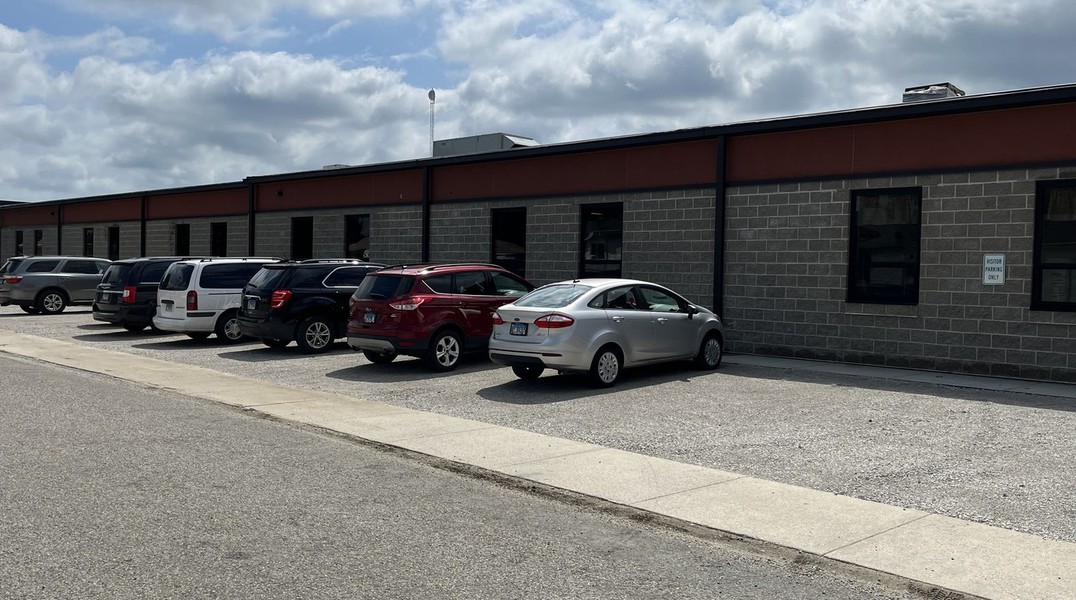 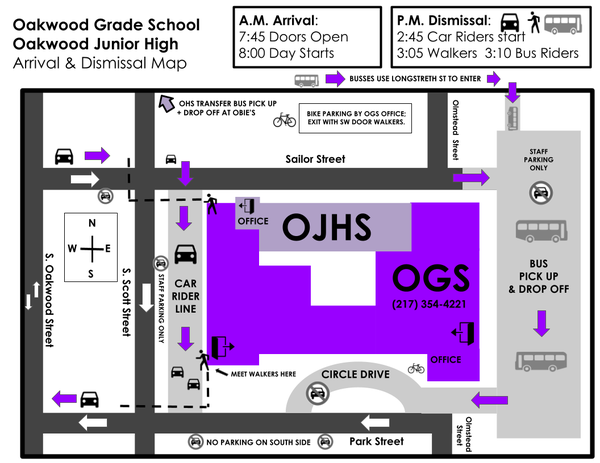 We are continuously exploring and working on the following multi-pronged approach that is focusing on school district & OHS extracurricular facilities. The three areas of focus are:

To provide effective classroom instruction so all students achieve at high levels.

"The Oakwood Community Unit School District 76 will provide a safe and nurturing environment to engage, educate, and empower students of all abilities to achieve excellence, foster continued learning, and reach their potential as productive citizens." 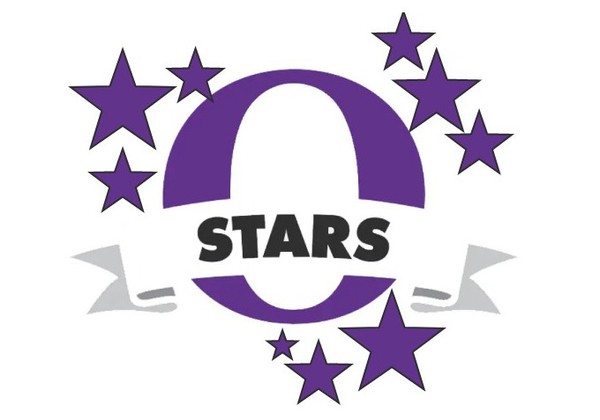 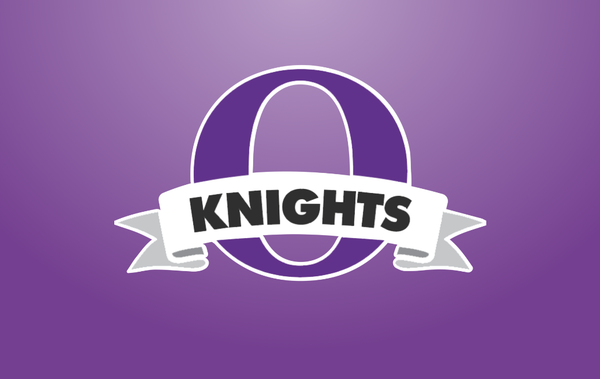 Every Student, Every Day, All Day, All In!