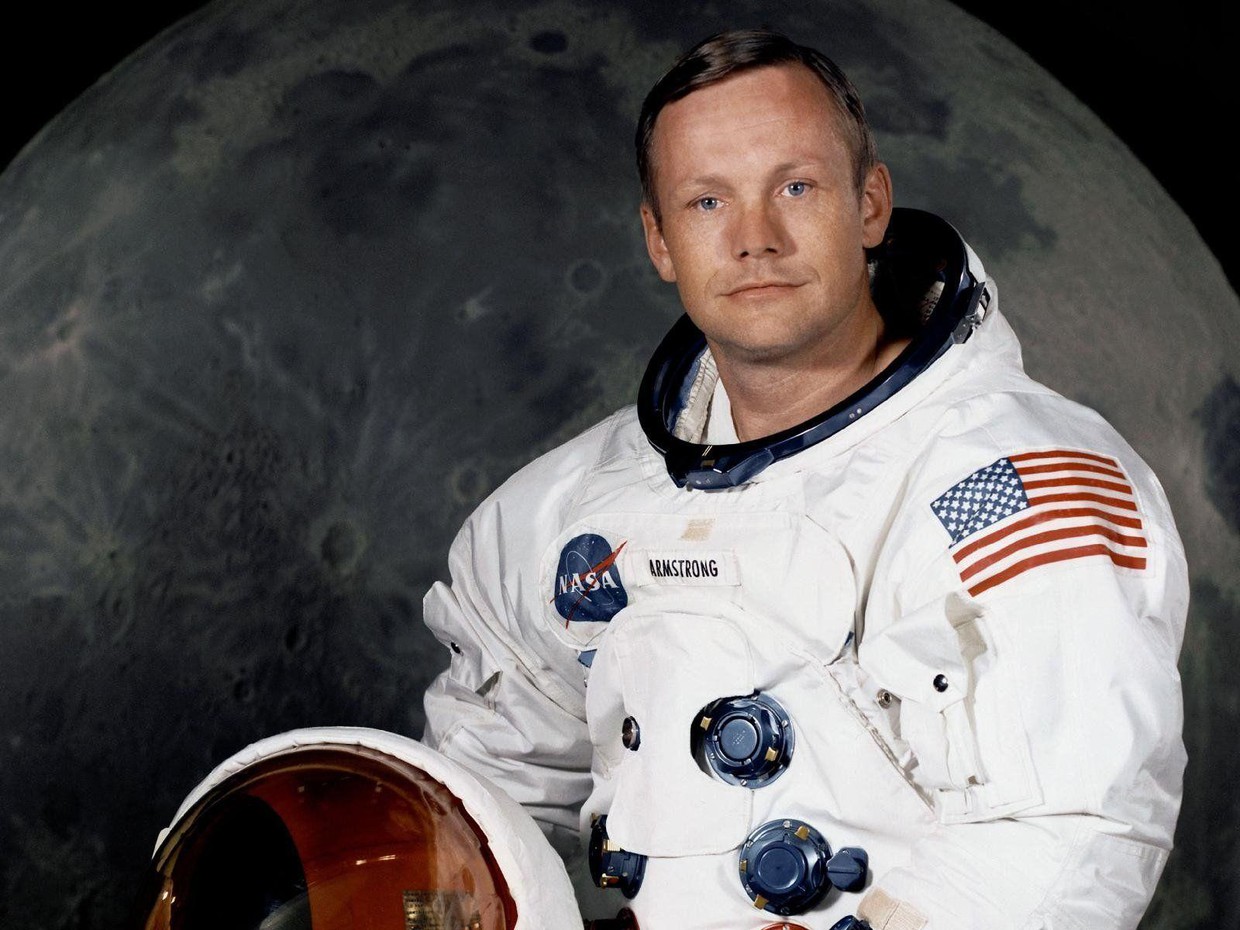 Neil A. Armstrong, the first man to walk on the moon, was born in Wapakoneta, Ohio, on August 5, 1930. He began his NASA career in Ohio. After serving as a naval aviator from 1949 to 1952, Armstrong joined the National Advisory Committee for Aeronautics (NACA) in 1955. His first assignment was with the NACA Lewis Research Center (now NASA Glenn) in Cleveland. Over the next 17 years, he was an engineer, test pilot, astronaut and administrator for NACA and its successor agency, the National Aeronautics and Space Administration (NASA). As a research pilot at NASA’s Flight Research Center, Edwards, Calif., he was a project pilot on many pioneering high speed aircraft, including the well known, 4000-mph X-15. He has flown over 200 different models of aircraft, including jets, rockets, helicopters and gliders. Armstrong transferred to astronaut status in 1962. As spacecraft commander for Apollo 11, the first manned lunar landing mission, Armstrong gained the distinction of being the first man to land a craft on the moon and first to step on its surface. Armstrong also flew on NASA’s Gemini 8 mission in 1966. After his time as an astronaut, Armstrong was deputy associate administrator for aeronautics at NASA headquarters. He resigned from NASA in 1971. From 1971 to 1979, he was a professor of aerospace engineering at the University of Cincinnati. Armstrong died Aug. 25, 2012, at age 82. Neil Armstrong's last words were that’s one small step for man, one giant leap for mankind.

FUN FACT: Neil Armstrong had a "snoopy cap" to contain all of the communication equipment he needed on Apollo 11.

For more information about supporting Astronaut training and scholarship.

Watch the Moon Landing
60 Minutes Interview with Neil Armstrong
Embed code is for website/blog and not email. To embed your newsletter in a Mass Notification System, click HERE to see how or reach out to support@smore.com
close
Powered by Smore
Powered by Smore