The book The Help takes place in Jackson, Mississippi during the 1960's, when black people were deprived of many of the rights that white people had, and were struggling for their voices to be heard amidst the constant chatter of the whites. 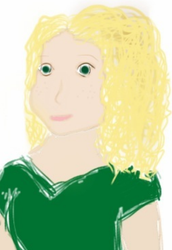 Skeeter has always wanted to be a writer. So, when she gets a letter from Miss Stein, an editor of the N.Y. Times, saying she has one chance to impress her with a stunning manuscript, Skeeter starts scrambling to put together a piece interesting enough to catch Miss Stein's eye. She starts interviewing a few maids in her town of Jackson, Mississippi, and her book, The Help, starts to take formation.

Skeeter starts writing Aibileen's story as the first chapter of The Help.

Skeeter stays up all night working on her manuscript, and once she finishes all she can do is mail it to Miss Stein, and hope she gets it in time and is willing to publish it.

Miss Stein enjoys the book, and the published copy of The Help, is out in stores and the sales are rising rapidly!

One must understand that Skeeter is taking a huge risk while writing this book, as are the maids that she is interviewing, and they could very well be arrested for advocating for black rights. To insure no one will know who wrote the book and which maids helped write it, each maid chooses a different name and Skeeter writes under the pseudonym Anonymous. 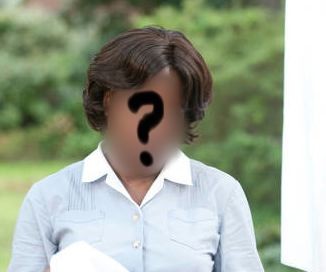 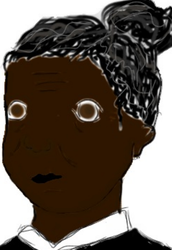 Aibileen is the first maid who takes interest in helping with Skeeter's book. She is the maid of the Leefolt family, in which the mother, Elizabeth Leefolt happens to be one of Skeeter's good friends. The Leefolts have one daughter, Mae Mobley, who is attached to Aibileen. Aibileen is always so kind to Mae Mobley, even when Miss Leefolt is not. Aibileen's best friend is Minny Jackson, one of the sassiest maids in town.

"You is kind, you is smart, you is important."

Miss Leefolt doesn't take time to treat Mae Mobley specially, and in fact sometimes makes her feel quite the opposite. Aibileen tells this to Mae Mobley every day to keep her confidence level up. 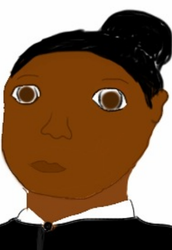 Minny is the best cook in town, but when she gets falsely accused of stealing from her boss, Miss Walters, who is Miss Hilly's mother, she is left without a job and a bad reputation. The only job she can get is working for Miss Celia, who is an outsider in town, strangely nice to her, and never leaves the house. After much persuasion form Aibileen, Minny finally agrees to help Skeeter with her book.

One of the funniest parts of the book was when...

Minny knows how to get her revenge after Miss Hilly accuses her of stealing from her mother, Miss Walters, and puts her mother in a nursing home, leaving Minny without a job. Everyone in town loves Minny's chocolate pie, so she decides to make one whole pie just for Miss Hilly. Miss Hilly eats two whole slices before she realizes that the secret ingredient in this pie is Minny's own poop. Miss Hilly sure deserved it though! 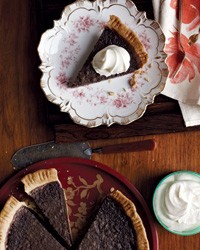 Many characters learn, grow, and gain a new perspective on their own rights and others'. Unfortunately, some characters are just so stubborn that they refuse to change their ways. Overall, The Help is truly an inspiring book that everyone should get the chance to read.