Get email updates from Gage:

When Al was a young boy, he witnesses local kids steal an old lady's washboard. He organized his own street gang and went to beat the kids up. He brought back the washboard to the old lady. He seemed to be doing the right things, but in the wrong way.

Al Capone as a baby

He was born to Gabriel and Teresina Capone. They were good parents and had a strong religious background. 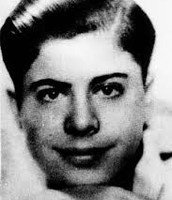 Al Capone as a kid or teen

This photo of Al is in his early stages of committing crimes, which put his life on a bad path.

Al Capone as an adult

At this time of Capone's life, he was a gang mobster and killed many people. He ran the city of Chicago and had all of his material possessions in his family's name. Chicago police could not trace any crime back to Capone.

When Capone was 14 he slapped his teacher. The principal gave him a lashing and Al was expelled from school to never return. Even though Capone had no formal education, he was very smart. He knew to think ahead of time when purchasing anything worth value. He paid for everything in cash so he wouldn't be caught for any crimes.

Bugs Moran, Al Capone's arch enemy tried to have Al and his gang killed. It was then that Capone came up with a plan. He had his men dress up as police officers. They followed Moran and his men to a warehouse where they pretended to be officers in an undercover sting. Moran's men dropped their weapons and held their hands above their heads, thinking they were being arrested. Capone's men opened fire, killing all of Moran's men and wounding others. Capone was nowhere to be found during this event. He planned it from Florida so that he could not be associated with the killings. 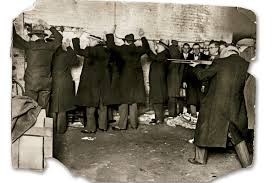 Al Capone bought many valuables with cashso the police couldn't back track his credit. He put all of his big purchases, like houses and cars in his wife, mom and sister's names. The federal government was finally able to pin down Al Capone and his people on not paying taxes.

Al Capone served 11 years in a state prison. When he was in state prison the guards and warden treated him like a king. They gave Capone a couch in his cell, carpet, a TV, a Queen sized bed, silk underwear and all his fancy clothes. Capone was able to run his empire from the state prison. It was then that he was sent to Alcatraz because of his inability to follow the rules of the state prison.

When Capone was sent to Alcatraz he tried to get guards to give him special privileges. Another inmate of Alcatraz attempted to stab him in the back with a pair of scissors, but failed. The warden cut off all of contact for Capone so he became weaker and was unable to control and run his businesses. Al suffered from the disease syphilis that he contracted from the many prostitutes that he was with. Al began to slowly die.

As Al Capone got worse with syphilis on Alcatraz they took him to the prison hospital. The syphilis started to give Capone more health problems to the point that Capone was near death.

Al Capone died on January 25th, 1947 from the effects of syphilis. He lived his final days with his wife, Mae in Miami. Capone is buried in Mount Caramel Cemetery in Chicago.