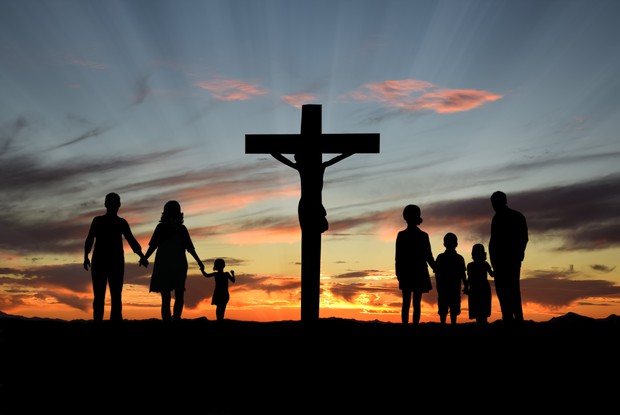 Editorial: The business of telling The Story

The title Mission and Money gives our readers insight into the purpose or aim of this communication. It clearly links the mission of The Salvation Army to the practical matters of supporting what happens in program and service every day in this territory.

Easter brings forgiveness, light, energy, love and peace - exceeding all expectations. It underscores that there is opportunity for a fresh start whether it is a second, third or tenth chance.

The business of The Army has always been, and continues to be, supporting the telling of this story. For the lost soul, the weary addict, the desperate teen, the regretful parent, making sure there is a Salvation Army nearby is the heartbeat of the business group. It is, in fact, critical!

We support the telling of that story in providing facilities, staff, program and the stability of remaining in the communities of the Canada and Bermuda territory - that is our business. If the future of our work is threatened, then so is the ability to remain long enough for people to hear and believe that the good news is for them. Our work allows time for people to believe that the death and resurrection of Jesus are for them! In fact, in remaining stable we actually make it possible for people to flourish!

Imagine a flourishing community made possible by what we do. It is not just a possibility. It is currently a reality all across the Canada and Bermuda Territory.

“One generation commends your works to another, they tell of your mighty acts.”

On March 15, 2017, the Territorial Finance Council reviewed and approved budgetary submissions for divisions and ministry units for fiscal 2018 (i.e. year ended March 31, 2018). In this article, we present some of the highlights of these budgets. Information concerning THQ budgets will appear in a future issue.

Overall, divisions will make operating grants of $47.2 million towards expenses incurred by ministry units in 2018, down from $48.5 million in 2017.

Five of nine divisions are reducing their operating grants, a reflection of shortfalls they are facing in the key sources of grant funding, namely, the National Red Shield Appeal and legacies.

In addition, divisions will make grants of $8.8 million for property projects, down from $15.0 million in 2017.

Despite overall reductions in both operating and capital grants, five divisions are budgeting for deficits in the year ahead.

All divisions have sufficient funds to cover three months’ operating grants, and are forecasted to be able to also meet this requirement by the end of fiscal 2018.

By March 31, 2018, 142 ministry units are expected to have insufficient reserves to meet three months’ operating expenses and 78 of them are expected to be in a worse position than they were at March 31, 2014. Only 21 units have been exempted from this requirement due to funder constraints with respect to the accumulation of reserves, leaving 121 units that are considered at financial risk.

In addition, the number of self-supporting corps has declined, from 71% in 2017 to 68% based on 2018 budgets. Six of nine divisions have seen declines from a year ago.

Only 16 ministry unit budgets were not approved: these were from units budgeting for deficits without a source to fund them.

The good news is that most divisions and ministry units are in a healthy financial position; the bad news is that much work is required in the days ahead if the remaining units are to achieve the financial viability that is essential to long-term mission viability.

The Role of the Audit Committee - II

This follows on from Part I, which focussed on the areas in which an Audit Committee exercises oversight. We now turn to membership of the Committee, and its communications.

The Committee has to be independent of The Governing Council and of the finance department. While two of its members are “ex officio” – the Chief Secretary and the Secretary for Business Administration will serve by virtue of their roles – three members of the Committee (a majority) are completely independent of the Army, and are “financially literate”, i.e., they have the ability to understand financial statements of a level of complexity that are comparable to that of issues reflected in the Army’s financial statements. The Army has been able to attract three accountants with impeccable credentials to serve in this role:

The Financial Secretary and the Director of Internal Audit shall attend meetings, as required, by invitation of the Chair (Patricia O’Malley). Also, the external auditor may attend and participate in all meetings of the Committee.

The Committee will report to The Governing Council annually on its work during the past year, the results of its annual performance evaluation and its work plan for the coming year.

In 1943 Thomas Watson, Chairman of IBM, said “I think there is a world market for maybe five computers”. As the Danish proverb reminds us “It is always dangerous to prophesy, particularly about the future.”