Gen is using Smore newsletters to spread the word online.

Get email updates from Gen:

Are Gladiators Victims or Heroes?

Are Gladiators Victims or Heroes?

Views of a Gladiator

When the romans conquered Gaul, they had taken prisoners with them. These were either slaves, gladiators, or both. Gladiators were victims in their own eyes, as they were taken from their homeland, sold to a stranger, and then expected to fight animals and kinsmen. To the public, the victors were heroes, to be praised and idolized. Good gladiators were like ancient roman celebrities. The losers were forgotten after 5 minutes of attention. 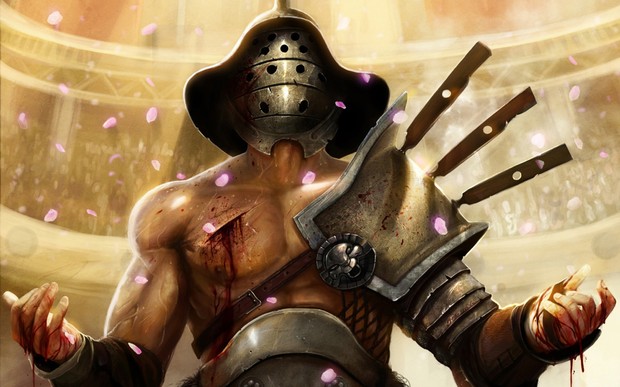 The emperor would decide life or death in the arena. A thumbs up means that the gladiator fought well and will live. Thumbs down means that the gadiator's career is at an end.

The crowd at gladiator games could be bloodthirsty as the gladiators. The crowd helped the emperor decide life or death. They could decide death for any reason. If you were not Roman, they might be rid of you. A prisonor? Throw him to Pluto!

The gladiator's job was, essentially, to put up a good fight and die. Once they surrendered by raising a finger, they must accept the emperor's sentence.

Gladiators were, for the most most part, prisonors of war and criminals. But free men(and women) also signed up for the fame and glory. The contract gave the owner permission to beat them and other punishments. Financially challenged aristocrats would join for the money. All were sent to a lanista, or gladiator trainer. They would train in a style of fighting particular to a gladiator. Each different type of gladiator would have a different set of equipment. The secutor, for example, had a heavy shield and sword, as well as armor.

Gen is using Smore newsletters to spread the word online.