The Effect on Soldiers 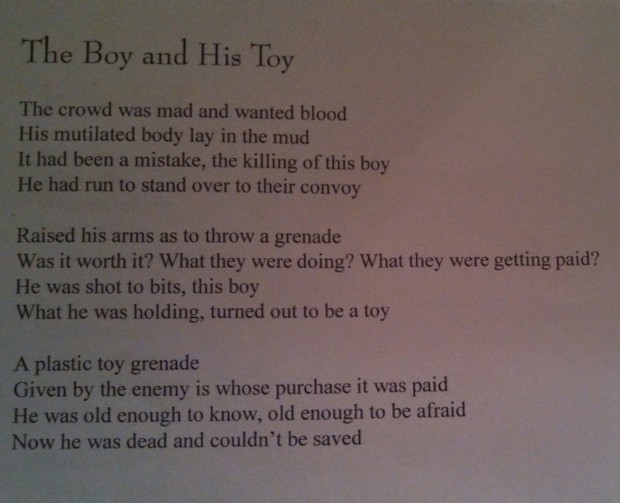 Break down of the poem

The poem above is from a soldier in modern day stationed in Iraq. The main point of this poem is to display a very solid piece of evidence on how brutal enemies of the United states are. In WWI everyone was considered fair game. Due to this ideal of everyone being a target there was mass destruction and thousands of innocent lives lost in cross fires. In past wars a life that was lost due to cross fire wouldn't even be bothered by. In modern day warfare lots of things have changed. Killing an innocent life in modern day is unacceptable. The poem is written by a man that mistakes an innocent boy for an enemy and kills him. This event can traumatize a soldier for the rest of their lives.

WWI was causes by imperialism. The want of other countries to obtain more land caused fighting between countries. Previous to the war declarations, alliances were formed. The two alliances were called Central Powers and the Triple Entente. The Central powers included Germany, Ottoman empire, Bulgaria, and Austria Hungary. The Triple Entente included France, England, and Russia. There is no absolute explanation on which country led the world to war because each country did its part to add more tension. Modern wars are caused mostly by civil wars or national terrorism. 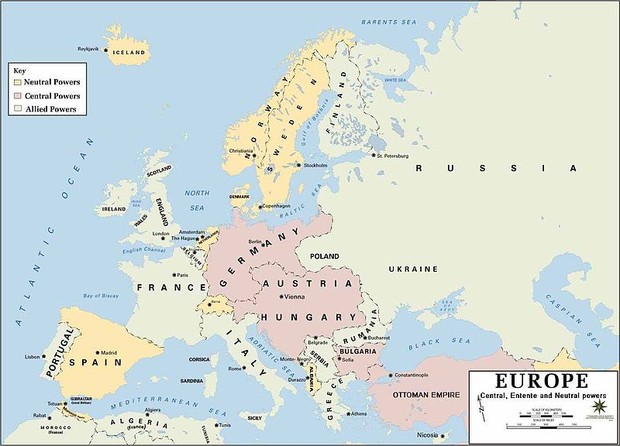 Overview Changes Over Time in War

From WWI to modern day, many things have changed, from strategies to technology. Back in WWI there was little to no value for life. Modern warfare respects the lives of innocent people.

Follow Alex Eisenberg
Contact Alex Eisenberg
Embed code is for website/blog and not email. To embed your newsletter in your email, click HERE to see how or reach out to support@smore.com