So many seniors have applied to college and have already received acceptance letters! Juniors are off to a fantastic start of their second half of high school and have completed the PSAT. Everyone is well on their way to successfully finishing the first semester. This edition includes important updates, accomplishments of students, and information on upcoming events, deadlines and activities. Don't forget to check out the bottom for the listing of seniors who have been accepted to college and those who have already been offered scholarships as well! Congratulations! 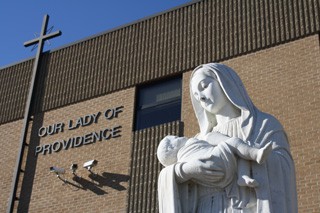 Are you signed up for reminders?

Click the above links to get connected for reminders throughout the school year for college visits, deadlines, scholarships, and other important things to keep track of! Let Mrs. Losey help you stay on track and organized.

Do you need help in a class? Don't give up! Take advantage of the free tutors at PHS! National Honor Society members are available to tutor students. Please contact your counselor if interested in a one-on-one tutor. Your tutor will be matched with you based on the subject(s) in need. BLUE DAY tutoring with a NHS student is also available to students.

PSAT Test Results from the October exam are expected to be released to students on December 10th. Counselors will meet with students in early January to review the score reports.

Juniors: register now for the SAT or the ACT in the spring. Seats fill up so be sure to save the date(s) you need! Paper copies of practice exams are in the counseling office for free. Stop by to pick up a sample test any time.

Do you want to play sports in college? Students who are planning to play Division I or Division II athletics should register with the NCAA their junior year of high school. http://www.ncaa.org/student-athletes/future

Students should also consider registering with the NAIA if planning to play in that division. Scholarships are available to some players. Some popular schools in the area who are NAIA are: IU Southeast, Grace College, Goshen College, Taylor University, Brescia University, Berea College, and Georgetown College. For more information: https://www.naia.org/why-naia/index

It's not too late to apply to college!

Some colleges require official test scores to be sent directly from the College Board for the SAT and through www.act.org for the ACT test scores for a fee. Example: IU Bloomington

The 2020-21 FAFSA form is here! Some states and schools have limited funds, so submit your application today. Also, check out the new myStudentAid app for iOS and Android.

Every senior should complete the FAFSA and each following year of undergrad/graduate school. Many PHS seniors have already completed the FAFSA. For students and families with questions here are some resources, and of course, please contact Mrs. Losey with questions.

The Director of Financial Aid, Pam Meek, presented at the Financial Aid Night in September and came for the November workshop in the library. She is still available as a resource and can be reached at pmeek@ivytech.edu.

Video on the different types of student aid: https://youtu.be/Pn4OECMTh5w

Where to complete the FAFSA: https://fafsa.gov/

Q: Okay, so I've applied to college and sent everything in. What should I do next?

A: Apply for Scholarships!

The #1 regret I hear from past graduates is that they didn't apply for more scholarships.

Below are a few scholarship opportunities. Be sure to check out the Guidance Tab on the school website for more scholarships and search engines. https://www.providencehigh.net/

The Center for Women and Families is here at PHS today and tomorrow (Dec 2-3) with junior students in Ms. Vander Woude's classes. They were previously here at PHS with Mr. Loner's classes earlier in the semester. The educators from the Center are teaching a healthy relationships lesson with the students to educate and empower the students in their development of relationships with peers.
Get Directions

Annual Christmas Dance at PHS from 8:00-11:00 pm! Sponsored by SADD Club/PHS Counselors. Come celebrate the completion of the first semester!
Get Directions

Students have Christmas Break 12/20-1/1. First day of classes resumes on January 2nd. We wish everyone a happy and restful break.

Congratulations on your Acceptance!

Colleges and universities are just beginning to process the thousands of applications they have received. If you haven't received notification yet of your application status, you will soon. The following are students who have been accepted to a college AND have shared their acceptance status with the Counseling Department. An updated list will be published in the following newsletter.

If you have received an acceptance letter but do not see your name on the list, forward the acceptance email or bring in a copy of your acceptance and the list will be updated next month. The Counseling Department keeps a record of all acceptances and scholarships awarded even if a student attends another school. 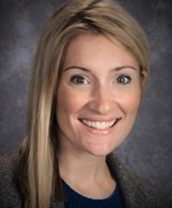 Our Lady of Providence High School

Remind Code for Class of 2020: https://www.remind.com/join/phs20blue

Remind Code for Class of 2021:https://www.remind.com/join/phs21blue

Visit our website for more information on upcoming events, scholarships, and resources!