Ezekiel is using Smore newsletters to spread the word online.

Get email updates from Ezekiel:

Come one come all to the St.Peter Museum Of Renaissance Art! Where we show you some of the greatest pieces of all time. The renaissance art period began around 1400 AD in Italy During the renaissance time period, art made a huge impact on Europeans as the modernization of different art forms including painting and sculpting spread throughout europe. The renaissance artistic era marked the transition of the medieval period to the early modern age. Including works from Michelangelo, Van Eyck, Donatello, Rafael and many more! This is for a limited time only! Come and see this wonderful exhibit for yourself!

Michelangelo was a famous inventor, musician, artist, and writer during the renaissance era. He was even know as the "Renaissance man" for all of his achievements in many of the fields that were becoming highly advanced during this time period.

Come to our exhibit see see more great works by the "Renaissance Man" himself! 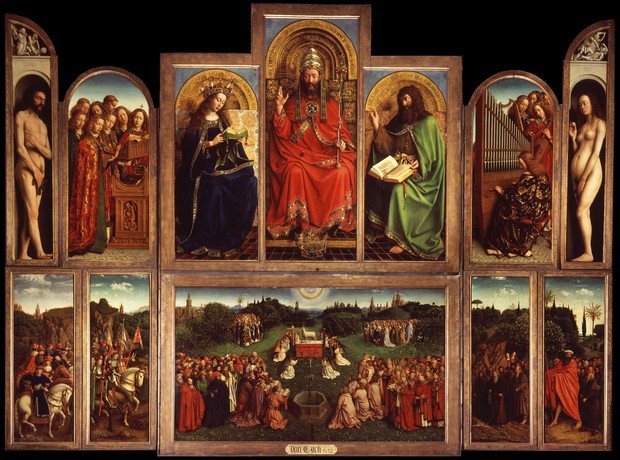 Another great artist you will learn about is Jan Van Eyck. Mr Eyck is known as the father of Dutch fine painting and the inventor of oil paintings. Though this idea is sometimes disputed, it is known that he was one of the first artists to try painting a second layer before the first layer on a painting had dried using oil paint. His most famous work is the altarpiece for St.Bavos Cathedral in Ghent. If you would like to learn more about Dutch oil paintings and the famous Jan Van Eyck, come visit our exhibit!

*Above: The Ghent altarpiece 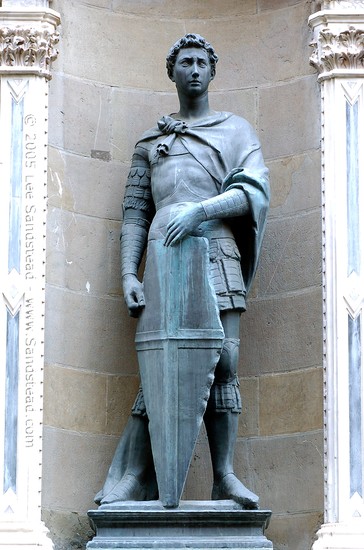 Donatello was a famous early renaissance Italian sculptor from Florence. Many of the famous Renaissance era sculpture you have seen where probably made by his hands. Donatello created many of his sculptures larger than life like with very descriptive and dramatic facial expressions. This unique style of his is what made him such a famous artist in his time and still today. If you find sculpting and clay work interesting, we are sure you would love our Donatello exhibit.

*Above: "St.George", by Donatello 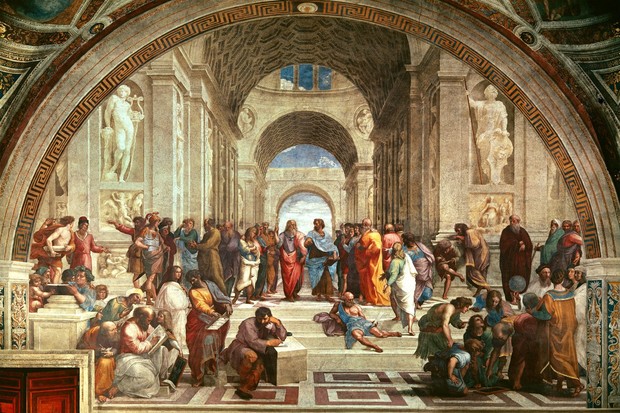 Rafael Sanzio da Urbino was a painter and architect from Urbino, Italy. His work along with Michelangelo and Leonardo da Vinci is considered as the trinity of great artistic masters during this time period. In fact. Rafael famously had a bit of a rivalry with the great Michelangelo himself! Rafael's style was known and respected for its clarity and for achieving the neoplatonic idea of human grandeur. Neoplatonism was an ancient tradition from the 6th century influenced by the great philosopher Plato.

*Above is probably Rafael's most known painting, "The School of Athens".

Art from the Renaissance era still greatly influences us today. Without artists like Van Eyck and Michelangelo, art forms such as oil painting would not be as significant as it is today. Renaissance art even has an influence on much of today's modern street wear. Our exhibit also includes pieces of art and clothing that has been influenced by art from this era.

*Below is an example of a street wear company called Bad New York Bunch that makes some of their more recognizable clothing with prints of famous renaissance paintings. 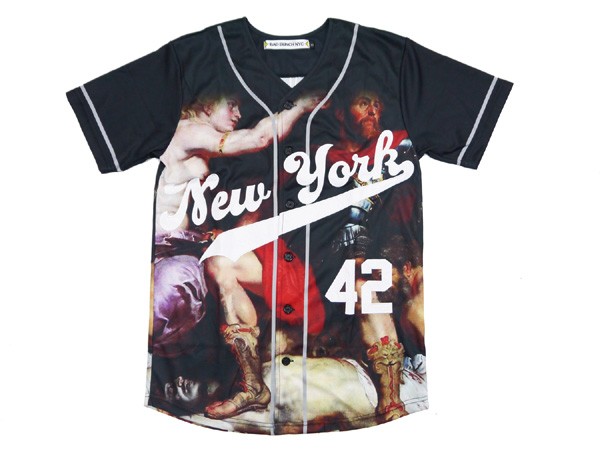 Ezekiel is using Smore newsletters to spread the word online.