Kaitlynn is using Smore newsletters to spread the word online.

Get email updates from Kaitlynn: 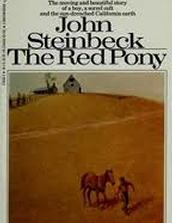 The Red Pony is a classic novel by John Steinbeck who is the author of many other books. The main character is a little boy, Jody. He lives on a ranch with horses, cattle, chickens, pigs, and dogs. The novel consists of four mini stories. They all have the same characters in them but the second one which has a secret person in it. 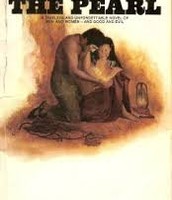 Another book by John Steinbeck. 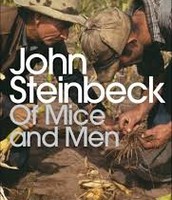 Another book by John Steinbeck.

Review of the book

I liked the book I can relate to the story very well because I live on a ranch like Jody does. My father is strict but not as strict as Jody's father. The layout of the book is very easy to read. The book is a fast and easy read if you need to do a classic novel for a book review I recommend this classic novel.

Jody- Is the main character who is a little boy that wants to have a pony.

Billy Buck- Is a single ranch hand who is good friends with Jody's father.

My Favorite passage of the book

"And then came the training on the long halter. That was slower work. Jody stood in the middle of a circle, holding the long halter. He clucked with his tongue and the pony started to walk in a big circle, held in the long rope. He clucked again to make the pony trot, and again to make him gallop. Around and around Gabilan went thundering and enjoying it immensely. Then he called "Whoa," and the pony stopped. It was not long until Gabilan was perfect at it. But in many ways he was a bad pony. He bit Jody in the pants and stomped on Jody's feet. Now and then his ears went back and he aimed a tremendous kick at the boy. Every time he did one of these bad things, Gabilan settled back and seemed to laugh to himself."
The Red Pony Original Trailer 1949 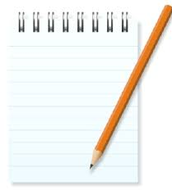 Book Cover Picture of the Pearl:http://pixshark.com/the-pearl-by-john-steinbeck-book-cover.htm

Kaitlynn is using Smore newsletters to spread the word online.