May is using Smore newsletters to spread the word online.

Get email updates from May:

I've chosen that particular rescue story because I think it's so importent for us to know, That story isn't familiar to us and that story is a "big part" of the IDF's history.

Actually, IDF were "starting out" to serve the state of Israel (the soldiers were not trained enough)...

The commander of the those days-during which the story takes place (1953), Shlomo Erel, sent IDF (navy of Israel) to practice in the Aegean sea that close to Kefalonia island in Greece with budget of 1,500 US dollars from USA.

The soldiers practice there for four weeks... suddenly, a strong earthquake in the area(7.3 Richter scale)!

The powerful earthquake and the volcano erupts, they risked the life of locals who lived in the Kefalonia island!

But, the IDF came to save them and after they saved them, they also helped them (with British sailors) to continue to live as usual; they present them food and water,protection,medical assistance.

I choose Brosh Arye as my hero.

He was a part of Palmach.

He served at the tugboat of Hifa Port and was a solider at the first naval officers.

In the story he was captain of the "Hahi Mivtah" Israel boat which he used like an ambulance and took 400 people from this area to the hospitals.

Arye Brosh helped alot to the success of this rescue very brave and devoted.

Soliders from the Israeli divers forces were on training in Greece in 1953. Suddenly they heard S.O.S voices on the boat's radio there was an earthquake they didn't think to save their own life and called the Israely Navy and the British forces to helped this people. 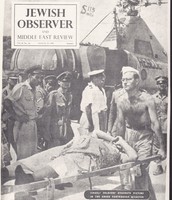 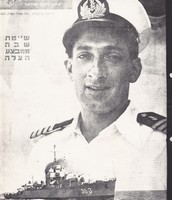 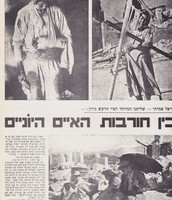 Summary about the project

At this project I learned more new vocabulary.

I learned that it really exists if a person helps someone next time when he will be in trouble maybe this time someone else will help him and it will be worth to him.

This story told about that Israel saved Greece and In 2010,Greece was the first country which sent teams of firefighter,planes and firefighting equpment at the fire that was on the Carmel forest.

Connect with May Reshef

May is using Smore newsletters to spread the word online.